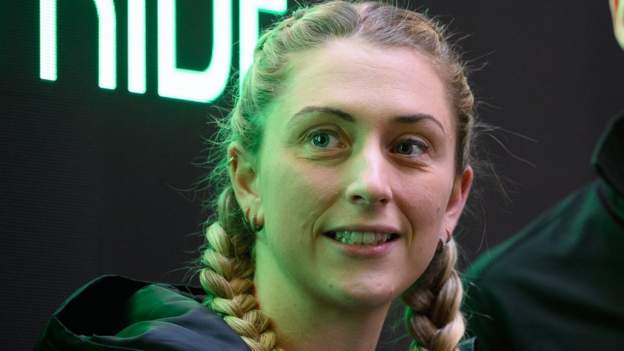 Five-time Olympic cycling champion Laura Kenny says she has had a miscarriage and an ectopic pregnancy in the past five months.

But in November the 29-year-old miscarried at nine weeks.

Still feeling unwell after catching Covid in January, she was then rushed into surgery with an ectopic pregnancy.

“Scared doesn’t even come close. I lost a fallopian tube that day,” she said.

“I’ve always known I was tough, but sometimes life pushes you to an unbearable limit.”

An ectopic pregnancy occurs when a fertilised egg implants itself outside the womb, usually in one of the fallopian tubes.

“Since the Olympics we haven’t had much luck and it’s been the hardest few months I’ve ever had to go through,” she said.

“Jason and I fell pregnant immediately after the Games and we were absolutely chuffed to bits. But unfortunately in November when commentating at the Track Champions League I miscarried our baby at nine weeks. I’ve never felt so lost and sad. It felt like a part of me had been torn away.

“I grabbed for my safety blanket, bike riding! I found myself back in my happy place training again. I then caught Covid in mid-January and found myself feeling really very unwell. I didn’t have typical Covid symptoms and I just felt I needed to go to hospital.

“A day later I found myself in A&E being rushed to theatre because I was having an ectopic pregnancy.

“If it wasn’t for Jason and Albie getting me through the day-to-day I’d have been broken.”

Kenny returned to racing at the UCI Track Nations Cup in Glasgow on Thursday, winning silver in the team pursuit.

She later wrote on her Instagram story: “It feels ‘brave’ talking about miscarriage and baby loss. But it shouldn’t be.

“Jason and I felt lonely going through it and like we had taken the happiness away from our families by not telling them.

“They didn’t get the joy of thinking another baby was on the way, only the sad.

“Miscarriage is a lot more common than people realise which is why we have decided to share our heartbreak, to help support others.”

In 2021, England netball player Chelsea Pitman said it was time to “start a conversation” about miscarriage after she miscarried twice and had an ectopic pregnancy in the previous two years.

Former Roses head coach Tracey Neville had a miscarriage a day after leading England to netball Commonwealth gold in 2018.

If you are affected by any issues relating to this story then please go to BBC Action line for information and support.