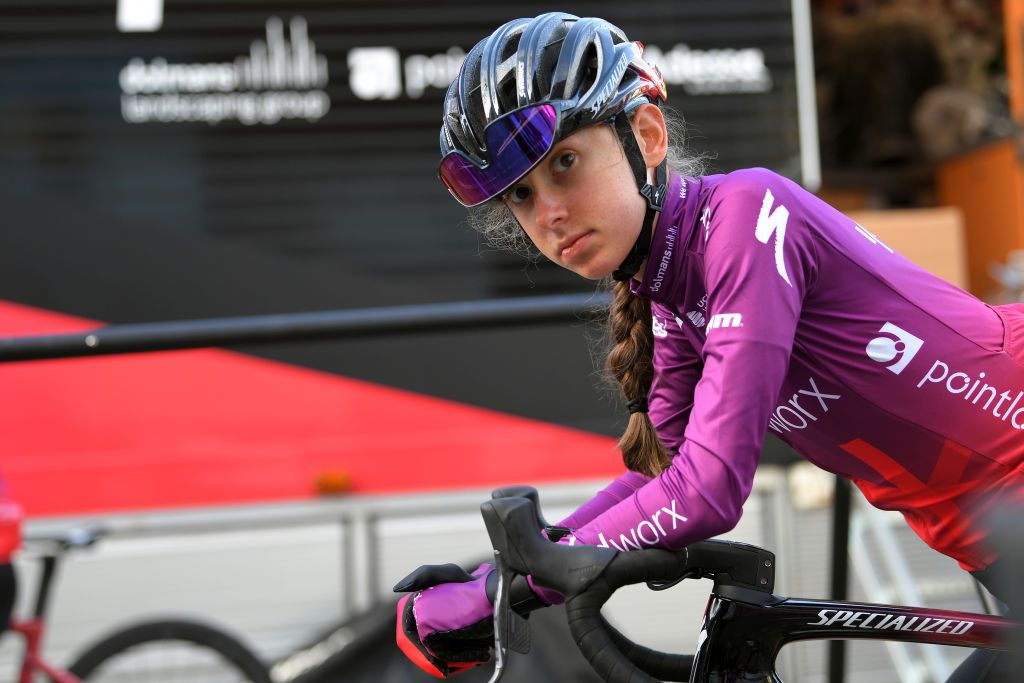 Anna Shackley (SD Worx) has described her first season as a professional as ‘surreal’ but full of good experiences, after a year that saw her race the Tokyo Olympics road race and become British under-23 time trial champion.

“It’s been mad, everything was pretty surreal,” she said of joining SD Worx in 2021. “And I had nothing really to compare it to, because I didn’t race at all really the year before, but it was nothing but good experiences.”

Despite being one of the youngest riders not only in the team but in the whole peloton, Shackley views joining a team as prolific as SD Worx at 19 as an opportunity to learn rather than a daunting move.

“I quite like being a younger rider because you got away with a few more things,” she said. “Like I could mess up a little bit, especially with it being my first year. And there’s so many girls to learn from, it’s nice.”

“It’s a huge jump, going from junior races to elite was quite intense, but I think you learn quick. I wouldn’t really want to be on any other team.”

Shackley primarily rode in support of her teammates this season, both with SD Worx and as Lizzie Deignan’s sole compatriot in the Olympics road race.

Though mainly in a support role this season, Shackley said the team still encouraged the younger riders to race for themselves if they could.

“I was mostly racing with Niamh [Fisher-Black] this year, and Danny [Stam, sports director] is always mentioning that if we get in a break, if we have the opportunity, we race for it,” she said. “He’s always talking about us having the opportunity to race for ourselves. There’s very much the sense that if you don’t try, then you’ve already failed. So they’re very good in that way: if you go for it, then they have your back.”

Shackley is happy to have the support of the team, but she is realistic about the added pressure that will come with leadership in a team like SD Worx.

“I’d quite like that [to have the chance to race for the win],” she says. “But I also wouldn’t want to be put in that position unless I’m sure I can provide a result. I wouldn’t want people to sacrifice their race for me, and then for me to not fulfill the role. It is a lot of pressure having such good teammates behind you.”

As she heads into her second season with the team, Shackley already has some races she’d like to target: she is aiming to return to the block of Spanish races in May, and is hoping for a call up to the Giro Donne as she continues her development.