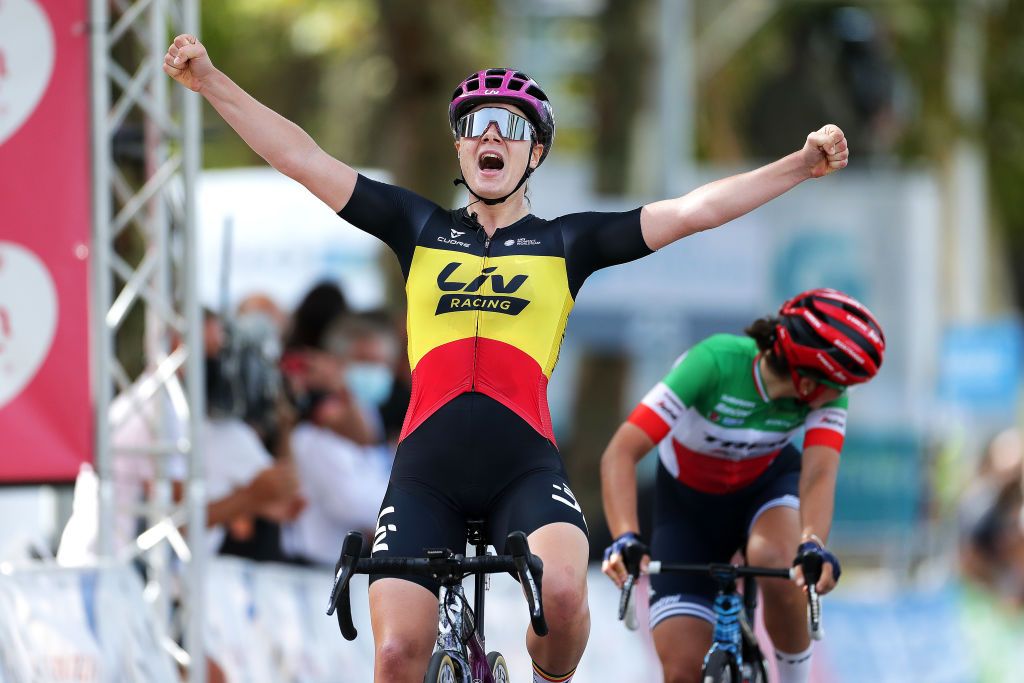 In the latest of a string of controversial remarks, Deceuninck-Quickstep team boss shot down the idea of his organisation launching a top-tier women’s squad in the manner of Jumbo-Visma, Lotto Soudal, Movistar, Trek-Segafredo, BikeExchange, Team DSM, FDJ, and now Cofidis, quipping ‘I’m not the OCMW’ (a Belgian welfare organisation).

Speaking on the Het Laatste Nieuws Sportscast, Lefevere was asked when he would start a women’s team. “When there are enough good riders in Belgium,” Lefevere responded.

“It doesn’t necessarily have to be a typical Belgian team, but unfortunately I don’t see them. Jolien D’hoore stops. Anna van der Breggen stops. Only Van Vleuten is left, but she is with Movistar. I like the Danish Cecilie Uttrup Ludwig. I think she’s funny and she’s also pretty good.”

The 66-year-old only sees the vast chasm between Belgium and the powerhouse Dutch riders and other well-established Women’s WorldTour riders. “I was following a race in Italy. [Elisa] Longo Borghini won, the first Belgian girl became 40th at five minutes.”

Lefevere further demonstrated his lack of knowledge of women’s cycling by suggesting no Belgian women made the lead group in the Brugge-De Panne WorldTour race, stating, “If a group of 50 drives away in De Panne and there is no one there… With all due respect, but I’m not the OCMW (Public Centre for Social Welfare) either.”

Jolien D’hoore and Lotte Kopecky finished third and fourth, respectively in this year’s De Panne. In 2019 and 2020, Kopecky landed on the podium there and D’hoore won it in 2018.

When asked if an investment by a prominent Belgian WorldTour organisation wouldn’t help raise the level of the women’s peloton in the country, Lefevere was similarly opaque. “What should you start with? You first have to convince those women to become cyclists. I also don’t have the experience, time, money or desire to invest if I don’t know where I will end up.”

Lefevere’s controversial comments regarding women’s cycling are the latest in a series of escalating outbursts in the media. In July, he made the extraordinary insensitive claim that Sam Bennett’s return to Bora-Hansgrohe was similar to ‘women who return home after domestic abuse’. He made these highly insensitive comments in his weekly column in Het Nieuwsblad, and he issued an apology in his column following week.