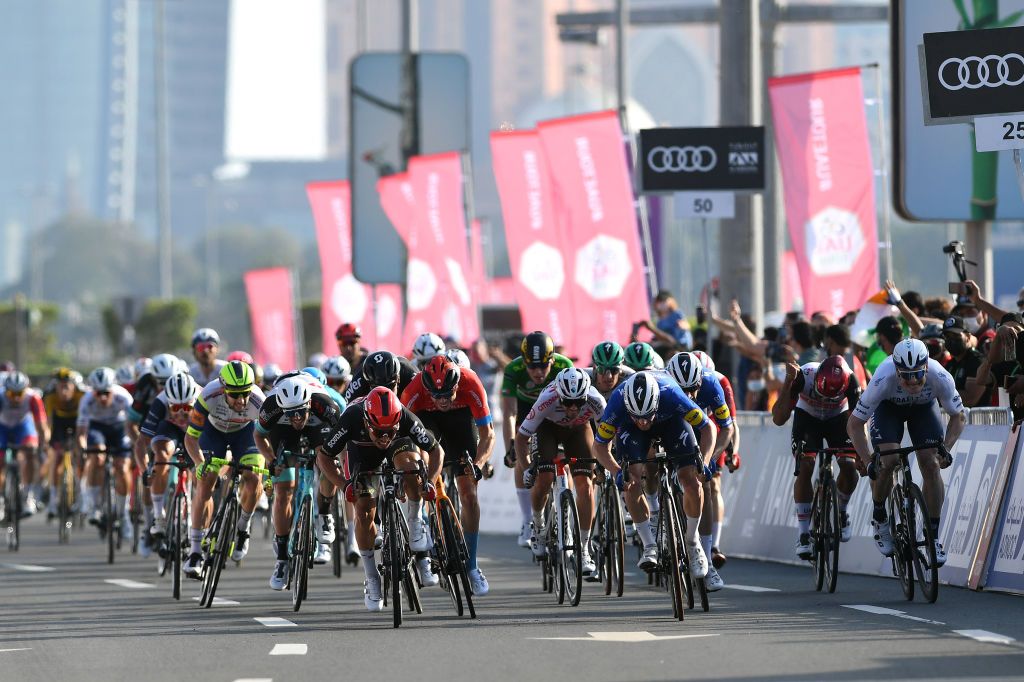 The one-day race from La Nucia to Valencia is only a 1.2 category event and has attracted a mix of ProTeams and Continental teams but it would be highly symbolic and prestigious to become the first winner of the 2022 European road season.

The level of competition and the quality of the peloton steps up massively next week with 10 WorldTour teams riding the five Challenge Mallorca races on the Balearic island between January 26 and 30. Others will then be in action at the Grand Prix Cycliste de Marseille La Marseillaise race in the south of France on the 30th as the whole peloton clicks up a gear.

February is packed with short stage races and a series of one-day races in Spain, France and the Middle East, with triple-race programmes filling the first three weeks of the month. Indeed, there are only four days in the month where there isn’t a pro men’s race.

The women’s season begins with the Vuelta CV Feminas on February 6, with Cycling News publishing a separate preview next week for a 2022 season that includes the Tour de France Femmes.

Of course the early-season races are about purpose rather than prestige. They exist to offer early racing before bigger goals, to test fitness and reduce body-fat levels, to fine-tune new sprint lead-out formations and indicate what high-end training still needs to be done. For teams fighting for places in the 2023-2025 WorldTour and the ProTeam rankings, points will also be important.

Few riders will be holding back, most will be deep into their training plans; modern-day racing and ambitions no longer follow the traditions of old.

Despite some concerns about COVID-19 and a number of cases in teams, most riders can’t wait to start racing.

With the Tour Down Under and the Vuelta a San Juan in Argentina cancelled due to the COVID-19 pandemic and only a few professional riders returning to Australia and New Zealand for their national championships or riding the Vuelta a Tachira in Venezuela, 99 per cent of the men’s peloton have not raced since October or before.

Many will know their race calendars and early-season goals. After the Clàssica Comunitat Valenciana and the Challenge Mallorca and as February dawns, the intensity and importance of races increase.

The Volta a la Comunitat Valenciana should also spark a fascinating duel of young talent between Remco Evenepoel (QuickStep-AlphaVinyl) and Juan Ayuso (UAE Team Emirates) on form and hungry to show it.

Mark Cavendish (QuickStep-AlphaVinyl) has been tipped to make his return to racing at the Tour of Oman (Feb 10-15). The 2022 edition of the race has still to be publicly confirmed by organiser ASO but teams are preparing for a week of warm-weather training and racing in the Middle East.

There are also other races in Spain and the Tour of Antalya in Turkey (Feb 10-13) while the Vuelta a Andalucia – Ruta Ciclista del Sol in Spain (Feb 16-20), overlapping with the Volta ao Algarve in Portugal before the UAE Tour kicks off the WorldTour on February 20.

Evenepoel will be in action in the Algarve, alongside David Gaudu (Groupama-FDJ) and even Tom Pidcock (Ineos Grenadiers), who will have little rest between the cyclo-cross World Championships and a full spring Classics campaign.

UAE Tour and beyond

Of course, teams and riders will carefully pick their races and objectives to suit their roster and sponsors desires. Some riders will start racing  later than others, the bigger names including altitude training camps in February in the hope of peaking later in the spring.

The next six weeks will lay the foundation for the rest of the season, indicating the narratives and drama to follow. Can Peter Sagan (Team TotalEnergies) recover from COVID-19? How much will Mathieu van der Poel’s (Alpecin-Fenix) back injury affect his spring? Can anyone beat Pogačar? Will QuickStep-AlphaVinyl still dominate in 2022?

Once February turns to March we will have some answers. The early season is officially over and the stakes are far higher.

The Belgian Opening Weekend leads rapidly to Strade Bianche, Paris-Nice and Tirreno-Adriatico. From there it is a high speed sprint into the Spring Classics, the Giro d’Italia, the Tour de France and the high summer.