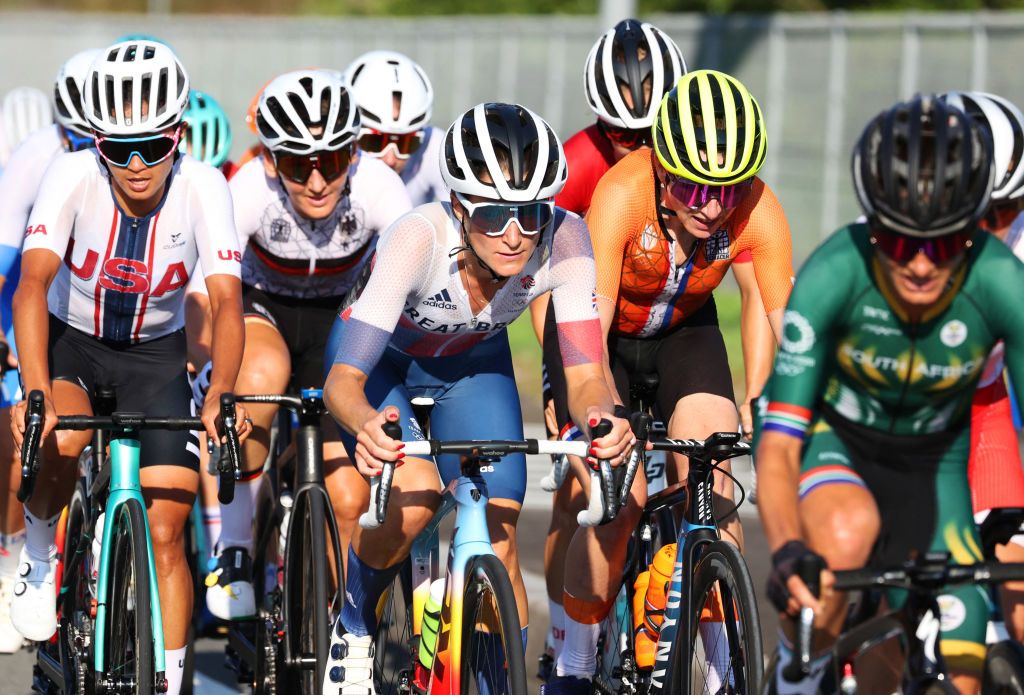 Lizzie Deignan is on track to a third season peak ahead of the elite women’s road race at the UCI Road World Championships. The 32-year-old will lead a powerful team of six riders for Great Britain in the hopes of securing her first world title since she won in Richmond in 2015.

“Potentially, yes,” Deignan said when asked if this will be her best shot at a second world title in the previous six years. “This route suits be better than some of the others that had a touch too much climbing.”

Deignan took time off from racing to give birth to her first child in 2018 and did not compete at the World Championships that year. Her best place at the event since her win in 2015 has been fourth in Doha 2016, and sixth in Imola 2020. She said that Yorkshire 2019 suited her well, too, but a tactical race led her to finishing 31st in Harrogate.

“Yorkshire suited me really well but it was a tactical race. I feel like I’m a bit of an all-rounder so I try to focus on the World Championships, on which ever the circuit. It’s been a big goal for quite a while now.”

Deignan spoke with Cycling News just prior to the official Team GB selection announcement, but she said that she has been especially impressed with the young riders coming up through the ranks, and pointed to Henderson and Shackley as two of the future riders of the sport.

“Anna Henderson has hugely impressed me. She’s at Jumbo-Visma and you can see her talent developing, and the move to that team was good for her. You can see that she’s developing faster and has grown confidence and I could already see, having done the Yorkshire World Championships with her, she was really strong and a really good teammate. I’m excited to see her coming through with her own results now, too,” Deignan said. Henderson recently finished third overall at Baloise Ladies Tour and won the overall title at Tour de Belle Isle en Terre.

“I was teammates with Anna Shackley at the Olympics and she’s a great climber and a great domestique who has worked really well at SD Worx, and I see her at the front of the peloton doing her job, really progressing well, and for a young rider she’s an exciting prospect.”

The elite women will race 157 kilometres between Antwerp and Leuven, with the course including 20 short climbs and a total elevation gain of 1,047 metres. The race starts at the Grote Markt in Antwerp and travels south for 55km to two distinct finishing circuits; the Leuven circuit includes four climbs, and the Flandrien circuit consists of six climbs. The field will first complete one and a half loops of a local circuit in Leuven, followed by one loop of the Flandrien circuit, and then two and a half final loops of the local circuit in Leuven.

Deignan said that while the route isn’t the same as the Tour of Flanders, an event that she won in 2016, she thinks it will suit her strengths.

“It’s cool to have a World Championships in Flanders, but it is quite different to the Tour of Flanders. It’s in that region so there are cobbled climbs and short punchy climbs and so it will be similar, in that sense, and that kinds of racing suits me,” Deignan said.

Deignan came into the season with a focus on the Spring Classics, Olympic Games and then the late-season block with the World Championships, now followed by Paris-Roubaix and the Women’s Tour in October. She is currently racing at the Tour de l’Ardeche, which is part of her training plan toward reaching a third fitness peak of the season.

“We didn’t take a team for the European Championships, and I need racing. I haven’t had that racing break right after the Olympics, probably if you’re building up to the World Championships, it’s not the most ideal time to have a break, so you kind of have to reshuffle your calendar to see where you can get enough racing,” Deignan said.

“The fact that we have a block of racing post-Worlds, which is really important with Roubaix and the Women’s Tour, and Nationals for me, so I’m hoping that I have enough steam left at the end of the season. I’m starting what feels like the third peak of the season.

“I’m a rider that peaks and troughs, and never really keeps form for a huge length of time. I’m able to hold a peak for about five or six weeks but I do need that time to back off before I peak again. I’m hoping that I find the peak again for the World Championships.”