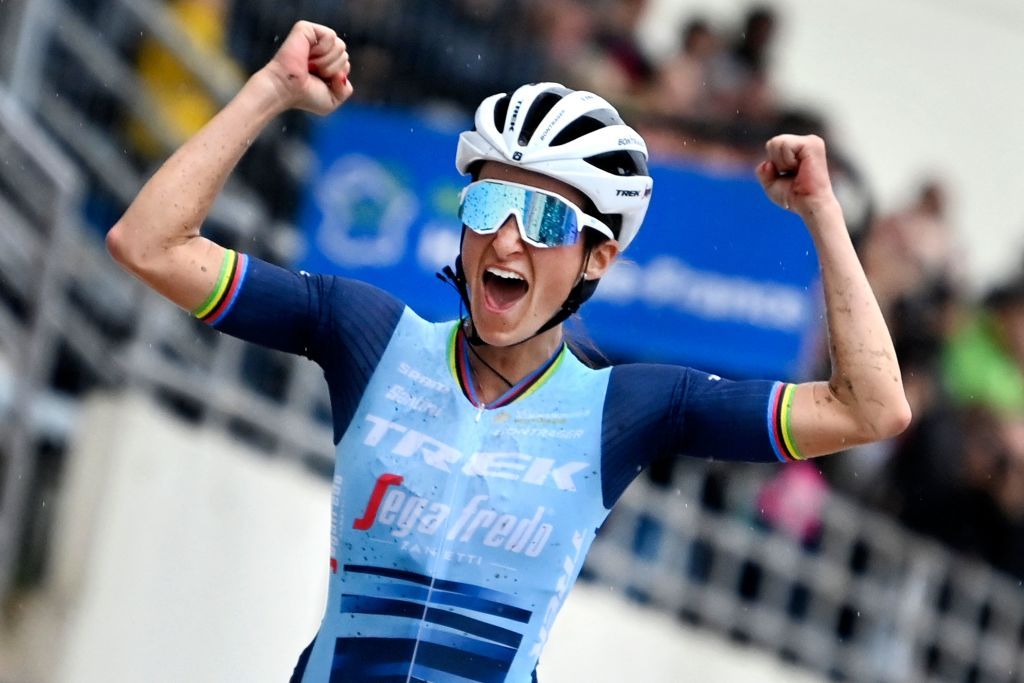 Lizzie Deignan is looking forward to chances to be both a leader and a supporting teammate in her fourth season with Trek-Segafredo as one of the team’s most successful riders.

Despite being a prolific winner herself, Deignan has embraced chances to take on team roles in this year, racing in support of riders like Elisa Longo Borghini and Ellen van Dijk.

“Going into a race and being able to work for a teammate and just completely empty yourself, it’s a really satisfying job,” she said. “The fear of failure isn’t there, because the pressure to win isn’t on your shoulders.

“You can push through pain barriers that you can’t when you’re trying to win yourself. If you’re about to be dropped on a climb, you’re thinking, ‘oh my goodness, I’m going to be dropped’ whereas if you’re working for somebody else, those thought processes aren’t even there. It’s just about going as deep as you can for as long as you can.”

In a team as strong as Trek-Segafredo, where several riders could be leaders in any given race, Deignan said the key to a functioning team dynamic is open communication.

“You’ve just got to be really honest with each other. It’s OK to have clashing goals, or if we have a team meeting and someone else says they want to win Amstel Gold,” she said, referencing a race she is targetting herself. “I think there is room to have more than one leader and it’s just about communicating that early on so there’s no hidden agendas or things that crop up as a surprise.”

Trek-Segafredo confirmed on Tuesday that Deignan is in their proposed team for next season’s inaugural Tour de France Femmes, but she recognises her ambitions will be balanced against those of her teammates.

Whilst team plans and individual riders’ goals are still to be formally mapped out, Deignan does have her eyes on the spring Classics and one of the few races she hasn’t won yet.

“I’d like to focus on Amstel Gold and the Ardennes Classics. I’ve still not won Amstel, so it would be nice to tick that one off.”