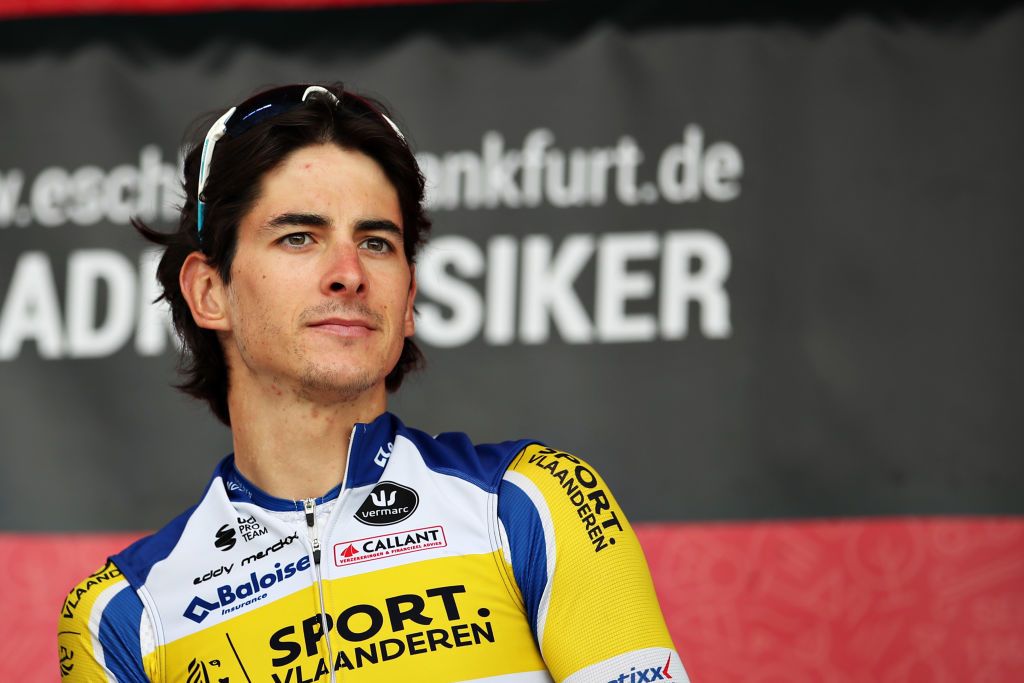 Cedric Beullens is the final rider confirmed to the Lotto Soudal roster for 2022. The Belgian steps up to the WorldTour after two seasons with Sport Vlaanderen-Baloise.

A native of Onze-Lieve-Vrouw-Waver, Beullens impressed on the cobbles as an amateur, placing second at the under-23 Tour of Flanders in 2019. After a spell as a stagiaire with Wanty-Gobert at the end of that season, he turned professional with Sport Vlaanderen-Baloise the following year.

The 24-year-old has yet to win a race as a professional but he has gained experience in the cobbled Classics, placing in the front group at Omloop Het Nieuwsblad this year.

“Following two great years at Sport Vlaanderen-Baloise, this is the right step in my career to further develop myself,” Beullens said in a statement released by the team on Friday.

“Why the choice for Lotto Soudal? The Belgian team has a nice project, a good framework and I will be surrounded by a lot of youngsters and more experienced riders. Besides, I get the chance to play a role in the spring Classics, races in which I really want to evolve. I just love the atmosphere and the charm of the Flemish Classics.

“Last season, I already had a taste of some WorldTour races like Omloop Het Nieuwsblad and the Ronde van Vlaanderen. I feel that I have grown as a rider and I’ve also acquired more race insight. But at the same time, I realise that being part of a WorldTeam will be quite the challenge.”

Beullens is one of six new arrivals at Lotto Soudal for 2022, with the returning Victor Campenaerts the marquee signing of the squad’s transfer campaign and Rüdiger Selig and Michael Schwarzmannn among the other incoming names.

Caleb Ewan agreed a new three-year deal with the team, while Philippe Gilbert, Thomas De Gendt and Tim Wellens also remain put, though Lotto Soudal have lost considerable experience from the team car after manager John Lelangue’s surprising decision not to retain the services of Marc Sergeant and Herman Frison.

Australia’s Allan Davis and Britain’s Cherie Pridham have joined Lotto Soudal as directeurs sportifs for 2022, while Yana Seel arrives from Astana as chief business officer with the remit of securing sponsorship to guarantee the team’s WorldTour status in 2023.

It has been reported in the Belgian press – though not confirmed by either team – that Soudal will switch to become a sponsor of the rival QuickStep-AlphaVinyl team in 2023.