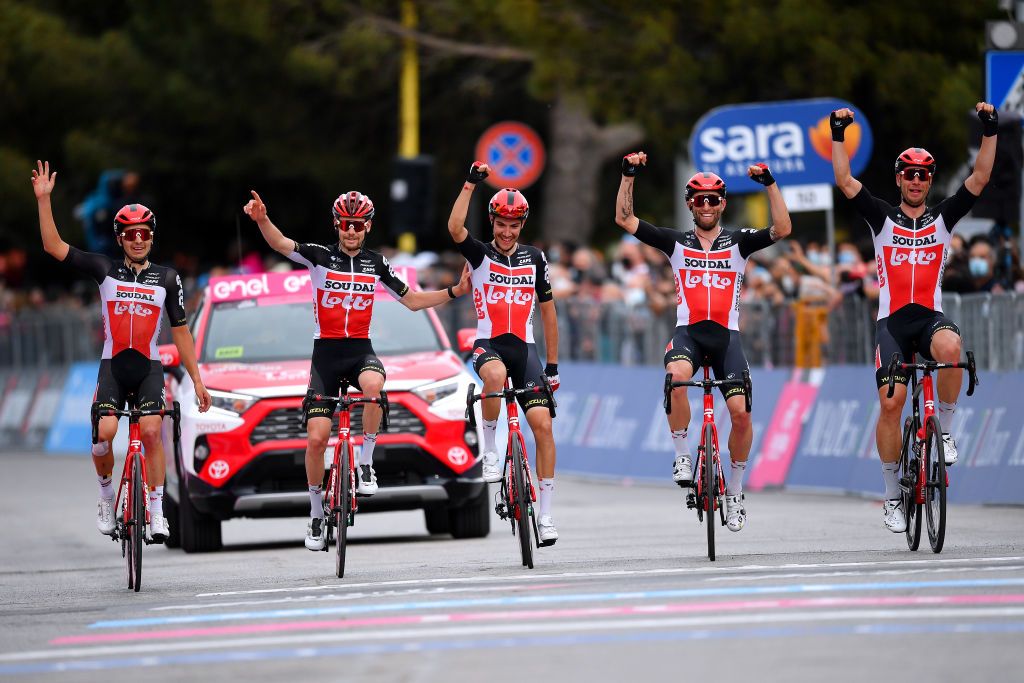 Lotto Soudal have announced the arrival of Yana Seel as Chief Business Officer, as the Belgian team looks to find new sponsors and secure its place in the WorldTour.

Adhesive brand Soudal will become a key sponsor of rival team QuickStep-AquaVinyl (formerly Deceuninck-QuickStep) in 2023 and one of Seel’s roles will be to find new backers alongside the Belgian national lottery for when the UCI awards three-year WorldTour licences for 2023-2026. She will also work across the women’s team and the development team.

Lotto Soudal won 12 races in 2021 but most of those came thanks to Ewan, who struck at the UAE Tour, the Giro d’Italia and the Baloise Belgium Tour. However the Australian sprinter crashed out of the Tour de France on stage 4.

Seel was team manager at Astana for three years until losing an internal power struggle with Alexandre Vinokourov. She helped bring in Premier Tech as a key sponsor and team owner, but the Canadian company has left the Kazakhstani team after Vinokourov’s return. Premier Tech were close to taking a key role at Team BikeExchange but have also been in talks with Israel Start-Up Nation, where Jakob Fugslang and Hugo Houle will ride in 2022.

“I am delighted that we can welcome Yana Seel to the team,” Lelangue said, announcing Seel’s arrival.

“We were looking for a reinforcement in a position which had not yet been filled, so we created the management function of Chief Business Officer with the aim of strengthening the team around the team.

“Yana will take the lead on everything related to attracting and retaining sponsors. Yana will be responsible for the financial reporting towards our Board of Directors. The third pillar is communication, in which Yana will define the strategy and direct the communication team.

“Creating this position will undoubtedly allow us to work more efficiently. As a CEO, I will be able to focus more on the general management of the project and our ‘core-business’: sports and performance.”

37-year-old Seel was born in Kazakhstan and was the first WorldTour team manager in the sport.

“Even though I was born in Kazakhstan, I primarily feel Belgian. So Lotto Soudal kind of feels like coming home,” she said.

“I realise that being part of a team with such a tradition entails a big responsibility. I want to give the best of myself working for the team.

“I was ready for a new challenge and had several options, but I immediately felt a connection with Lotto Soudal and CEO John Lelangue. We share the passion for cycling and we have a clear vision for the future.”