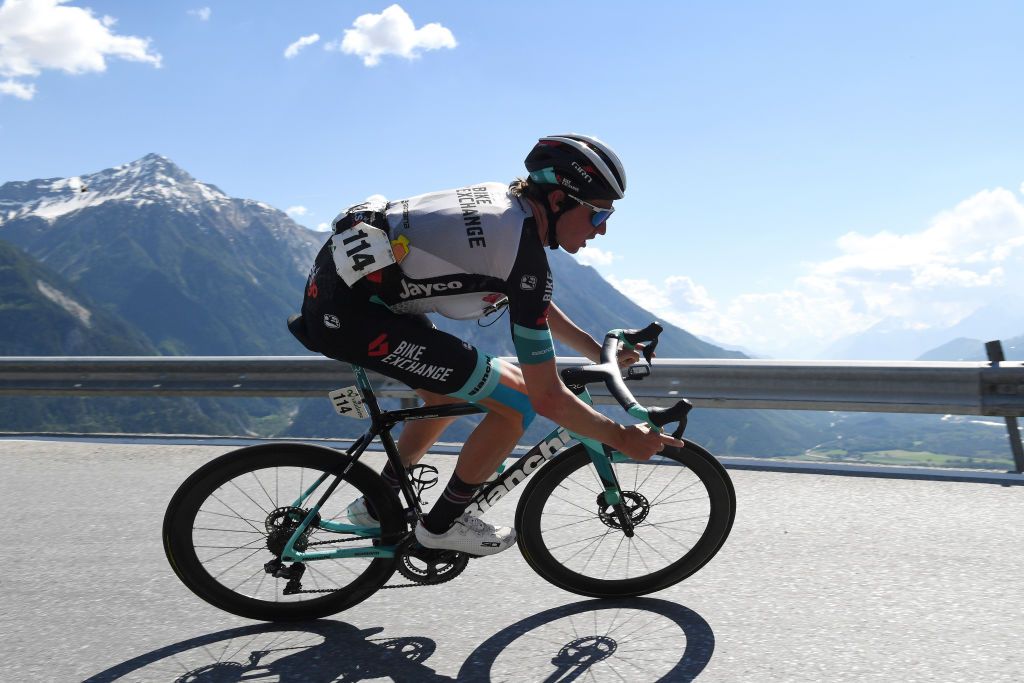 With Simon Yates and Esteban Chaves targeting stages at this year’s Tour de France the onus for a top-level performance in the overall classification at Team BikeExchange rests on the young shoulders of Lucas Hamilton.

Most 25-year-olds would find such a challenge somewhat daunting but the softly spoken Australian, who is also making his Tour de France debut, is ready to face the Tour head-on and give it his best shot.

“The Tour is the biggest race and I’m keen to get there,” he told Cycling News from his base in Spain just a few days out from the Grand depart in Brest.

“It’s just good to be a part of it. I’m going to ride GC and I’ve not done that in a Grand Tour before but I have experienced it at some of the weeklong races. It’s a good experience and exposure for me and Grand Tours can throw a lot of curveballs at you so it’s about learning to deal with that. This is what I see myself going through.”

Hamilton comes into the Tour on the back of a relatively successful campaign. He was a solid fourth in Paris-Nice back in March and then backed that up with 10th in the Volta a Catalunya and eighth at the Tour de Romandie. An illness ended his challenge at the recent Tour de Suisse, and while those weeklong races are entirely different when compared to the prospect of riding three intense weeks at the Tour, Hamilton looks capable of taking the pressure in his stride.

His racing in Grand Tours is limited, it must be said, with one 25th place finish in the 2019 Giro followed up with a DNF in last year’s race. In his defence the entire team was forced out of the Giro last year due to COVID-19 but he went into that race after winning a fine stage at Tirreno-Adriatico.

“I’ve been to the Giro twice now and I went in there last year with the idea of not getting off GC. We had to leave the race but now I’m becoming a GC rider, so it’s time to ride the Tour. It’s really just the timing that’s come together. When I first heard I was doing the Tour it was nice to have that faith from the team. I took confidence from that. I was in good shape going into the Giro last year and the form was there,” he said.

Taking part in the Tour also means that when he heads home in the winter he’ll be in a better position to answer a question almost every pro encounters.

“Racing the Tour is a pretty special feeling. Obviously, it’s my first Tour but the buzz around it is enough. As an Australian, I know that a lot of the other races aren’t recognised in Australia at all. Whereas the Tour is so well known. The first question you’re asked back home is if you race the Tour de France so it will be a bit easier for me to be able to answer that with a straight yes.”

In terms of expectations, Hamilton is holding back on talking about top ten or top-five results. Instead, he believes that a successful Tour de France would involve all-around success for the team.

“To be honest, as it’s my first Tour it would be pretty silly of me to go in with expectations that are too high or too low. I’m just going in with an open mindset. There’s a lot of days, in the first week that is tricky enough. So just getting through those days is important enough and I know it’s a cliché but really it’s going to be about taking it day by day. It’s about making sure that I don’t do too many little mistakes.

“It’s my first Tour and really I’d just like to be part of a successful Tour de France. To get to Paris, have a couple of stage wins within the team, and if I’ve had a really good crack at the GC, that would be enough for me. It would be nice to be getting some results in the biggest race in the world.”

While a top result in this year’s Tour de France might not be nailed-on there’s certainly a Grand Tour rider in the making when it comes to Hamilton. He just hasn’t burst on the scene like some of his peers. As a twenty-year-old, he won the king of the mountains title in the Tour de l’Avenir. A year later in 2017 he finished fourth in the stage race, won the Tour Alsace, and finished second in the baby Giro behind Pavel Sivakov and ahead of his compatriot Jai Hindley.

“Comparatively I’ve developed slowly compared to some of those guys but for me, it’s been about the process. I’ve taken it steady and I’ve never tried to rush things or force things,” he said.

“Now a lot of the guys that I raced with at the U23 level are starting to get some major results but this has been a pace that I and the team have worked at and I’m starting to feel more competitive in the major races. The Tour is hopefully part of that.

“It’s been a confidence boost to know that I’ve been up there consistently, on a range of different races. I have to take confidence from that and it’s calmed me when it comes to being up there. I know that the Tour de France is an entirely different game, so I’m just going to go with the flow.”