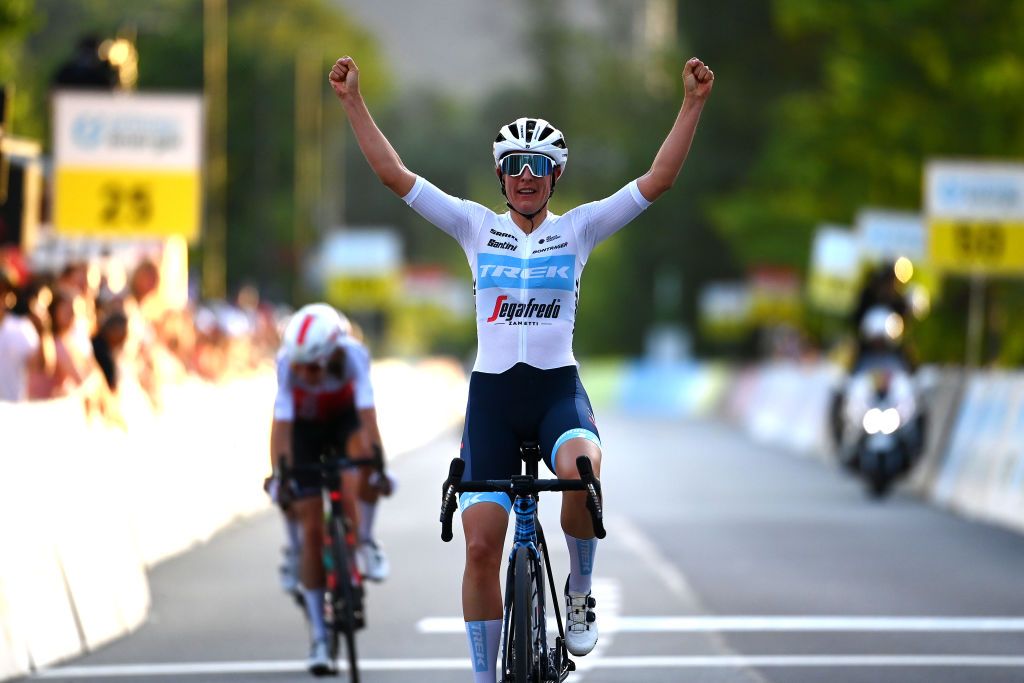 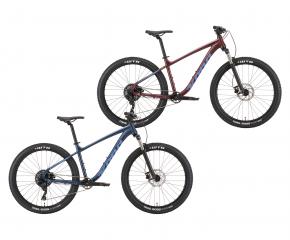 This Kona classic brings some of the finer things to light. The Fire Mountain is running a smooth-shifting 9-speed drivetrain to keep things manageable across varying terrain and hydraulic disc brakes to stop on a dime. With 100mm of adjustable suspension and sturdy tires aboard wider 27mm rims the Fire...

Lucinda Brand (Trek-Segafredo) launched her sprint with 200 metres to go and won the opening stage of the Tour de Suisse Women. From the breakaway group of three riders, Clara Koppenburg (Cofidis) held off Pauliena Rooijakkers (Canyon-SRAM) at the line to complete the podium in Vaduz, Liechtenstein.

With 1.5km to go, Brand attacked at the front but could not shake her companions. She opened her final acceleration in the setting sun of the late-day 46km stage and easily took her first road victory of the season.

Elisa Balsamo (Trek-Segafredo) led the chasing group from well behind the trio to finish fourth, 50 seconds back.

“It was tough [in the breakaway] at first, but then you get into a rhythm. It probably was easier than riding in the bunch where you have to fight constantly for position; there’s a lot of braking and pushing, which makes the lap harder. We found a good pace and worked well together,” Brand said.

The three riders went clear with 27.6km to go and created a gap that reached close to one minute. The trio began to lap a few riders with 17km to go as they sped up the main climb of the day, a leg-stinger with gradients upwards of 10%.

The trio had expanded their gap to 57 seconds with two laps to go. In the chase, Neff and Lippert did a lot of work at the front heading into the final lap, and cut the gap to 36 seconds with 3km to go, but could not make the catch.

The second edition of the Tour de Suisse Women, June 18-21, opened with 10 laps of a 4.6km circuit in and around Vaduz, Liechtenstein. The race took place in the evening after stage 7 of the men’s Tour de Suisse had concluded earlier in the day, 13 kilometres away at the ski resort village of Malbun.

While the Tour de Suisse concludes for the men on Sunday, the women will take on a stage 2 time trial in Vaduz, using the same 25.6km course on which the men will compete. Brand will wear the leader’s jersey and be the final rider down the start ramp for the women’s time trial.

“Of course, I will try and defend the jersey, but I am not sure how far I can, especially on the last day when we finish uphill. The third day will be hard already, and of course, the time trial. Climbing-wise it’s hard, and we will see how it goes. But for sure I am going to try,” she added.