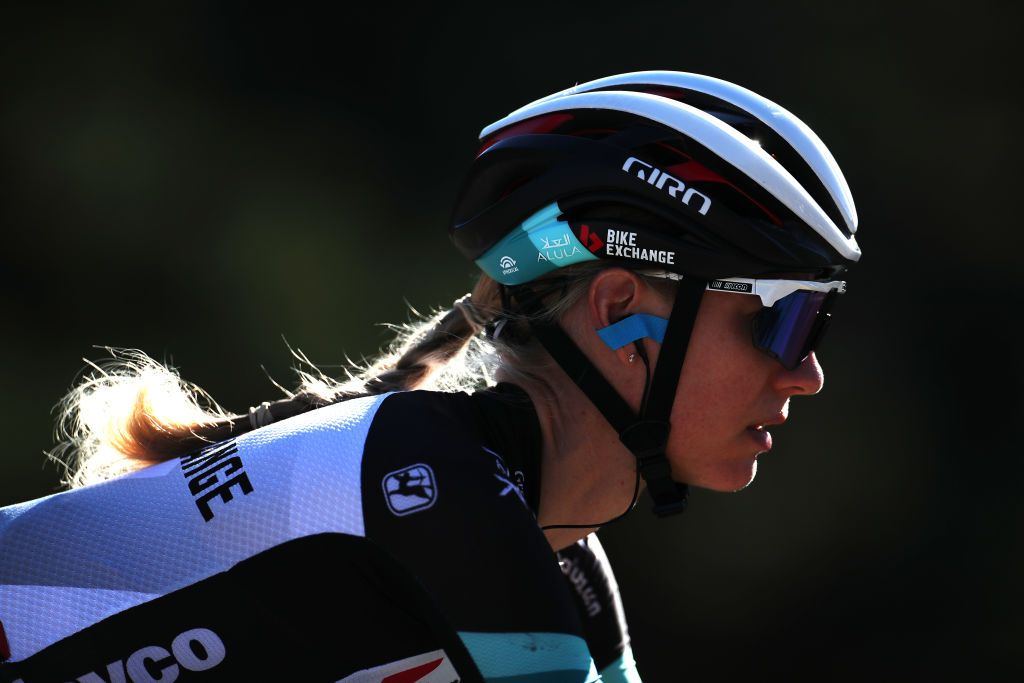 Australia’s Lucy Kennedy (Team BikeExchange) was on the attack during her last day of racing as a professional cyclist, ending her four year career with third place on the final stage of an eventful Tour de l’Ardèche.

The week-long French Tour is one that held fond memories for Kennedy, with the 33 year old delivering her first international win at the event in 2017 while racing for the High5 Australian development team. Then she not only won a stage but took out the overall win as well. A repeat victory, to take her journey full circle, wasn’t to be but it was still undoubtedly a memorable final race for Kennedy to close out her professional career on.

“I was determined to have a crack at the stage today to go out on a high,” said Kennedy. “It wasn’t quite the fairytale finish, but I fought as hard as I could and am happy with a podium.”

The Australian climber got into the break on the final stage of the race – which was a short 82km but packed in three ascents and 1557m of elevation gain – and attacked on the final climb which crested about 13km from the line. There was, however, a reaction and stage winner Lucinda Brand (Trek-Segafredo) counter-attacked and the cyclo-cross world champion took advantage of the downhill to stretch out the gap to the retiring Australian and Jeanne Korevaar (Liv Racing). Brand came over the line 47 seconds ahead of Korevaar and 1:03 ahead of Kennedy.

It was Kennedy’s first time on the podium this season as she had a major crash in April at Liège-Bastogne-Liège which took her out of the racing just as she was about to hit a block of racing that contained many of her key season goals. The rider, who has described her targets as anything “hilly and hard”, sustained complicated fractures of her hand and collarbone as well as a fracture of her eye socket and didn’t return to racing until the very end of July at the Donostia San Sebastian Klasikoa, a race she won in 2019.

In her final race for Team BikeExchange at the Tour de l’Ardeche Kennedy was not alone in taking the colours of the squad to the podium. The day after the team had to deal with all their bikes being stolen, Teniel Campbell delivered her first win of the season. Ane Santesteban also finished third on the overall and the squad won the team classification.

“The atmosphere this whole week has been really special, amongst all the riders and staff,” said Kennedy. ”It was one of the most complete and cohesive team efforts I’ve been a part of and we achieved some great results to reflect this.”

“We overcame the huge challenge of the bikes being stolen and came out of it in a really positive way. The whole week has cemented what a wonderful team I’ve been lucky to be a part of for the last four years.”