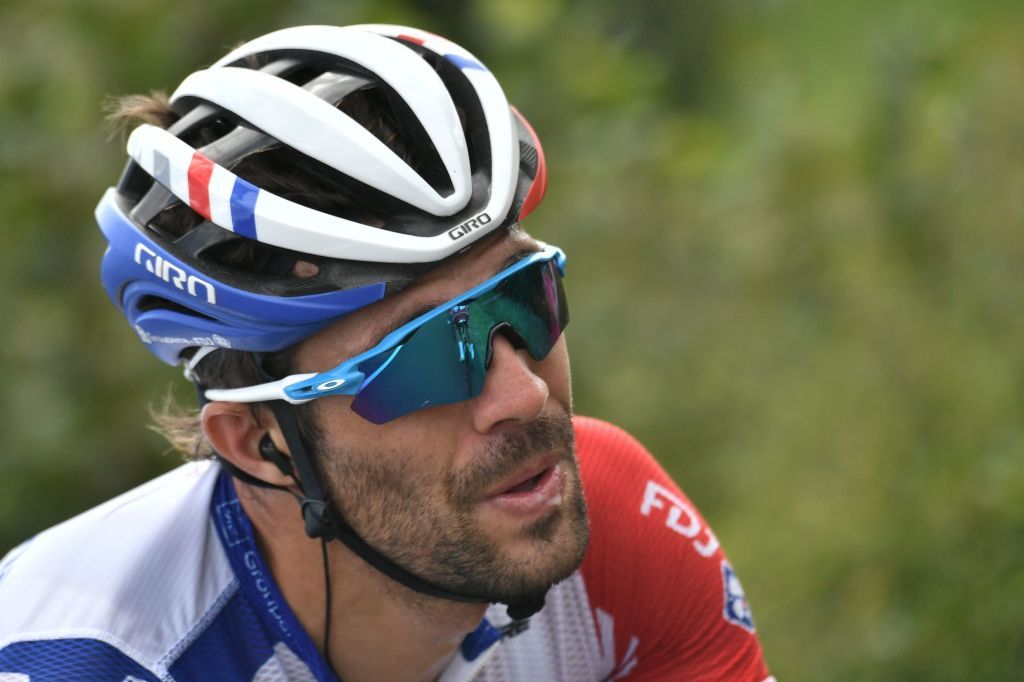 Marc Madiot has indicated that he is hopeful Thibaut Pinot will take the start line at the Tour de France held next July.

The manager of Groupama-FDJ told French radio outlet RMC that the prospect of his rider competing in the event was promising but no confirmations had yet been determined.

“It looks good, although you can’t look too far ahead,” Madiot said. “The last few races he again felt his back acting up a bit.”

Pinot has suffered from a back injury ever since crashing at the late-season 2020 Tour de France. Although he struggled through to finish the three-week race, Madiot later stated that it was a mistake to allow him to continue.

“We shouldn’t have let him put himself in that state,” Madiot later told OuestFrance.

Pinot crashed in the opening stage of the Tour de France where another rider’s front wheel collided with his back and ended up finishing in 29th place overall by the time the race reached Paris. He started the Vuelta a España but pulled out of the race after the second stage.

He had intended to target the Giro d’Italia in May, but after competing at the build-up races Tirreno-Adriatico and Tour of the Alps, he was forced to sit out of the Italian Grand Tour having not yet recovered enough from the persisting back injury.

After taking three months away from racing, Pinot returned to the peloton at the series of French UCI .1-level races; Tour du Limousin and then the Tour Poitou – Charentes en Nouvelle Aquitaine, both in August, along with Classic Grand Besançon Doubs where he finished fifth, Tour du Jura Cycliste and Tour du Doubs, in September.

Although he did not finish the European Championships, Pinot went on to a seventh place overall at the 2.Pro Tour de Luxembourg. He ended this season with a series of Italian one-day races: Giro dell’Emilia, Coppa Bernocchi, where he was fifth, Milan-Torino and then Il Lombardia.

Madiot was careful not to confirm Pinot’s possible participation at the Tour de France next summer, only suggesting that the team would consider the route and then Pinot’s recovery and form before making any decisions.

“We will digest the season, and take a closer look at the course because you always have to be wary of the first impression and euphoria,” Madiot said.

“We will see that. But yes, there is a good chance that if all goes well for Pinot, we will be with him at the start of the Tour.”