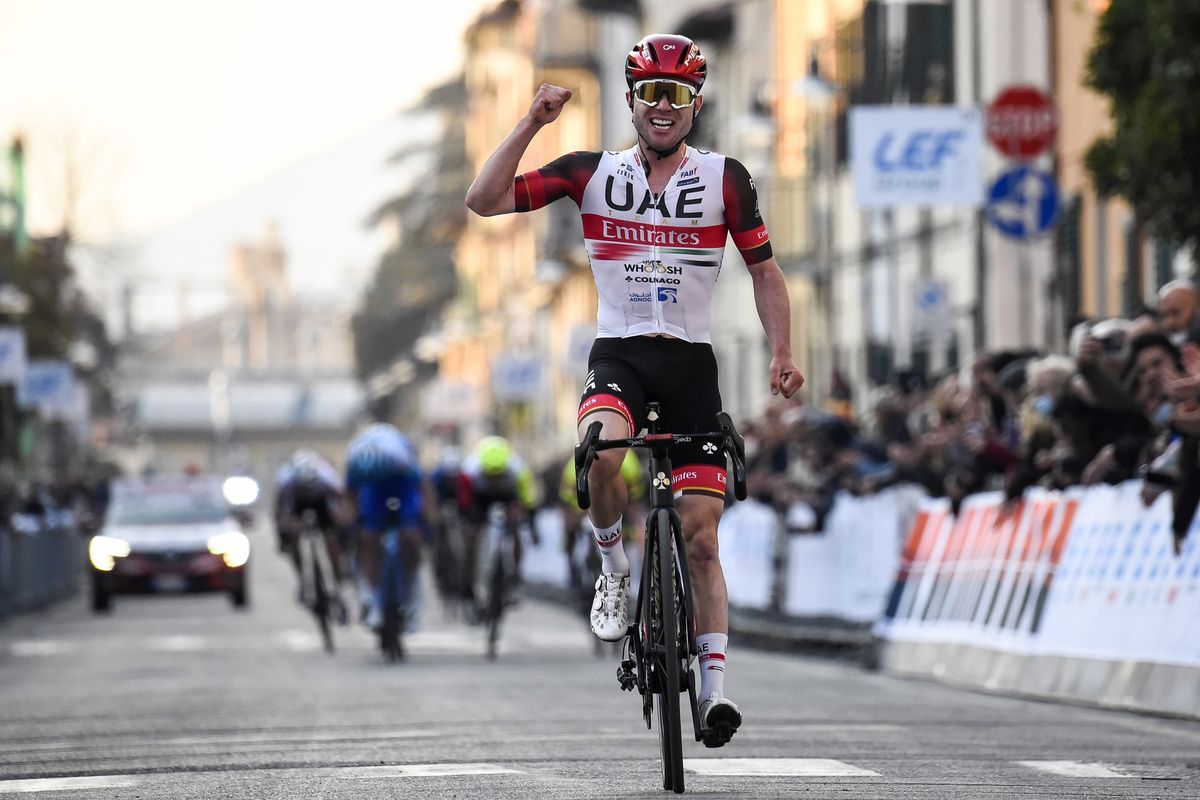 Marc Hirschi (UAE Team Emirates) opened his 2022 racing account with a victory at the Per Sempre Alfredo, soloing to the win eight kilometres from the finish of the hilly one-day race.

Dion Smith (BikeExchange-Jayco) and Remy Mertz (Bingoal-Pauwels Sauces-WB) rounded out the podium in the sprint just seconds behind the Swiss rider, who had missed the early part of the season due to a hip operation.