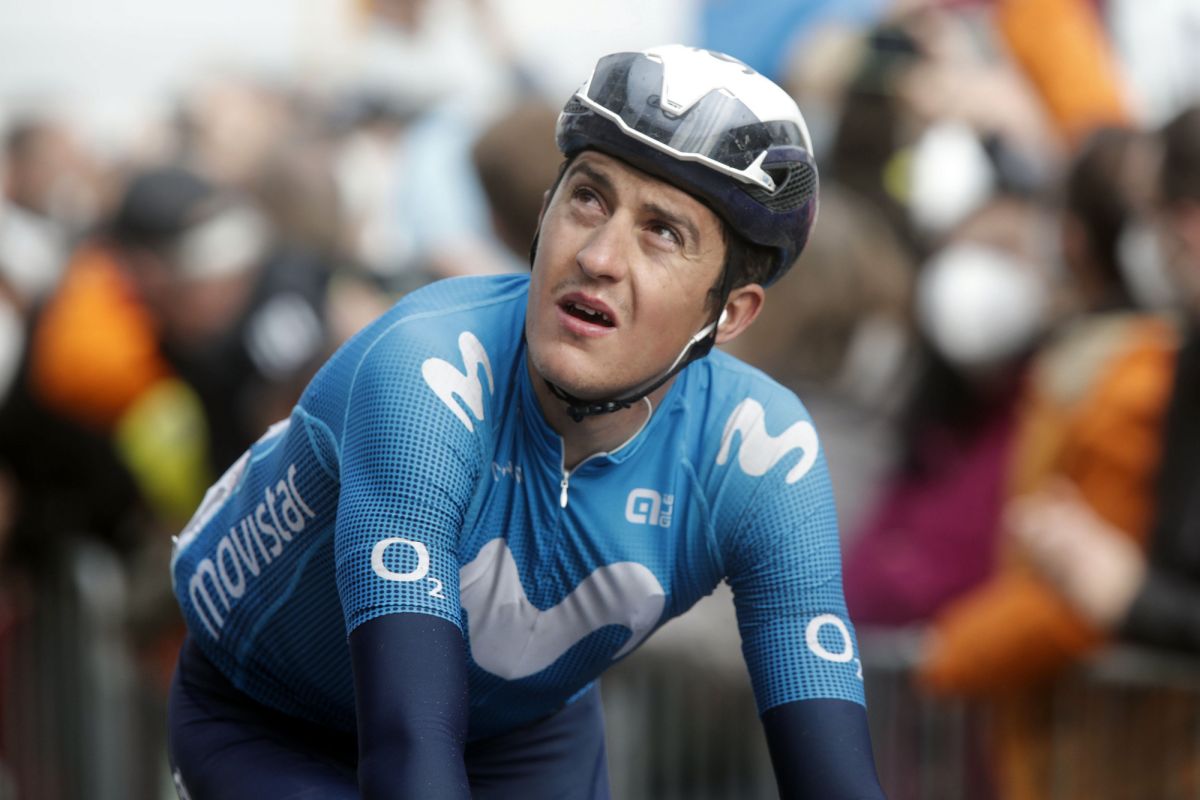 Marc Soler (Movistar) may have finished 87th on stage 4 of the Tour of Britain but his impressive attack alongside Trinity Racing’s Ben Healy and Thomas Gloag on the road to Great Orme briefly had the peloton on the back foot and scrambling to mount a chase.

Although the move eventually proved futile, it was the first time Soler had been in the thick of the action since crashing out of the Tour de France on stage 1 and sustaining two broken elbows and a fractured wrist.

It was the second Grand Tour of the year in which the Spaniard failed to finish after he crashed at the Giro d’Italia while sitting in 11th place.

Now fully healed and with the Deutschland Tour and four stages of the Tour of Britain in his legs, the 27-year-old has a small window in which he can make up for a season blighted by injury.

“For me, the race has gone well. I came here to build form after the Tour de France, where I broke my arms. I’m not in great shape but I’m training for the Classics in Italy in the last part of the season and I hope that my shape just improves over the next phase,” Soler told Cycling News.

“After I finish the Tour of Britain I’ll race the Memorial Marco Pantani, Trofeo Matteotti, Giro di Sicilia, Milano-Torino and then Il Lombardia. It’s a really good programme, especially with the one-day races, and I hope that I can find some better form in time.

“I’ve had a lot of bad luck this season and those crashes at the Giro and the Tour. That’s cycling and this hasn’t been my best year but these things do happen.”

Soler’s final weeks in a Movistar jersey will precede a move to UAE Team Emirates, where he will link up with two-time Tour de France winner Tadej Pogacar and fellow new recruits Joao Almeida and George Bennett. The Spaniard’s race programme is far from certain but he believes that he will be given the chance to shine in week-long stage races and then form part of Pogacar’s cabal at the Tour de France in July.

According to the 2018 Paris-Nice winner, it was simply the right time to move on from Movistar after signing with the team at the start of 2015 campaign.

“I think that I have opportunities in one-week races. In Grand Tours it’s obvious that I’ll work for Tadej Pogacar or other riders in the team. I’m really happy for that new challenge but I need that new opportunity in my career. I want to see other things and other teams in my career and I think that this will be a great opportunity,” Soler said.

“It’s too early to say yet if I’ll go back to the Giro or not. I think once this season ends we’ll sit down in maybe November or December and go through the plans and the race schedule as we prepare the calendar.”

One rider who might also find himself leaving Movistar this year is Miguel Angel Lopez, who quit the Vuelta a España after falling out with the team. Soler, who has endured his own moments with Movistar’s management at the Vuelta in the past, would not be drawn on the future of his Colombian teammate.

“I don’t really know what’s happening. I wasn’t at the Vuelta so it’s hard for me to say. A lot of people are talking but I’ve not talked to riders who were actually there or the directors,” he said.