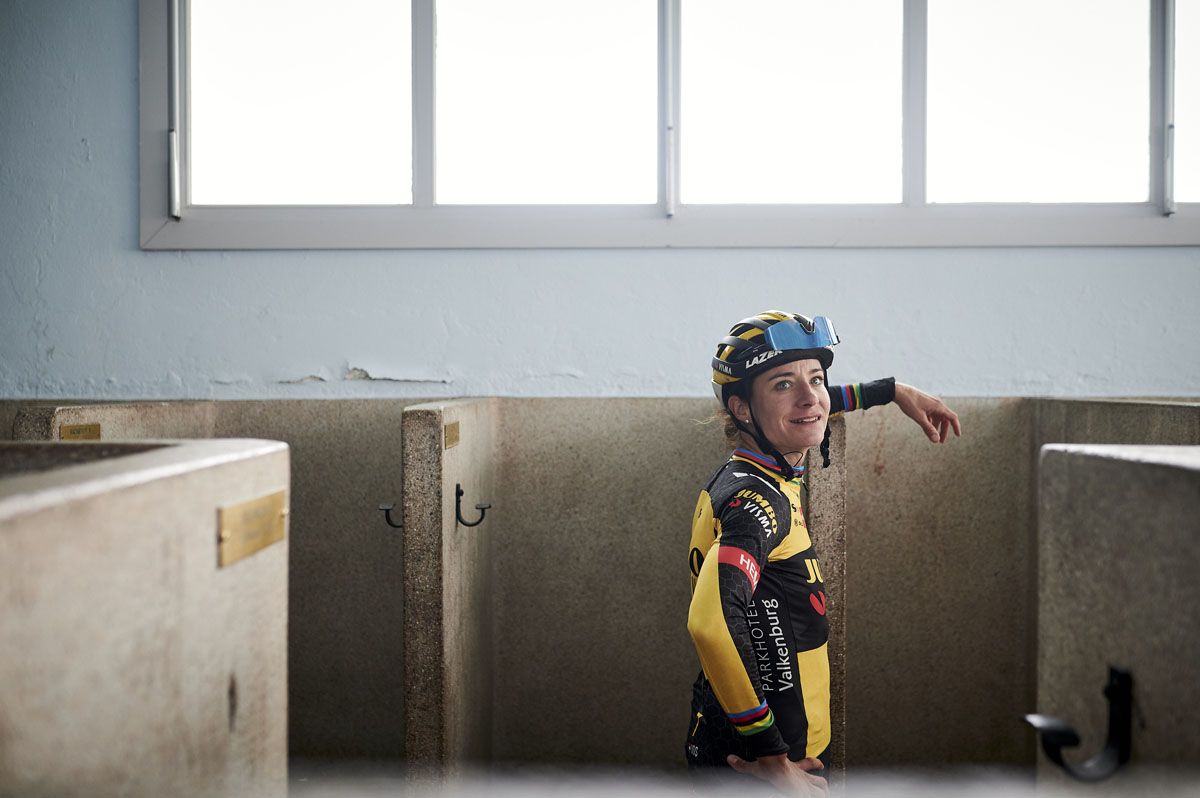 Marianne Vos has spent the last few days previewing the famed cobble sectors of Paris-Roubaix, and most of her life dreaming about what it must feel like to race for the victory into the Roubaix Velodrome and to hoist a heavy cobblestone trophy above her head on the podium.

She is one of the greatest cyclists of all time, and she, along with the rest of the history-making women who will be racing in the inaugural Paris-Roubaix Femmes on Saturday, will finally get their opportunity to tackle the Hell of the North, 125 years after the crowning of the inaugural men’s champion Josef Fischer of Germany.

Vos said that the feeling of riding the pavé and the route into the velodrome, which is so firmly fixed into the history books of cycling, felt magical.

“When you have done the reconnaissance and you enter Roubaix you feel ‘okay, we are almost there’. The moment you turn onto the track, with all that cycling history, is so beautiful, almost magical,” Vos said.

“Of course you hope to be able to ride onto that track on Saturday. There will be moments of enjoyment, and there will also be moments of sheer agony. But I hope that at least after the finish, we can enjoy a very nice race.”

The first-ever edition held of Paris-Roubaix Femmes will start with three circuits around Denain. The women’s 116km route will connect with the men’s route after 31km of racing and for the final 85km into Roubaix.

They will tackle 17 cobble sectors, for a total of 29.2km of pavè. The route does not venture through the Trouée d’Arenberg but part of the route includes the two five-star sectors; Mons-en-Pévèle at 67km mark and Carrefour de l’Arbre at the 98.5km mark, before the famed velodrome-finish in Roubaix.

Rain and wind is expected at the weekend for both women’s and men’s events, and this could add a difficulty of the race. Vos has prepared for the expected challenges of Paris-Roubaix.

“It’s going to be tough in terms of conditions. It was nice during the reconnaissance when the strips were still reasonably dry. We don’t know exactly how much it will rain on Saturday or if the course will be dry,” Vos said.

“In any case, it will be more difficult than during the reconnaissance. The course will make it tougher anyway. It will be a struggle from the start to get a good position for the cobbles. Then you know it’s going to be a battlefield.”

Vos said that positioning into the pavè will be important and that her cyclo-cross skills will give her the an added confidence when it comes to bike handling and positioning into and across the pavé.

“We have scouted the course well, and it is very challenging. Experience from cyclo-cross can be an advantage because you feel more at ease when it’s wet or slippery. On the other hand, it’s still a very tough race, and you still need a big bike and a lot of power,” Vos said.