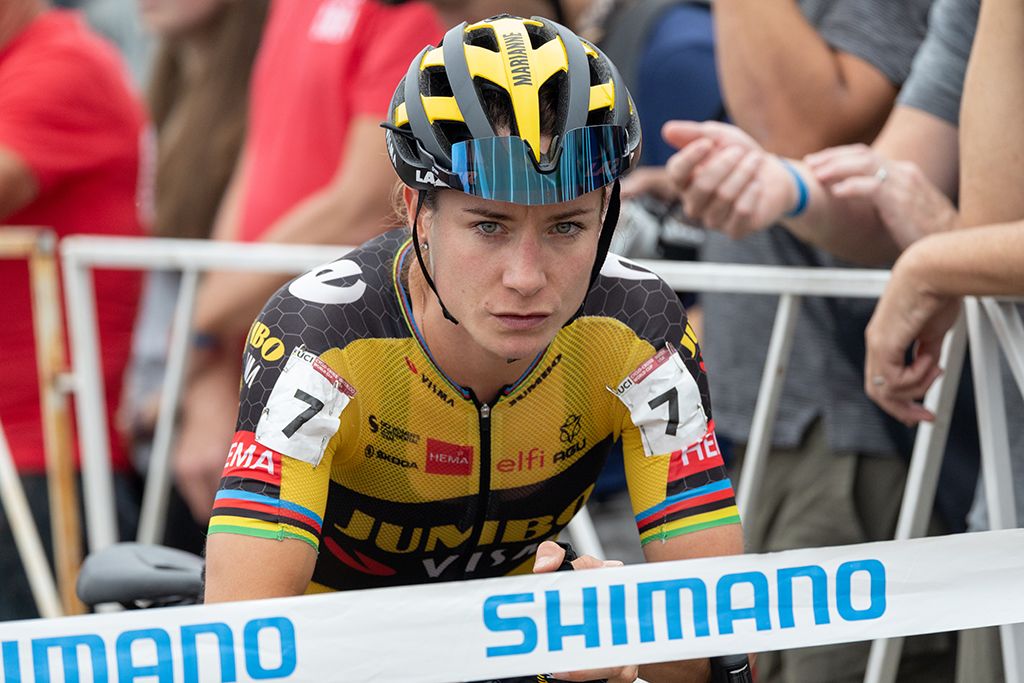 Marianne Vos plans to return to cyclo-cross competition next week at the snow-covered World Cup Val di Sole in the Italian Alps, according to her Jumbo-Visma team. It will be one of five World Cup events on her schedule along with the Dutch National Championships on January 9 before she travels to the US at the end of January for the Cyclo-cross World Championships in Fayetteville.

After Val di Sole, Vos will compete at four of the remaining six World Cup events on the season calendar – in Rucphen on December 18, Dendermonde on December 26, Hulst on January 1 and Hoogerheide on January 23. She will skip the Namur round, which is scheduled for the day following Rucphen, and Flamanville round in mid-January.

The seven-time cyclo-cross world champion finished second at Paris-Roubaix Femmes and followed that a week later with a victory at World Cup Waterloo to begin her ‘cross campaign. She completed the three-race World Cup circuit in the US with two victories and a fourth place in Fayetteville before taking fews weeks off from racing.

“Of course, it’s nice to take some points, but also to take some of this cyclo-cross rhythm at the start of the season. It takes off a little bit of the pressure for the second half of the season. And of course, one thing is I like to race in America, and it’s good to see the course in Fayetteville,” Vos told Cycling News on her Midwest swing.

Wout van Aert and Tom Pidcock are among the elite men to line up on a hugely-anticipated course on the Vermiglio cross-country skiing centre next weekend. The new ‘cross venue, which sits at an altitude of 1,261 metres, had received substantial snow cover in the past few days, and organisers said they would design the circuit to include sections of snow even if Mother Nature did not deliver.

Elements of snow and ice, rather than just grass, dirt and mud, are a purposeful addition by World Cup organisers Flanders Classics to entice the International Olympic Committee to add cyclo-cross to the Olympic Winter Games programme in future years. One of the guiding principles of the winter Olympics is that all sports are held on snow or ice.