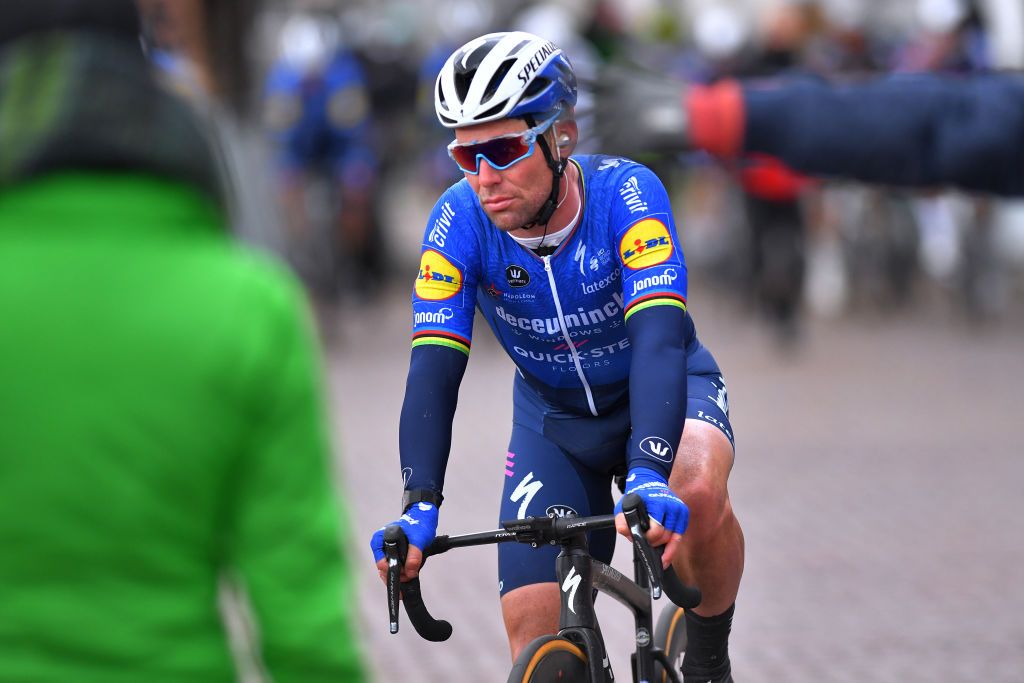 Mark Cavendish continued his return to form at Scheldeprijs on Wednesday, finishing third in the sprint behind winner Jasper Philipsen (Alpecin-Fenix) and his Deceuninck-QuickStep teammate Sam Bennett.

Cavendish, Bennett, and several of their teammates were part of a select group that emerged after early echelons and attacks during the race.

The group stayed away and Deceuninck-QuickStep led out the sprint, with Cavendish protecting Bennett’s wheel in a sweeper role while Michael Mørkøv led them out. However, the Alpecin-Fenix team came up late to set up Philipsen and he jumped before Bennett, gaining a vital advantage.

Cavendish has won Scheldeprijs three times. He was disappointed the team did not win but was happy to be back on the podium after being close to retirement last October.

“A win for the team would be more ideal but just being here makes me happy enough,” he said.

SOURCE: CyclingNews RSS Feed   (go to source)
AUTHOR:
All copyrights for this article, including images, are reserved to the original source and/or creator(s).
Category
Recent News
Advertisment
Copyright © 2021 bikehobby.co.uk All Rights Reserved
Back To Top