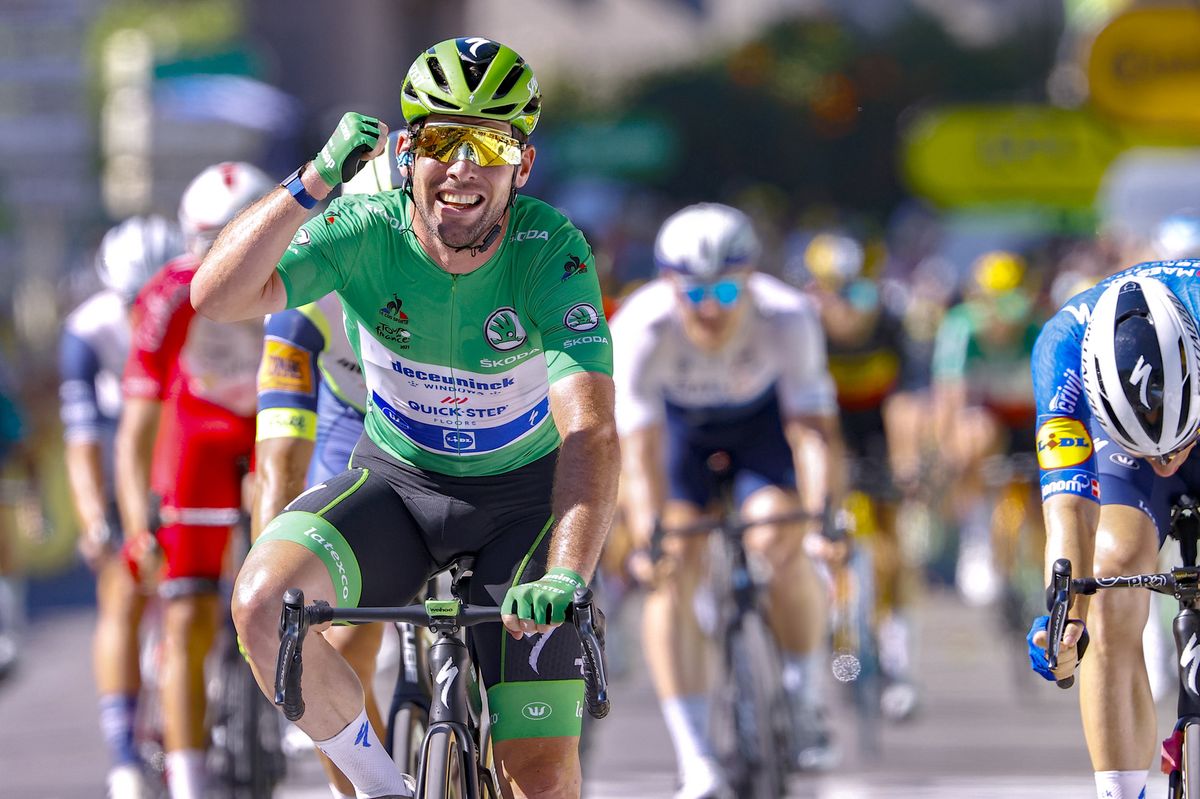 In October 2016, Mark Cavendish sat down in a hotel lobby in Doha and admitted that he had few worlds left to conquer. The previous afternoon he had narrowly missed out on a second world title on the road, bringing the curtain down on a remarkable campaign that yielded the yellow jersey and four stages at the Tour de France, as well as a long-awaited Olympic medal.

“I’ve got no plans to retire but I don’t think I’ve got any burning aspirations left,” Cavendish told Procycling that morning. “I’ve done everything I can do, really.”

At that point, Cavendish was 31 years of age, and he ended that season with 144 victories to his name. He would add just one win to that tally in each of the next two years, which were blighted by his struggles with Epstein Barr Virus. 2019 and 2020 went by without any success at all.

When Cavendish went on the attack on a grey afternoon at Gent-Wevelgem last October, it felt something akin to a farewell. In the mixed zone afterwards, he tearfully admitted that it might have been his last race. The white heat of July never felt further away.

Deceuninck-QuickStep threw him a lifeline last winter and he rewarded that faith with four stage wins at the Tour of Turkey, but even at that point, returning to the Tour seemed fanciful in the extreme, not least with Sam Bennett firmly above him on the depth chart. Three months later, Cavendish is – some way, somehow – back at the centre of the cycling firmament.

The Manxman equalled the record for stage wins at the Tour de France in Carcassonne on Friday afternoon, but while the number of victories – 34 – matches Eddy Merckx, the magnitude of the comeback seems more reminiscent of Freddy Maertens, who clocked up five stage wins and a third green jersey in 1981 after three years in the wilderness.

“I don’t think I can ever be compared with the great Eddy Merckx, the greatest male road cyclist of all time,” Cavendish said when he took a seat in his post-stage press conference.

Cavendish’s 34th Tour stage win came 13 years to the day after his first, when he beat Oscar Freire and Erik Zabel to the line in Châteauroux. In those younger and more vulnerable years, the pressures of leadership occasionally seemed overwhelming, but maybe the tightrope needed that tension.

At 36 years of age, Cavendish may wear the burden of leadership more lightly these days, but the responsibility is the same as it ever was. On Friday, his Deceuninck-QuickStep team worked throughout the 219km run from Nîmes to tee up a sprint, and he was piloted by the best lead-out train in the sport, with Michael Mørkøv guiding him to the line. On the Boulevard de Varsovie, Cavendish had little time to think about posterity. He just had to win in the here and now.

“That’s part and parcel of being a leader: it’s shouldering the responsibility of the work the others put in,” Cavendish said. “It’s not just having the legs to sprint, it’s having the head to deal with the pressure. Ironically, sprinters probably do the least amount of work of anybody in the team, but in most cases they get paid the most money, except for obviously the guys who can get top 10 in GC. But that’s what you get paid for, to shoulder that expectation.

“I’m fortunate that the team delivers every single time, and that puts the pressure on me. It put the pressure on Sam Bennett, didn’t it? Sometimes it can be hard, especially if you don’t feel great.”

Few riders have marked the Tour de France in the 21st century quite like Cavendish, who made an immediate and lasting impression with both the volume of his victories and the volubility of his speech. His relationship with the fourth estate was at times tempestuous – he grabbed a reporter’s Dictaphone in response to a question he didn’t like in Saint-Malo in 2013, for instance – but no rider provided as much good copy in a press conference as Cavendish. He has made 34 visits to the press conference truck in 13 years. None of them have been dull.

“I’m not going to lie, I think sometimes I’ve been personally picked at, but on the same level I’ve also been a prick,” Cavendish said of his rapport with the press. “But that’s what happens when you’re young, you know. For many years, I think I suffered the consequences of being brash and young, without an education in how to behave with media, I guess. As you get older, and get a family and responsibilities, you learn how to behave.

“Unfortunately, some people didn’t want to let go of what I was like when I was young, even though I had changed. It maybe took time away for me to get that chip off my shoulder and for the press get that chip get off their shoulder. You actually see I’m a grown-up now. I’m 36 years old, I’m not a 20-year-old boy wanting to fight the world.”

The last world left to conquer, perhaps, is an outright hold on the record. Two chances remain on this Tour for Cavendish to overtake Merckx, in Libourne and Paris next weekend, but he must first survive the Pyrenees in order to do so. The Tour allows no time for reverie.

“The problem is we’ve still got work to do tomorrow, because it’s hard again,” Cavendish said. “We don’t have time to reflect on it. But there’s plenty of life left after this to reflect on what we’ve done and on the history we’ve made.”