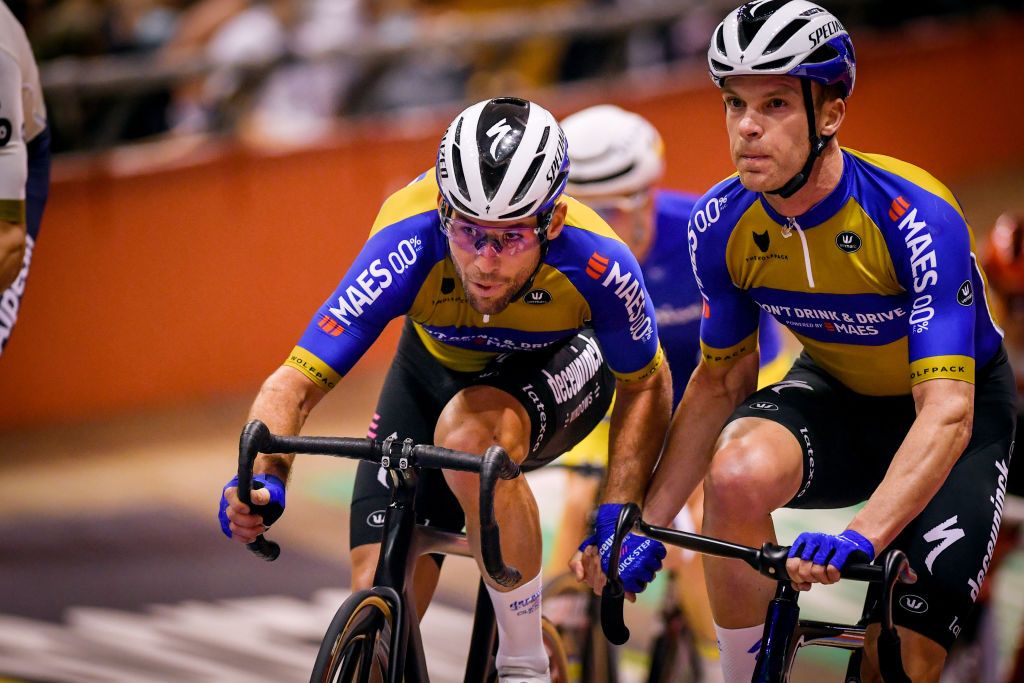 Mark Cavendish has been released from the Ghent hospital and returned home to Britain as he continues to recover from the injuries he suffered in a crash during the final moments of the Ghent Six on Sunday.

The QuickStep rider crashed at speed after a rider slipped on some water, sparking a high-speed ripple through the group of riders contesting the final Madison. Cavendish suffered two broken ribs and a collapsed lung and was taken to the ICU at Ghent Hospital.

He stayed in the hospital until Tuesday for observation, with the Deceuninck-QuickStep team confirming to Cycling News that he has now returned home to rest and recover.

According to Het Nieuwsblad, Cavendish’s wife Peta returned to Belgium to pick him up and drive to Britain after his condition improved after two days in hospital.

Cavendish’s crash meant he was unable to meet with QuickStep team manager Patrick Lefevere on Monday to sign his new contract with the Belgian team for 2022. However, a final deal is expected to be struck soon.

“You don’t ask an injured person to come and sign a contract, do you? That should be the least of his worries,” Lefevere told Het Laatste Nieuws on Monday.

“That contract is not going to disappear. It’s been dragging on for so long that a few extra weeks won’t make any difference.”

“Other things take precedence now. Fortunately, there is nothing injured in his femur or his collarbone,” Lefevere told Het Nieuwsblad.