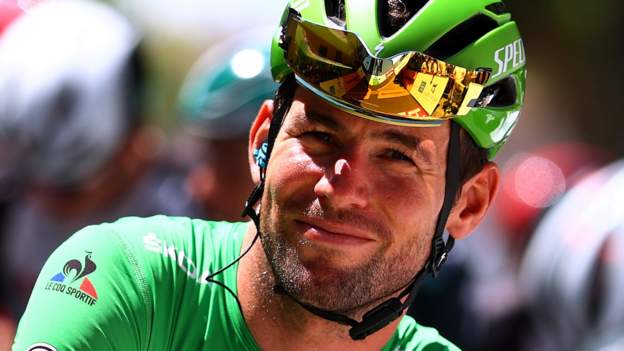 Mark Cavendish has signed a one-year contract extension with Deceuninck Quick-Step until the end of 2022.

The British sprinter, 36, won four stages and the Green Jersey at this year’s Tour de France after rejoining the Belgian team for 2021.

A stunning return to form saw him equal Belgian legend Eddy Merckx’s record of 34 stage wins at the Tour in July.

“The support that I have had from the team and the staff has made me very emotional at times,” he added.

“I am really looking forward to making some more special memories together over the next 12 months.”

Cavendish’s Green Jersey triumph at the Tour de France was his first in a decade and came after the Briton had not claimed any race victories during 2019 and 2020.

But, called upon as a late replacement for Deceuninck Quick-Step team-mate Sam Bennett, Cavendish cemented his place in history with a remarkable comeback to win his first Tour stages in five years.

The Manx rider suffered two broken ribs and a collapsed lung in a crash at the Six Days of Ghent in November.