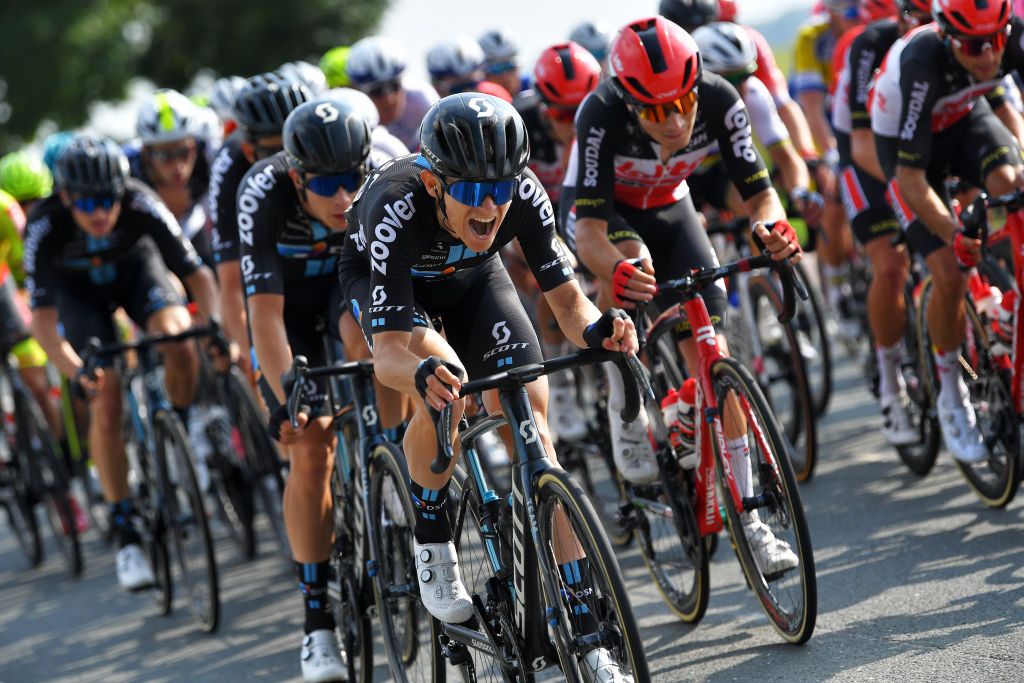 Martin Salmon will not continue with Team DSM, the German told radsport-news.com. The 24-year-old began his career with the organisation’s development team in 2017 and graduated to its WorldTeam in 2019.

According to the report, Salmon is uncertain whether or not he will try to find a new team or retire, saying, “We’ll see if I continue my cycling career or start something completely new.”

Salmon finished third from the breakaway in a stage of the Tour of Denmark this season and last year won the mountains classification in the Tour du Limousin and at the Tour of Slovakia in 2019.

The news comes after Ilan van Wilder, 21, said he would take legal action to terminate his existing contract with Team DSM, and Tiesj Benoot is reportedly also seeking an early exit from his time with the squad.

Team DSM has had an inordinate number of riders break their contracts with the team in recent years, including Tom Dumoulin, Marcel Kittel, Warren Barguil, and Michael Matthews.

Dumoulin left after a rift over the team’s handling of his knee injury in the 2019 Giro d’Italia. He made a premature come-back, dropping out of the Critérium du Dauphiné on stage 7 then abandoning plans to race the Tour de France on the eve of a pre-race training camp. He ultimately left the team for Jumbo-Visma before taking an open-ended hiatus at the beginning of this year before making a successful comeback, winning the Dutch time trial national title and a silver medal at the Tokyo Olympic Games.

Eight other riders have opted to end their time at Team DSM at the end of their contracts this year: Chad Haga confirmed he will end his eight seasons with the team, while Nicolas Roche retired, Jai Hindley heads to Bora-Hansgrohe, Michael Storer to Groupama-FDJ, Jasha Sütterlin to Bahrain Victorious, Max Kanter to Movistar, and Felix Gall to AG2R Citroën. Additionally, Marc Reef recently quit as a directeur sportif to join Jumbo-Visma.

However, they have recruited six riders so far, with John Degenkolb the highest profile transfer from Lotto Soudal. Two riders will join from Uno-X, Jonas Hvideberg and Frederik Madsen, and three from the DSM Development team, Leon Heinschke, Marius Mayrhofer and Henri Vandenabeele.