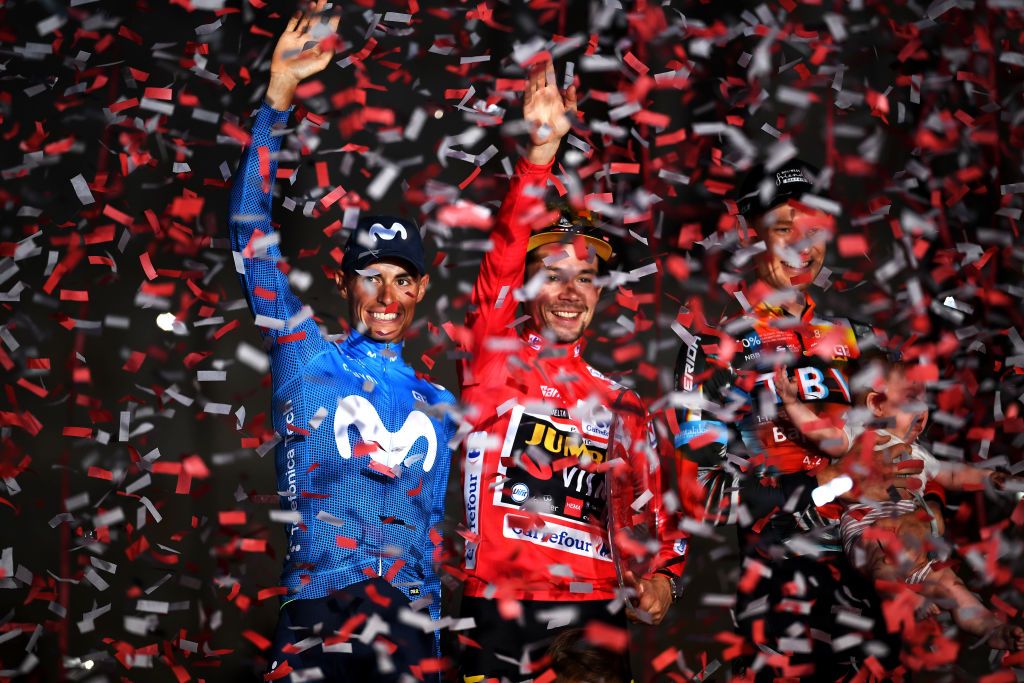 Vuelta a España 2021 runner-up Enric Mas (Movistar) is convinced that the organisers’ decision to place the 2022 route’s one individual time trial on stage 10, instead of at the end of the race like last September, could well have a considerable effect on how the Grand Tour develops next year.

This year’s Vuelta a España finished with a medium-length time trial in Santiago de Compostela but it had no influence whatsoever on the positions of the top six overall. But in 2022, Mas said, with the race’s main TT squarely in the middle of the event, another kind of narrative should emerge.

“It changes things a lot,” Mas told Cycling News after the Vuelta a España presentation in Madrid on Thursday evening.

“The teams will have to control the race very differently to this year, because the gaps between the riders in the TT will shape how the big names race for the rest of the Vuelta. If somebody gets a minute’s advantage in the TT, say, that’ll change how everybody else races.”

Second in Santiago de Compostela next to Primož Roglič (Jumbo-Visma), Mas says that a repeat of the podium placing, would be an excellent result “if it happens that I’ve had a bad year up to there. But if it’s gone well, then I’ll be looking for more.”

“I have the same intentions overall in the Tour and Vuelta as I had in 2021,” added the 26-year-old, who arrived in Paris in sixth overall this season. “Hopefully next year I’ll go in feeling stronger, thanks to how I did this season.”

Mas says that one factor that is likely to be a big influence in the southern Spanish stages of next year’s Vuelta in late August will not be a negative for him.

“The heat? I love it,” he told Cycling News with a smile. “I was born in Mallorca and I’m sure it’ll be good for me.

“We’ll start with some windy, tense stages in Holland for sure. The sprinters will be very motivated as it’s so flat and as a team we’ll just have to stay together and see what happens.”

At the other end of the Vuelta when it comes to the notorious stage 20 through the sierras of Madrid, “historically a lot of stuff has happened there, maybe we’ll be attacking, maybe we’ll be defending. But any stage can be decisive in a Vuelta a España.”

Mas has no regrets, he said, about the lack of Pyrenean stages in the Vuelta, despite his only Grand Tour stage victory to date, in 2018, coming in Andorra.

“It’s not really a problem. Any climb can be hard, but it doesn’t depend on its steepness or where it is,” he observed. “The one thing that matters  is how fast you go up it.”

However, for all Mas’ predictions, a mid-race Vuelta TT has not always been good for the allrounders like the Mallorca-born rider. In 2019, the Vuelta held its only individual TT mid-race on stage 10 in Pau, and Roglič delivered a decisive victory and then held onto the lead all the way to Madrid.