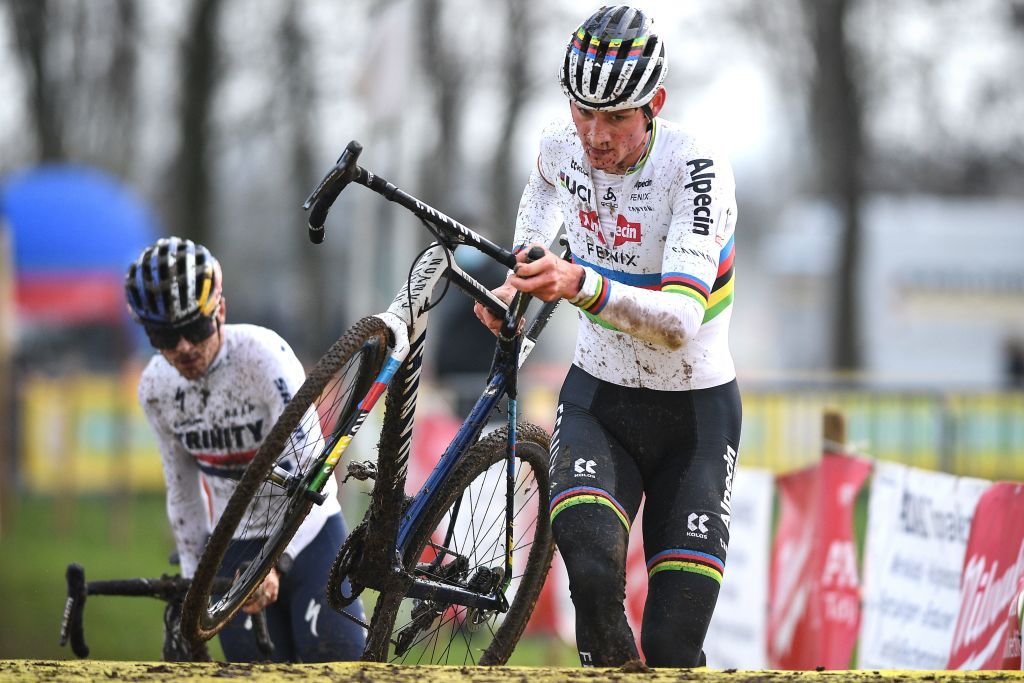 Cyclo-cross world champion Mathieu van der Poel has delayed his racing debut by a week after his training was slowed by a knee injury.

The Dutchman was due to return to cyclo-cross on December 18 at the World Cup in Rucphen in the Netherlands.

However, his Alpecin-Fenix team have announced he will now delay his return until December 26, with the Dendermonde World Cup race in Belgium the first event of a short but intense cyclo-cross campaign.

“This has been decided by the rider and team management after consulting with the team’s performance and medical staff,” Alpecin-Fenix said. “The main reason for this is the healing process of his knee injury which takes longer than initially anticipated, as a result of which he has not yet been able to complete specific cyclo-cross training.”

Van der Poel has reportedly recovered from the back injury that forced him to miss several key races in the final part of his road race season, but the knee injury has slowed his cyclo-cross training.

He reportedly suffered a “deep flesh wound” while training off road last week and that delayed his arrival at the Alpecin-Fenix training camp in Spain and his specific cyclo-cross training.

On his debut in Dendermonde, Van der Poel will face longstanding rival Wout van Aert (Jumbo-Visma), who has also only recently returned to cyclo-cross racing.

The Belgian has won all of the three races he has contested so far, including Sunday’s World Cup race on the snow in Val di Sole, Italy. Van Aert is now at a Jumbo-Visma training camp in Spain until the holiday races.

Van der Poel is hoping to peak in form for the World Championships in Fayetteville at the end of January. Pidcock has confirmed he will also travel to the United States, with Van Aert still to confirm his plans.