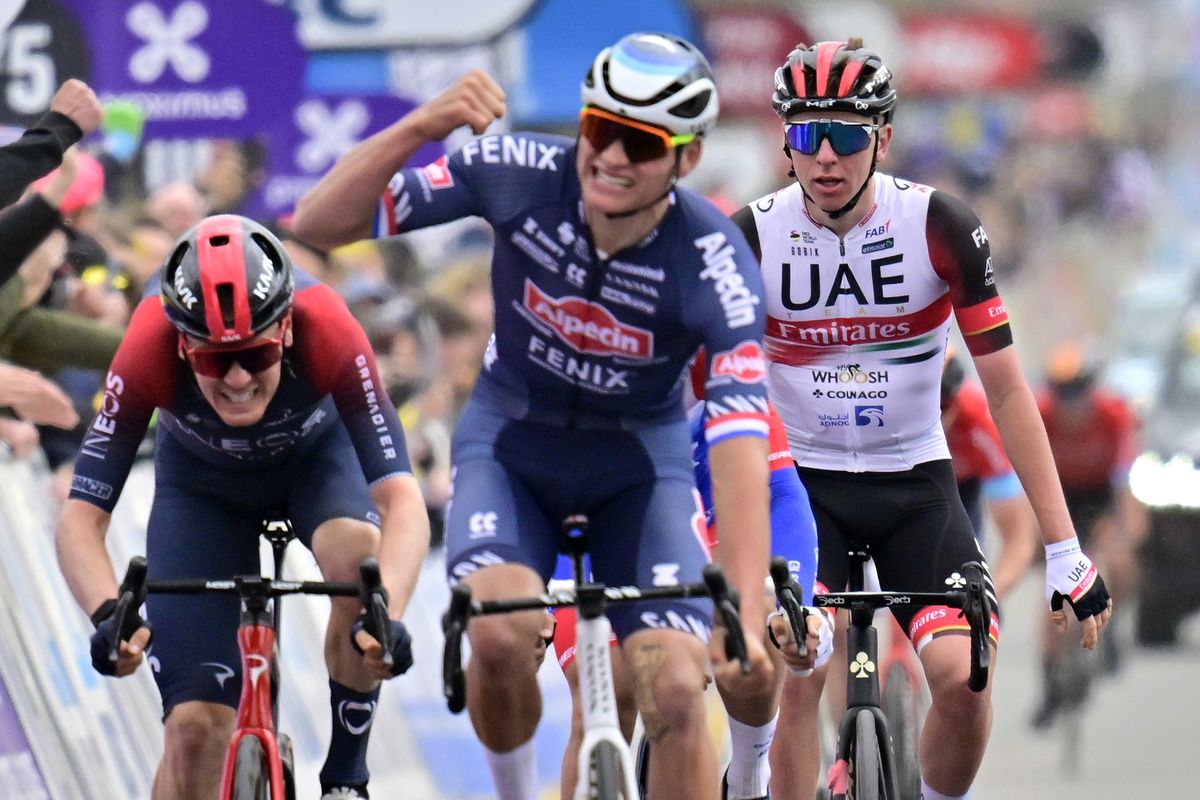 Mathieu van der Poel has acknowledged that he has had to change his racing style, suggesting that spectacular long-range efforts like his attack at last year’s Kuurne-Brussel-Kuurne might be a thing of the past.

The Dutchman’s approach was more measured this spring, most notably at the Tour of Flanders, where he withstood Tadej Pogačar’s onslaught on the Oude Kwaremont and Paterberg before outfoxing him in the sprint.

“It is more and more about the palmarès,” Van der Poel told Sporza. “I realise more and more that those ‘stupid’ attacks, like that long solo last year in Kuurne-Brussel-Kuurne, are fun, but they might cost me the win.

“If I had ridden smart, I might have won that race. But my way of racing has also brought me a lot. I probably wouldn’t have won other races if I had been smart. But the level is so high now that it’s almost impossible to race stupid. That gets punished.”

A nagging back injury meant that Van der Poel delayed the start of his road season until Milan-San Remo, but he was immediately up to speed, placing third on the Via Roma and then winning a stage of the Settimana Coppi e Bartali.

He warmed up for the Tour of Flanders by winning a breathless edition of Dwars door Vlaanderen, and he proceeded to win his second Ronde in a head-to-head duel with Pogačar. The Alpecin-Fenix rider completed his Classics campaign with 4th at Amstel Gold Race and 9th at Paris-Roubaix.

Van der Poel said that he was enjoying racing more since his return from injury, even if he conceded that his back problem might remain an issue in the years ahead.

“That will remain something to work on for the rest of my career, but I think I’ve come out of it stronger,” he said. “You always hear that riders only realise how much they enjoy cycling after an injury, and it’s true. I really enjoy cycling and training again. The past few years I lived from race to race and had few training periods. I liked that, but now you see that some rest now and then can be good too.”

Van der Poel will not race again until the Giro d’Italia, which gets underway in Budapest on May 6, and he is also in line to return to the Tour de France, where he wore the yellow jersey last year.

“I want to show nice things at the Giro and the Tour and then I’ll focus on the World Championships,” said Van der Poel.