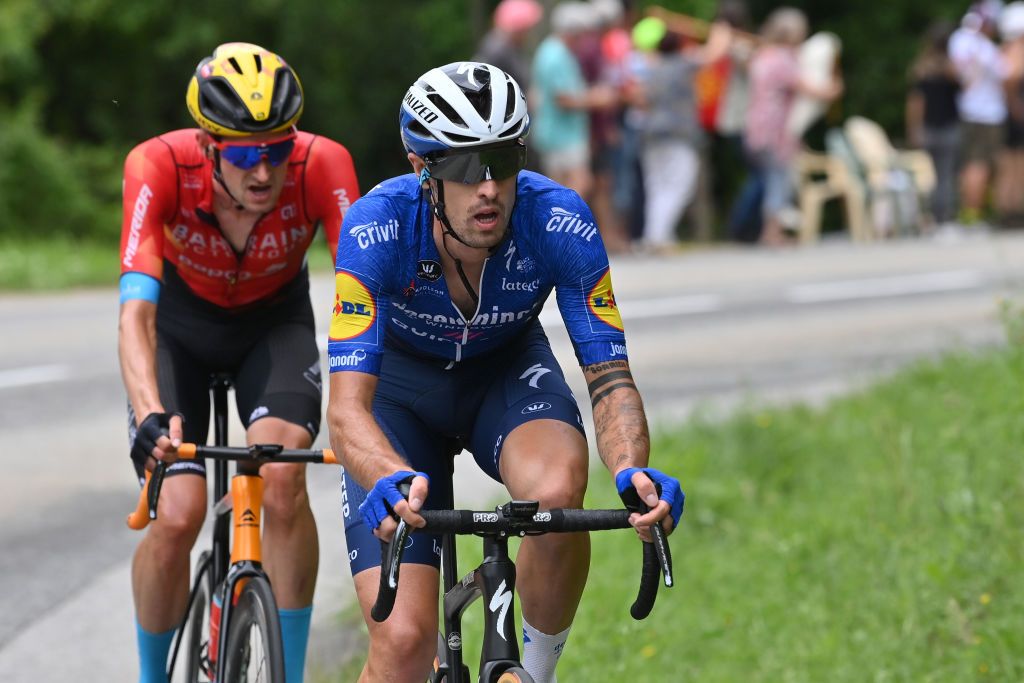 Deceuninck-QuickStep have announced that Mattia Cattaneo has extended his contract with the team for another two years, taking his stay at the Belgian squad to four years in total.

The 31-year-old Italian has impressed throughout the 2021 season, delivering third and a stage win at the Tour de Luxembourg in addition to top 10s at the UAE Tour and Tour de Suisse, as well as four top 10 finishes at the Tour de France, where he finished 12th overall.

Cattaneo is a strong all-rounder who made the step up from Androni Giocattoli to the WorldTour for 2020, having earlier spent four seasons at Lampre after turning professional.

Following the recent signing of Mauro Schmid from Qhubeka NextHash and the extension of Fausto Masnada, the move to extend Cattaneo’s contract means that the Belgian team is almost complete for 2022, when it will be known as QuickStep-AlphaVinyl.

The team is currently at 28 riders after adding Schmid, Louis Vervaeke (Alpecin-Fenix), and neo-pros Ethan Vernon, Stan Van Tricht and Martin Svrcek. Sam Bennett and Shane Archbold are heading to Bora-Hansgrohe next season, while João Almeida and Alvaro Hodeg switch to UAE Team Emirates and Ian Garrison moves to L39ION of Los Angeles.

Mark Cavendish and Josef Cerny are the only riders from the team’s 2021 squad who have yet to announce their 2022 plans, with the sprinter expected to remain at the team following protracted negotiations. Several of the team’s key riders – including Julian Alaphilippe, Remco Evenepoel, Kasper Asgreen and Fabio Jakobsen – penned long-term contract extensions earlier in the year.

“I am super happy and proud to continue with the team,” Cattaneo said in a statement when Deceuninck-QuickStep confirmed his contract extension.

“The Wolfpack is a unique squad in cycling, and it is a pleasure to ride with them and work for the team. I give my support to the leader in the race, and they have been good in giving me my own opportunities.

“I think that it is hard for people to understand the team and how it works. You can see from outside that everybody has a close relationship and what the Wolfpack means, but when you are inside it is even better than you would expect. It is why I am happy to help the captain for the hard days in the Grand Tours and in certain races, but I know they will work for me in some specific races and help me try to get results.”

Cattaneo, who won the Giro dell’Appennino in 2019, has improved his time trialling ability in recent years, and has picked up eight top 10s in the discipline throughout 2021 – including his Luxembourg victory. He said that he aims to keep progressing in time trials and is aiming to be among the best in the sport.

“I am proud of how my time trial has progressed. I love the discipline and my next goal will be to improve as a specialist, and I have been doing some work with the team and with Specialized to look at how I can improve.