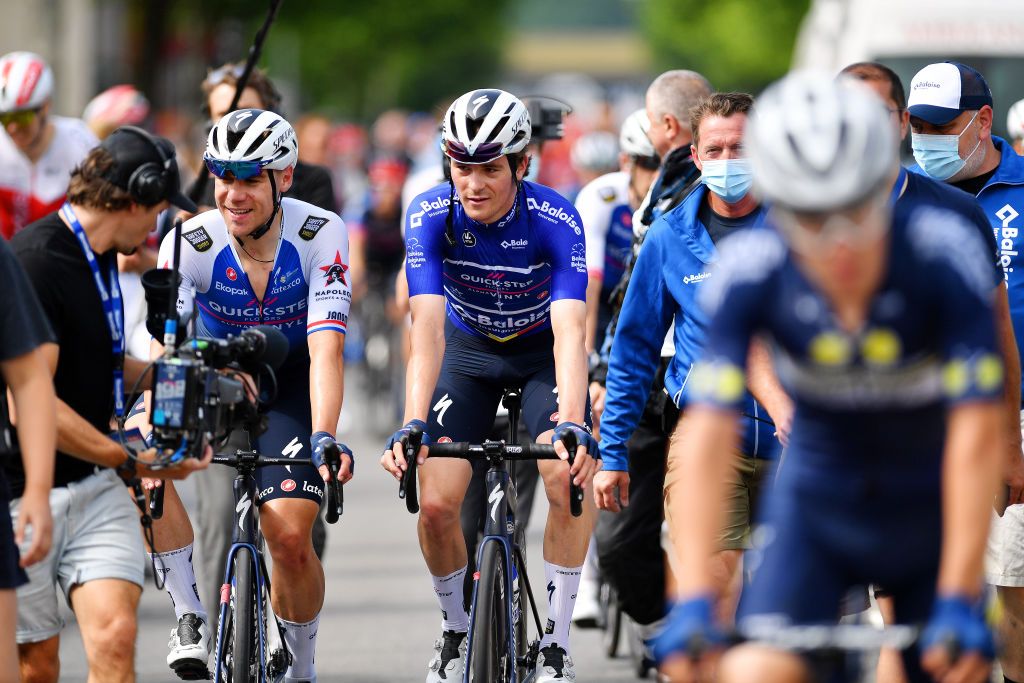 QuickStep-AlphaVinyl celebrated a double victory on the final day of racing at the Baloise Belgium Tour as Fabio Jakobsen won stage 5 from the group sprint in Beringen and Mauro Schmid grabbed the overall victory.

There was controversy surrounding the final GC outcome, however, as second-placed Tim Wellens (Lotto Soudal), riding on same time as Schmid, appeared to get blocked in, and bumped, by QuickStep’s Yves Lampaert in the decisive third Golden Kilometre sprint with under 6km to go in the race. The points went to Schmid instead and gave him the cushion he needed to prevent Wellens from overtaking him for the overall win.

“Yeah, this cost me the victory at the Tour of Belgium. I’m disappointed, but I think we can say we did everything to try to win this,” Wellens said at the finish.

Jakobsen’s acceleration on the outside in the closing 100 metres vaulted him past Jasper Philipsen (Alpecin-Fenix), who finished second, and Gerben Thijssen (Intermarché-Wanty-Gobert Matériaux) took third.

Bora-Hansgrohe led the peloton under the final kilometre kite, but their sprinter Sam Bennett was off the podium in fourth.

After the intermediate sprint in Montenaken with 81km to go, Theuns attacked at the front to shake up proceedings but no one seemed interested and the peloton soon made the catch.

The quintet held together for until the closing 6km the breakaway of five, as the sprinters’ teams began to attack for the Golden Kilometre sections, positioned before 5.2km from the line.

It was then supposed to be mano-a-mano for the top points at the Golden Kilometre between the two GC leaders, but Wellens did not get clear sailing to match up against Schmid in the end.