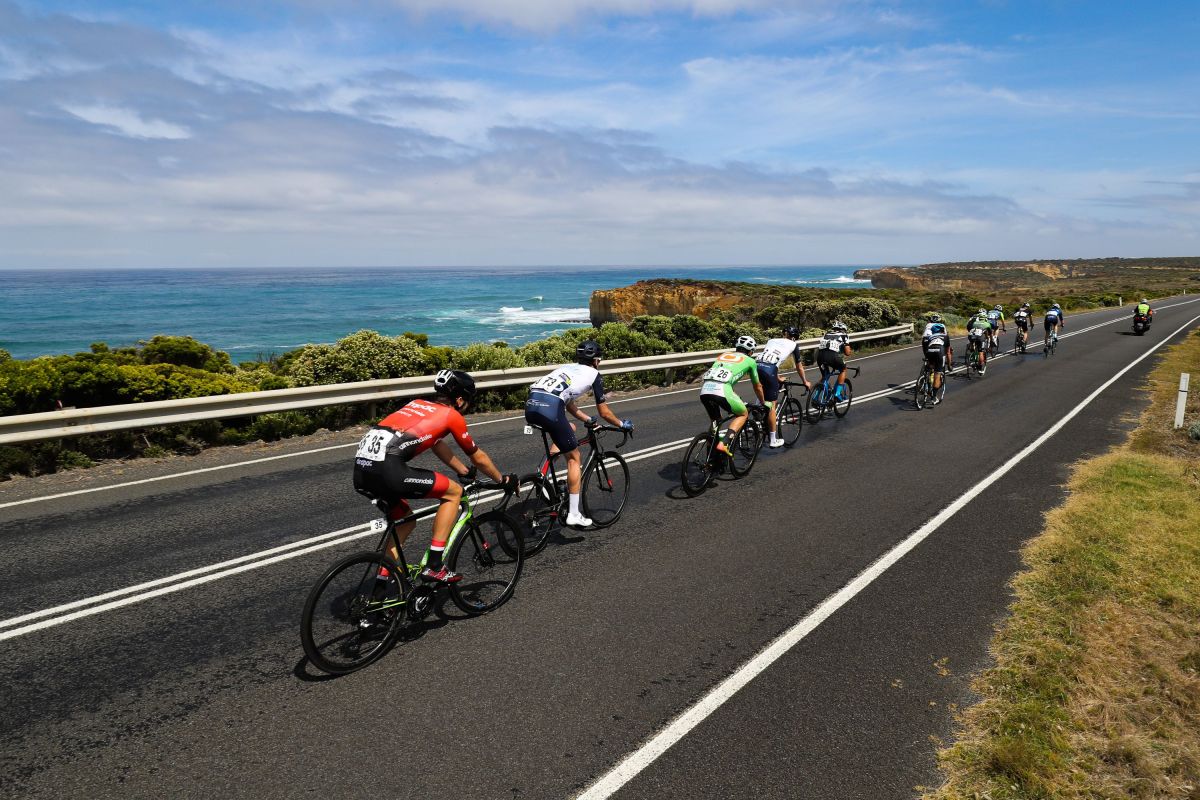 The 267 kilometre Melbourne to Warrnambool marks the restart of the Australia’s National Road Series calendar on Saturday, with Australia’s oldest race delivering the first round of racing since the Santos Festival of Cycling in January after COVID-19 clusters led to the deferral of both the Victorian event and the Tour de Brisbane.

The women’s racing in the top Australian road race series will resume a week later, with the long-running Grafton to Inverell on May 8 including a 136.6 kilometre women’s National Road Series (NRS) event for the first time. The men will also front up for another long-range battle at the 60th edition of the race to Inverell in New South Wales, with a 228 kilometre course.

The two longest events of the national series don’t usually come so close together, with the 105th edition of the Melbourne to Warrnambool initially scheduled to run on February 13, slotting in after riders had built their road form following the four-day Santos Festival of Cycling in January and the Australian Road National Championships at the start of February. It was postponed less than 24 hours before it was due to start because of a COVID-19 cluster in the state. April’s Tour de Brisbane was then also cancelled, extending the racing hiatus.

The rescheduling of the Melbourne to Warrnambool to May means that now instead of facing an event in the heat of summer after a solid block of racing, race starved riders will face the cooler and more unpredictable late Autumn conditions with a cross tailwind forecast for Saturday.

“I think it will create quite a different dynamic. It will be a Warrny that we haven’t seen for quite a while, or ever really, if the crosswinds come as predicted,“ said Luke Plapp (Inform TMX Make), who is training for the Olympics on the track but has shown he’s a force to be reckoned with on the road too after a string of impressive results at the start of this year that drew the attention of top WorldTour teams.

The time slot change also means that the occasional smattering of European-based professionals that sometimes decide to take on the race won’t be participating, with the delay costing the presence on the start list of riders such as Australian champion Cameron Meyer (Team BikeExchange) and Grace Brown (Team BikeExchange) for the women’s event, which isn’t part of the NRS and races alongside the men.

However, Matilda Raynolds (Specialized Women’s Racing) will be out defending her title of 2020 against the challenge of Justine Barrow (Roxsolt Liv SRAM), Nicole Frain (Sydney Uni-Staminade) and lone-raider Alana Forster, none of whom should be under estimated after their strong showings at the Santos Festival of Cycling and Road Nationals.

In the men’s NRS race 2020 winner Brendan Johnston (CCS Canbera) will be lining up against a couple of particularly strong squads, Team BridgeLane – which includes Ben Hill, Alastair Christie-Johnston and sprinter Jensen Plowright – along with a range of contenders from InForm TMX Make. They include Plapp and Kelland O’Brien who are focussed on the Olympics and Mark O’Brien who stood on the podium last year.

The 2020 NRS winner, however, is ready to defend his title despite having had his training interrupted with some illness.

“I think that I’ve come up in the nick of time for Warrnambool,” said Johnston in a statement. “This last couple of weeks I’ve got going well and had some key sessions pay off and starting to feel good after that four or five hour mark of training.”