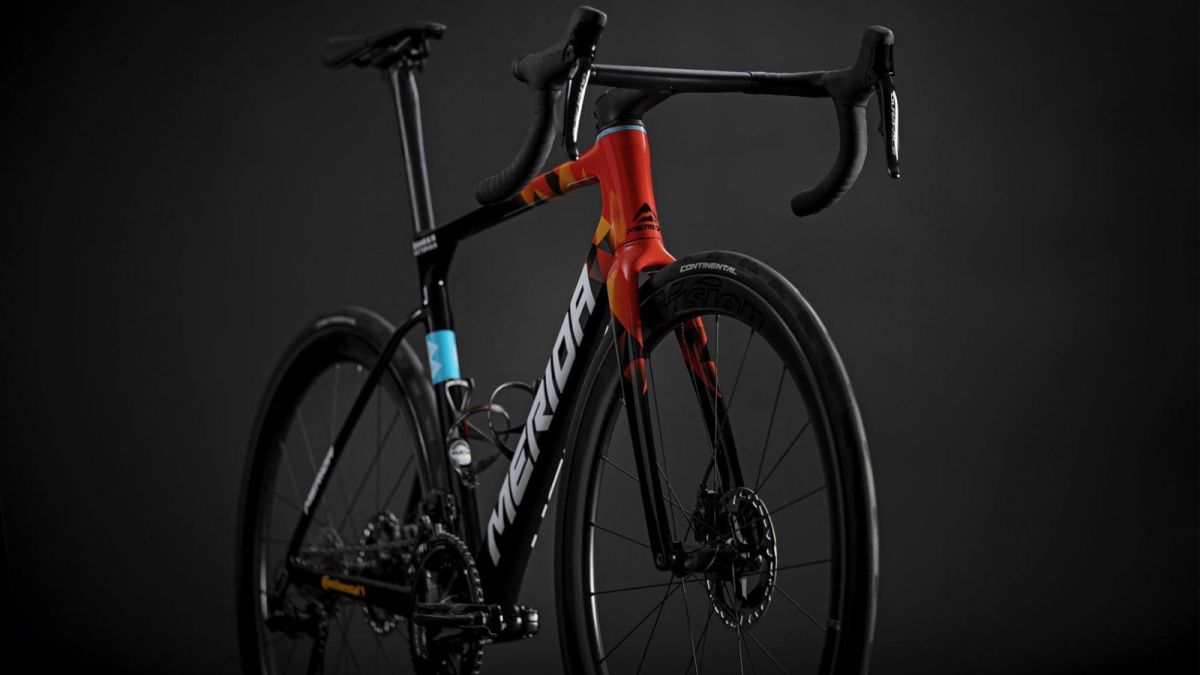 Merida just announced the launch of the all-new Scultura Team for 2022. Featuring aerodynamic tubing profiles, a wider tyre clearance, and the brand’s all-new one-piece carbon cockpit with Force Diffuser technology, Merida says its new Scultura Team is not only more aero, but also more compliant and lightweight – a trio of qualities very difficult to combine, making it a potential contender in the best road bikes market. Even bigger news is that it comes sporting the just-announced Dura-Ace 9200 series groupset, complete with a power meter.

Now in its fifth generation, the Scultura comes with a rich race heritage and even has four wins under its belt this year, from the Critérium du Dauphiné, the Tour de France, and the Vuelta a España. It’s been the go-to bike for Merida’s World Tour teams for years and bears the name of Team Bahrain Victorious on its frame.

The Scultura Team edition fits into the Merida road bike range as a model for serious racers at the highest level, alongside aggressive riders taking on sportives, gran fondos, and fast-paced club runs.

A balance between weight and aerodynamics is always going to be an art rather than a science. According to Merida, the Scultura Team continues to tip towards the lightest weight possible, even with better aerodynamics on hand.

The brand says that by optimising the carbon layup and using a greater percentage higher-modulus carbon fibre, the new Scultura weighs in at 822g for a size medium frame. That’s 4.4 per cent lighter than its predecessor and potentially making way for a space on the best lightweight road bikes list.

Merida says these weight savings don’t come at the expense of wind-cheating aerodynamics, as it’s leveraged the lessons of its Reacto aero bike to make the Scultura more aero even while the weight dips. Specifically, that means a reduced frontal area and adapting aero specific Reacto design features around the head tube and fork area. It also means introducing complete cable integration with a one-piece carbon cockpit, hiding the seatpost clamp, and lowering the attachment points of the seat stays.

According to Merida, these changes add up to substantial drag reduction. The outgoing model generated 234.3 watts of drag at 45km/h (just under 28mph) with 40mm wheels and a weight of 6.9kg. Moving to the new model is said to reduce drag by 10 watts at the same speed, while also weighing slightly less with deeper wheels. Compared to the Reacto it’s just over a 10-watt penalty while realising a weight saving of 300 grams, and makes it all the more possible that the Scultura Team could find its way onto our list of the best aero road bikes.

The best race bikes aren’t just light and fast, they are responsive and comfortable over the long haul. Merida says it has made updates in this area as well.

According to the brand, compared to the previous iteration of the Scultura, the bottom bracket stiffness remains at 62 N/mm of deflection while lateral fork stiffness is up 12.8 per cent to 53 N/mm. That likely means better pedalling efficiency and more precise steering performance, though Merida claims comfort gets equal billing.

The brand says it has built more compliance into the Scultura Team, with a 40mm shorter seat tube that reveals more of the seat post and introduces a bit of flex, as well as clearance for 30mm tyres. This makes it possible to run lower pressures, reduce rolling resistance and increase puncture resistance. Merida also claims to have reduced vertical stiffness between the bottom bracket and saddle from 111 N/mm to below 80 N/mm.

Specifications and other features

There are plenty of other new features not yet touched upon, including the brand’s new one-piece carbon cockpit. With integrated stem and spacers, and internal cable routing that funnels everything through the stem, the end result is a neat and tidy front area.

The brand also introduces its Force Diffuser technology: this is wrapped around the carbon steerer to, according to Merida, help spread the load of force to reduce fork steerer fatigue.

Powering the new Scultura Team is the all-new Shimano Dura-Ace 9200 series groupset, including a direct-mount rear derailleur for improved shifting, while the disc brake callipers feature CNC-machined cooling fins which apparently reduce braking temperatures by a third when tackling long and demanding descents.