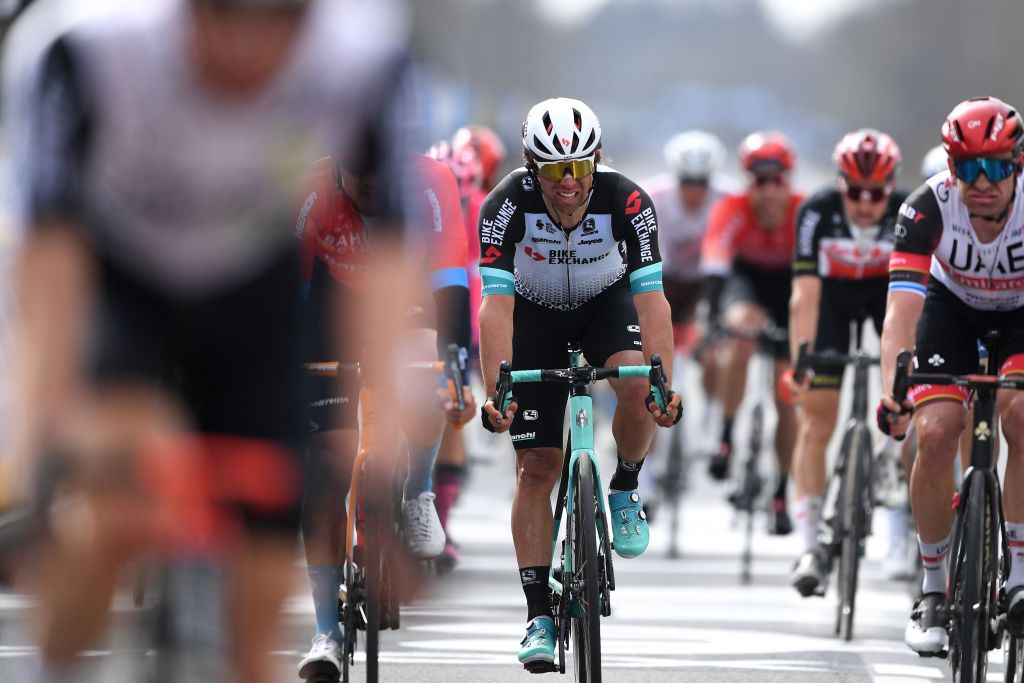 The Tour of Flanders was far from the finish to the spring cobbled Classics Team BikeExchange were hoping for with Michael Matthews a long way from securing that elusive win, though there have been enough close calls in the season so far that the team has reason to hope the top-step could soon be within reach.

Matthews came sixth at Milan-San Remo and was fifth at Gent-Wevelgem after the Australian-based team were instrumental in the crucial split but cramps stymied the final sprint. Then, at the Tour of Flanders Matthews slipped back, well out of the fight for victory in 21st place, after he and his teammates were caught up in crashes and left out of position when the crucial attacks came.

Now attention turns toward De Brabantse Pijl on Wednesday, where the team will be looking to turn those earlier near misses into a hit, rather than stray further from the target like they did at the Tour of Flanders.

“It [Brabantse Pijl] is a race Matthews really likes and one he really enjoys racing and his results show that, so of course we will go all in with him but there’s stiff competition out there,” said Team BikeExchange sport director Mat Hayman. “We will be backing him fully, as we have been in the Classics and we want to set things straight after a disappointing Flanders.”

Brabantse Pijl, ranked 1.Pro, opens up the next chapter of racing which then moves onto the WorldTour events of the Amstel Gold Race, La Flèche Wallonne and Liège-Bastogne-Liège. Wednesday’s race is one where Matthews has come close to victory, placing in the top-five four times and of those two were second places, in 2014 when Philippe Gilbert beat him in a two-up sprint and 2015 when Ben Hermans took a solo victory and then Matthews won the sprint from the chase group behind.  The worst position he has crossed the line in was 11th in 2017 when he took the sprint from the peloton which was quickly – but not quite quickly enough – closing in on the winning break as the line approached.

Matthews, who has returned to the Australian team after a four-year absence to spearhead its Classics push, has also delivered top five results across the three WorldTour-ranked Ardennes Classics.

“I feel like I had good legs during the cobble Classics and I’m even more motivated now to try and get a good result during these next Ardennes races,” said Matthews. “I have been second twice before in this race, it is a race that I like, it is always hard and aggressive, and I think with the repetitive climbs it suits me quite well.

“We have a really strong team so I hope we can have a good race, some good luck and finish on the podium once again, on the top step is what we really want.”

There will be plenty of competition for that top step, with the postponement of Paris-Roubaix adding extra firepower with the likes of Wout van Aert (Jumbo-Visma) joining the fray at Brabantse Pijl as a replacement race for the cobbled Classic.

“He has been close, and we just need a few things to go our way,” said Hayman. “As we know these races are always close and anything can happen, and we just have to keep knocking on the door.”