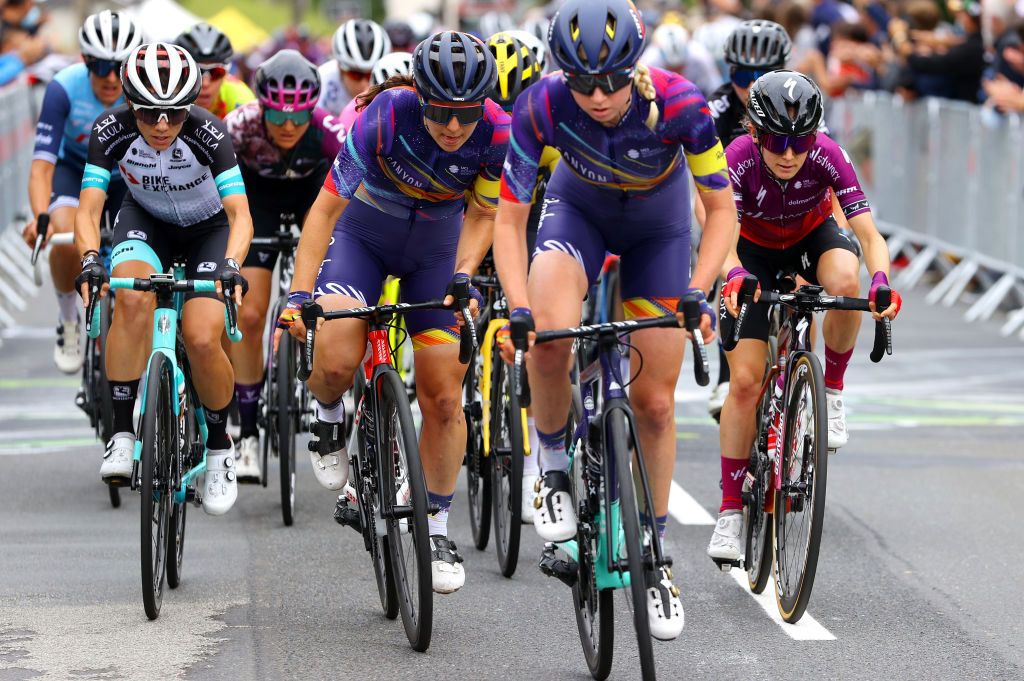 Mikayla Harvey (Canyon-SRAM) has thrown in the towel on her general classification ambitions at the Giro d’Italia Donne after finishing 36th place and losing nearly nine minutes to stage winner and overall leader Anna van der Breggen (SD Worx) on the stage 2 summit of Prato Nevoso.

“I am done with my GC ambitions. I lost too much time today to be in contention and I think it’s an unrealistic goal. We need to switch focus to someone else or to use our opportunities to go for a stage result,” said Harvey following stage 2.

She signed a contract with Canyon-SRAM and was the team’s highest hope in the GC this year, especially as Kasia Niewiadoma (runner-up last  year) opted to skip the Giro d’Italia Donne to focus on the Olympics.

Stage 2’s 100km race began in Boves and looped across the region’s lumpy terrain before tackling the first of two proper mountaintop finishes at Prato Nevoso. The final ascent was 15 kilometres along the category 1 slopes of the Colle del Prel into Prato Nevoso. It was the first test for the GC contenders to reveal themselves and for time gaps to open between the main rivals in pursuit of the maglia rosa.

Van der Breggen secured a solo victory by more than a minute ahead of her two SD Worx teammates Ashleigh Moolman-Pasio and Demi Vollering.

For Canyon-SRAM, Elise Chabbey, who was in an earlier breakaway, and Alena Amialiusik crossed the line just over five minutes behind the winner in 17th and 18th, respectively. Harvey finished in 36th place at 8:59 down.

Amialiusik is now the best-placed Canyon-SRAM rider in the overall in 15th place, just under six minutes behind van der Breggen.

“I am disappointed in my performance today. I felt empty and had nothing in my legs. It is upsetting because the team really worked hard for me and I wasn’t able to deliver,” Harvey said.

“I won’t let one bad race day get me down though. The beauty about stage racing is that there are multiple opportunities. Me and my teammates still have eight more chances to deliver a nice result. So we will be even more motivated in the next days!”

There are still eight days of racing at the Giro d’Italia Donne that includes an uphill time trial on stage 4, and another mountaintop finish on stage 9 at Monte Matajur, the penultimate stage, before concluding in Cormons on July 11.