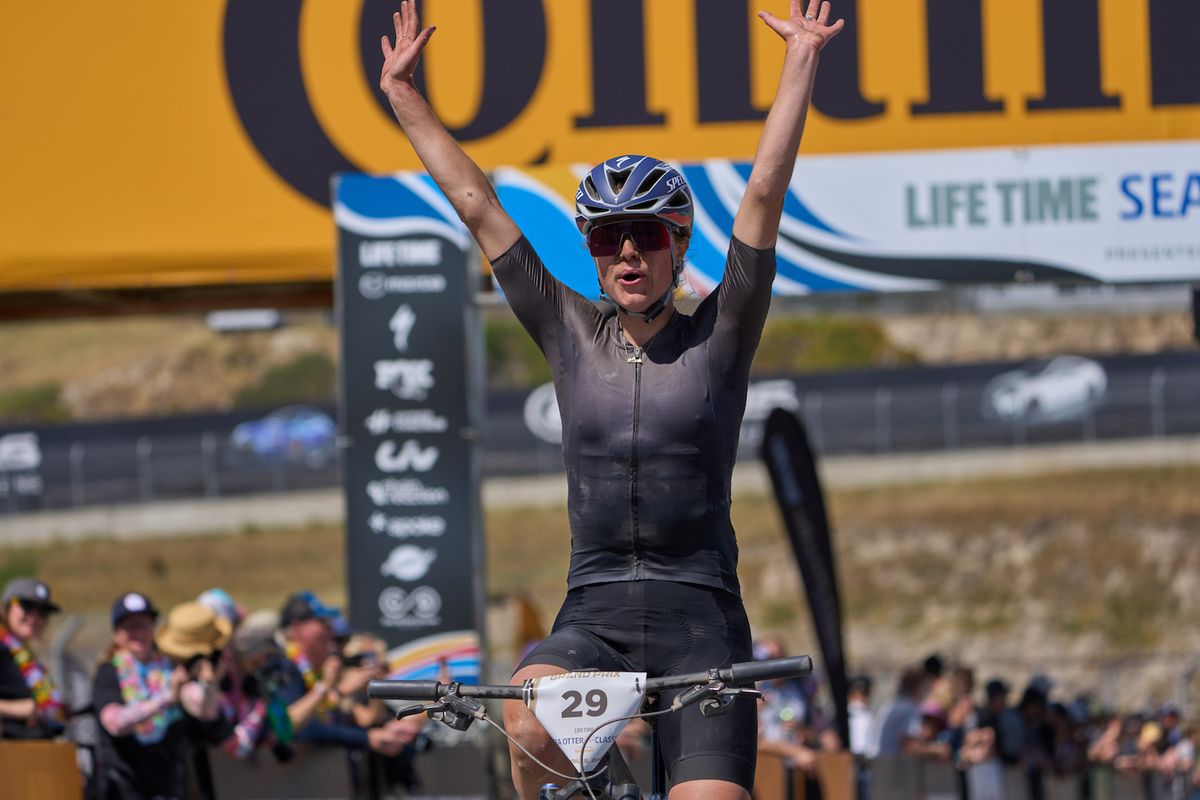 The riders who would make the podium led after the first of two 40km laps, moving in a counter-clockwise direction with 868 metres of elevation gain on each circuit of flowing singletrack. Wilson, Gomez-Villafañe and Skarda were joined in the lead pack with two-time US mountain bike Olympian Lea Davison. Trailing just two seconds back were a duo of mountain bike specialists, Hannah Finchamp and Evelyn Dong.

Wilson, who came in with four race wins already this season, had no issues on the second lap to create a gap and take the victory.

“I feel incredibly humbled to be here in the first place with 30 of the top racers in the country,” said the 25-year-old at the finish line. “I feel super new to all of this, so I don’t know what it’s been like historically, but I feel like this is elevating women’s cycling in the US.”

Wilson finished the 2021 gravel campaign with a victory at the inaugural Big Sugar Gravel in Arkansas, which will be the final event of the Life Time Grand Prix series this season. This year she already has four wins in California on the off-road scene at The Rock Cobbler, Shasta Gravel Hugger and two of three races in the Grasshopper Adventure Series.

The six-race, invitation-only series opened Saturday in Monterey, California and a total of 30 women and 30 men were confirmed to contend for a season-ending $250,000 prize purse, shared equally among the top 10 in each category. The competition requires riders to compete in five of the six events to be eligible for the final payouts. On Saturday, 24 of the 30 women took part in the mountain bike race, with absentees being Whitney Allison, Erin Huck, Rach McBride, Flavia Oliveira-Parks, Hannah Shell, and Ruth Winder.

The next stop for the series is Unbound Gravel 200 in Emporia, Kansas on June 4.