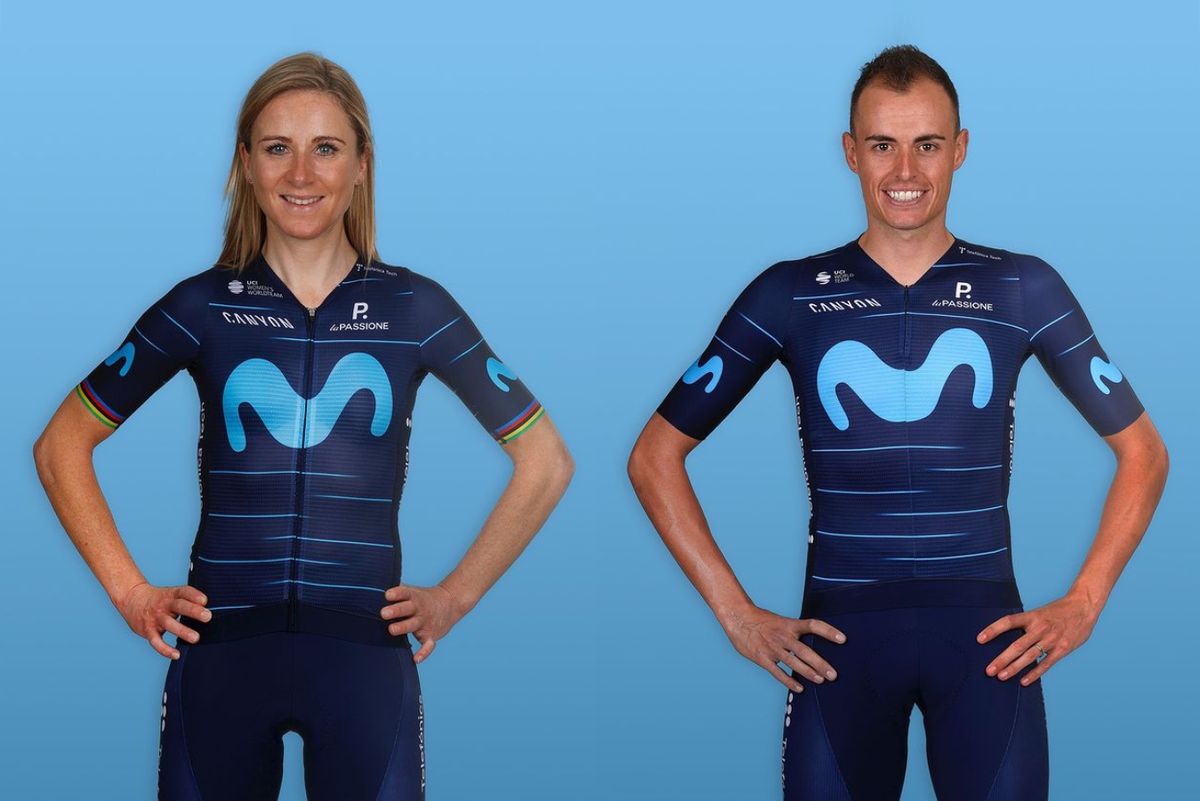 The Movistar team have revealed their racing kit for 2022, swapping their sky blue look for a striped dark blue jersey and matching shorts.

The 2022 kit is made by direct-to-retail brand La Passione, which replaces Alé. Alejandro Valverde, Enric Mas, Annemiek van Vleuten, Emma Norsgaard and Matteo Jorgenson showed off the jersey in a video launch on Wednesday.

The 2022 jersey and shorts are decorated with a blue curvy Movistar ‘M’ and other logos of the telecommunications giant. Other sponsors such as bike brand Canyon and La Passione also get a place on the jersey.

Movistar had a below-par season in 2021 but are continuing to change the team’s structure and profile in 2022 under the control of Head of Performance Patxi Vila.

New signings for the men’s team include Gorka Izaguirre, Oscar Rodriguez, Max Kanter, Ivan Sosa, Will Barta and Alex Aranburu, while Miguel Ángel López, Marc Soler and Dario Cataldo are amongst those who have moved on.

Mas remains as team leader for the Grand Tours, with Iván García Cortina targeting the Classics, while 41-year-old Valverde is expected to finally retire after the 2022 season.

Van Vleuten leads the women’s team for a second season along with Emma Norsgaard, with Australia’s Sarah Gigante a major new signing for 2022.

In recent weeks, Ineos Grenadiers, Trek-Segafredo, Drone Hopper-Androni Giocattoli and Team DSM have revealed their 2022 racing colours. Others are expected to do so in the next few days and especially at the start of 2022, when new sponsorship begins and new signings can show off their 2022 colours.

See more
SOURCE: CyclingNews   (go to source)
AUTHOR: Stephen Farrand
All copyrights for this article, including images, are reserved to the original source and/or creator(s).