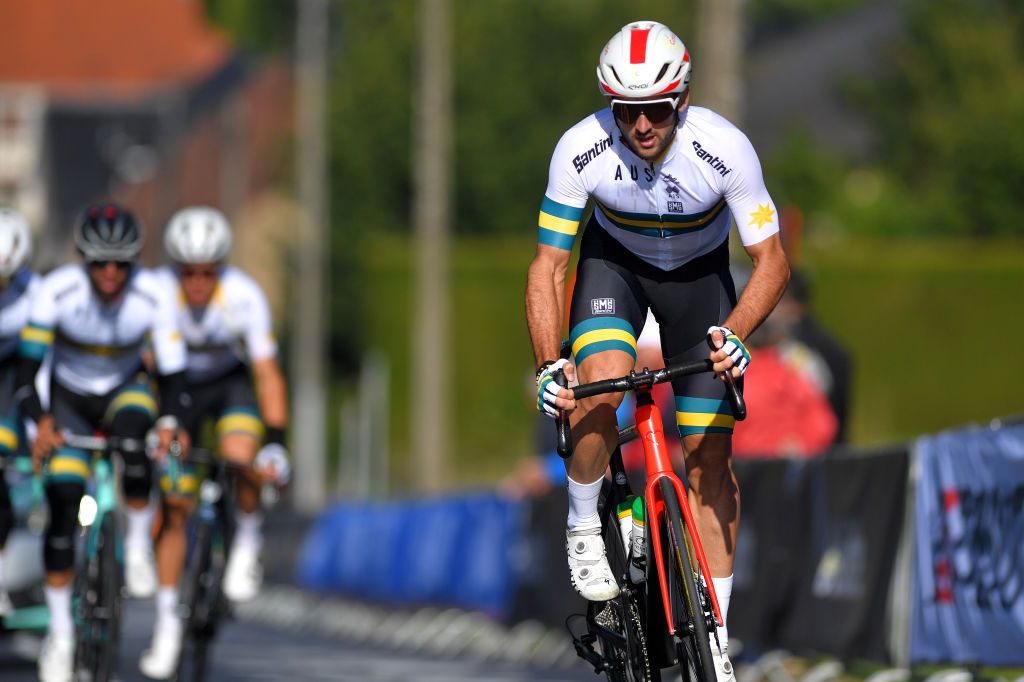 Nathan Haas has announced that he is making the switch from road racing to the world of gravel on a full-time basis in 2022.

The Australian, who runs The Gravelog podcast and has taken part in several European races this year, confirmed the move in his blog for Cycling News, writing that the impact of the COVID-19 pandemic on road racing the past two years had made him realise it was time for a change.

“I think if you’ve followed my story over the last few years, it would be one of the world’s worst kept secrets that I am changing to gravel racing,” Haas wrote. “I love it. I feel like a kid again, but to be honest, a little bit different to that, but I realised my most important lesson of all in the past two years and here it is.

“To express yourself to your best physical potential, it needs to be paired with an equal or greater love and passion for what you’re doing.

“Again, don’t get me wrong, I still love road cycling, I watch it whenever I can, I bleed it. However, after two very hard years the true love of it maybe slid away as the effects of COVID – both the changes to the intensity of racing post-lockdown, and actually having had COVID, which in season I never felt I caught back my breath, so to speak – made me realise that it’s time to change.”

Earlier this season at the Arctic Race of Norway, Haas told Cycling News that he had “a sparkle in my eye” for gravel, adding that a Lachlan Morton-like ‘alternative calender would be his dream going forward.

However, after 12 years of racing on the road having started out mountain biking, Haas has decided to turn his full attention to the ascendant discipline, following the likes of Laurens ten Dam, Peter Stetina, and Ian Boswell in making the switch.

Haas revealed that he had the change of heart to move to gravel over the summer and added that he is already making plans with technical partners, including clothing company Castelli, for next season.

“This is not a retirement. It’s a change of discipline,” Haas wrote.

“As my father recently told me as I was deliberating over sticking with road or jumping all guns blazing into the world of gravel: ‘The best way to predict your future is to create it’. And hell, for myself, my talents, and my spirit, there’s not much room for creativity in road cycling, so, easy decision.

Haas, who has raced on gravel in Catalunya, at Nove Eroica in Tuscany, and at Serenissima Gravel in October, hasn’t confirmed which races will form his schedule for next season, though it’s likely that major US events such as SBT GRVL, Belgian Waffle Ride, and Unbound Gravel will be on the menu.

The move means that Haas waved goodbye to road racing at the Veneto Classic in mid-October, following a season which saw him suffer from COVID-19 and pneumonia in the spring before working his way towards the Road World Championships in Leuven, where he rode for Australian team leader Michael Matthews.

During his career Haas has raced for Genesys Wealth Advisors, delivering time and time again in his final year with the Australian-based team before he moved into the WorldTour with Garmin-Sharp. He then moved to Dimension Data, Katusha and Cofidis, racing seven Grand Tours along the way and racking up seven career wins.

He has twice taken victory at the end-of-season Japan Cup, and also won the 2012 Tour of Britain, beating Damiano Caruso by five seconds after Jonathan Tiernan-Locke was stripped of victory. Other wins on Haas’ road palmarès include the 2011 Herald Sun Tour, a stage at the race in 2014, and stages of the Vuelta a Burgos and Tour of Oman.