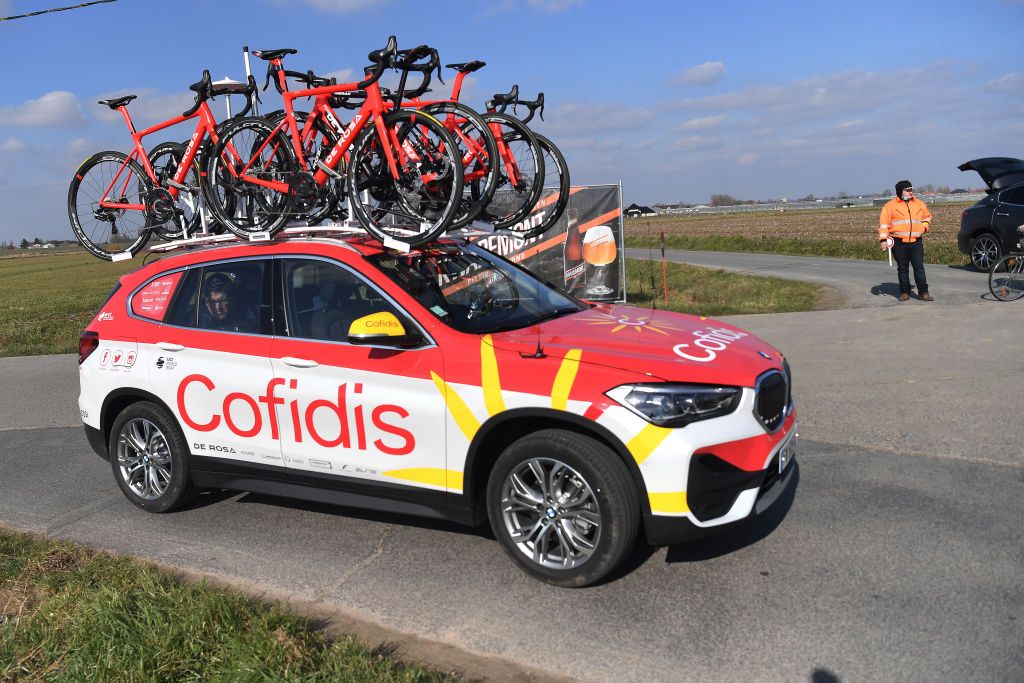 Cofidis has announced a 10-rider roster contracted to race for their new women’s team set to launch in 2022. The team will be led by Pernille Mathiesen from Jumbo-Visma along with Clara Koppenburg from Rally Cycling.

“We have a roster that will allow us to aim for places of honor both on the mountain stages, sprint and in the classics,” said the team’s sports director, Gael Le Bellec, in a press release. “The roster remains modest – 10 riders – but this allows us to support them individually and put them in the best possible conditions to shine during the races.”

Cofidis announced that it would create a women’s team, alongside their men’s and paracycling programmes, that would be supported with a €1 million a year budget and with an aim to acquire a Women’s WorldTeam licence for next season.

“Next year we will have a women’s team,” Thierry Vittu, director of human resources of the Cofidis Participations Group and chairman of Cofidis Competition, stated. “[It will be] the reflection of the diversity present in the Cofidis group. We will devote resources and all our know-how to it.”

Le Bellec has been tasked with bringing together the women’s roster, alongside the team’s general manager Cédric Vasseur, and they believe they have created a team that have a mix of both experience and with room to develop.

Mathiesen, 23, has competed at the Women’s WorldTour level for three seasons with Team DSM, formerly Sunweb, before joining Jumbo-Visma in 2021. She brings experience to the team having raced in a support role for riders like Marianne Vos. She will look to move to a leadership role and continue her progress in the time trial discipline.

Koppenburg, 26, is one of the peloton’s strongest climbers and will likely lead the team in their endeavours to be competitive in the mountainous stage races such as the Giro d’Italia Donne and the newly-launched Tour de France Femmes. This year she finished fourth overall at the Women’s WorldTour Vuelta a Burgos.

The team has also signed veteran racer Rachel Neylan, who has ridden with teams Orica-AIS, Movistar and Team Virtu. She secured the silver medal in the World Championships in 2012 and has won the overall title at Trophee d’Or Feminin, and was third overall at the Santos Women’s Tour Down Under. She recently finished sixth overall at the Ladies Tour of Norway and was second at La Choralis Fourmies Feminine.