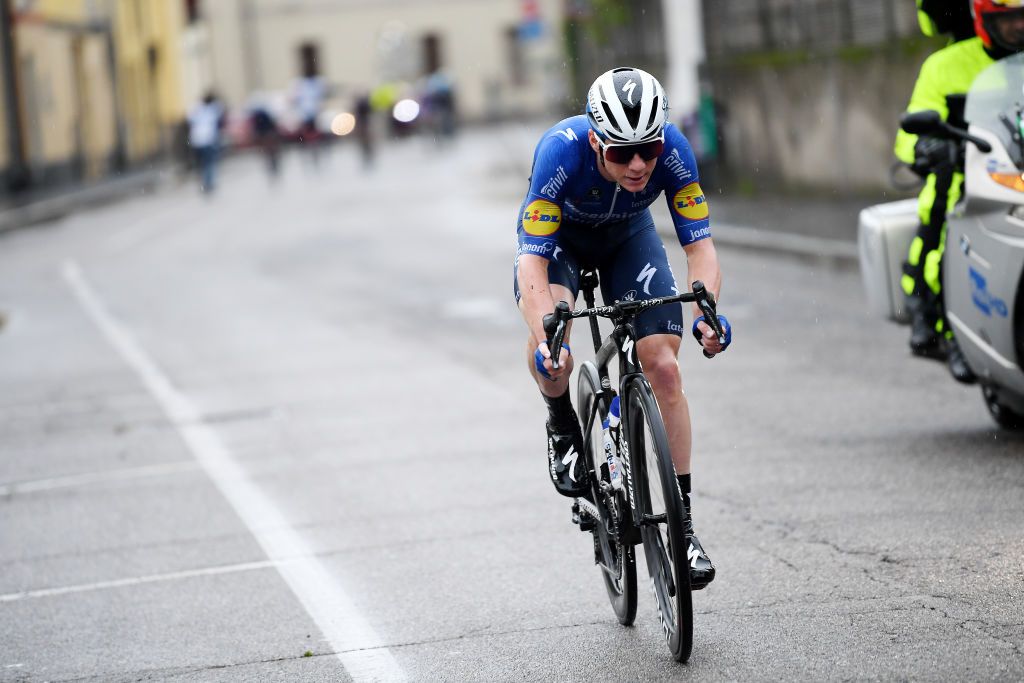 The tendency for long-range attacks and aggressive racing is likely to continue at Il Lombardia on Saturday with the new hilly route between Como and Bergamo packed with climbs that offer a series of launch pads for attacks, shake-outs and selections.

In recent years, Il Lombardia has finished in Como, with the Madonna del Ghisallo,  the steep Muro di Sormano and then the long and constant Civiglio shaping the race before the final San Fermo della Battaglia climb just few downhill kilometres from the finish line.

The Madonna del Ghisallo will pay homage to the cycling chapel via the easy side and act as a warm-up, with the Roncola after 100km introducing the Bergamo hills. The Dossena and the Zambla Alta climbs combine to reach the high-point of the race at 1257 metres and begin with 90km to go.

Many are predicting the race to kick off here, with the real contenders quickly emerging and the rest throwing in the towel. A more traditional finale could unfold on the Passo Ganda with 40km to go, but the final Classic of the season is expected to explode early.

Deceuninck-QuickStep have a trident of leader with different skills but the same ambitions in Remco Evenepoel, João Almeida and world champion Julian Alaphilippe.

Many are expecting Evenepoel to attack on the Dossena to expose his rivals and to try to get away in the hope of time trialling to the finish just as he did at the Coppa Bernocchi on Monday. Alaphilippe, who was ill after winning the world title, is more likely to wait for the final, cobbled steep climb to Bergamo Alta, while Almeida will surely be in the final selection too.

Deceuninck-QuickStep directeur sportif Klaas Lodewyck refused to reveal his tactics to Het Laast Nieuws but he hinted they could rip up their strategy to surprise their rivals and force them to control the race.

If Evenepoel does attack on the Dossena, we can expect others to jump in with him, just as Roglič, Pogačar and Michael Woods (Israel Start-Up Nation) did when Deceuninck-QuickStep attacked en mass at Milano-Torino with 60km to go.

Pogačar tried a long-range move on Tuesday at the Tre Valli Varesine with 112km to go, in what appeared to be a battle of youthful one-upmanship with Evenepoel and a love for aggressive racing. He has shown he loves to go mano a mano too.

Deceuninck-QuickStep can count on a solid team that includes Bergamo resident and key domestique Fausto Masnada, former Piccolo Giro di Lombardia winner Andrea Bagioli, veteran Dries Devenyns and Pieter Serry, who was a top 10 finisher at the race back in 2013.

Masnada lives on the race route in the Val Brembilla near the Berbenno climb and trains on the climbs all year.

“It’s a very selective route and everyone will race against us because we have Evenepoel and Alaphilippe,” he told the Italian website BiciPro.

“I hope to have the leg to be up there to help them because racing on my home roads will be special.

“Someone could make a move on the Dossena even if it’s far out but I think the race will be made on the Passo Ganda. It’s a real climb, it’s not far from the finish and is the hardest of all.”

The Dossena starts from the spa town of San Pellegrino Terme and climbs for 11km at 6.2%. The Zamba Alta adds a further 9.5km with steep sections near the summit. It all adds up to almost an hour of hard racing, with a technical descent to follow.

The Passo Ganda is 9.2km at an average of 7.3%, and the gradient hits 15% near the summit, which comes 32km from the finish. The descent of the famous Selvino climb includes 19 sweeping hairpins and so offers a chance for some riders to close any gaps or extend a lead.

“You’ve got to be careful because at the start of the Selvino it goes up and down. If someone gets away there, it’s hard to close the gap,” Masnada warned.

Deceunick-Quickstep will be hoping to have a numerical advantage and perhaps have Evenepoel already up the road. If that doesn’t work out Alaphilippe could try a final attack on the Colle Aperto up to Bergamo Alta and then use his descending skills to dive down to the finish line.