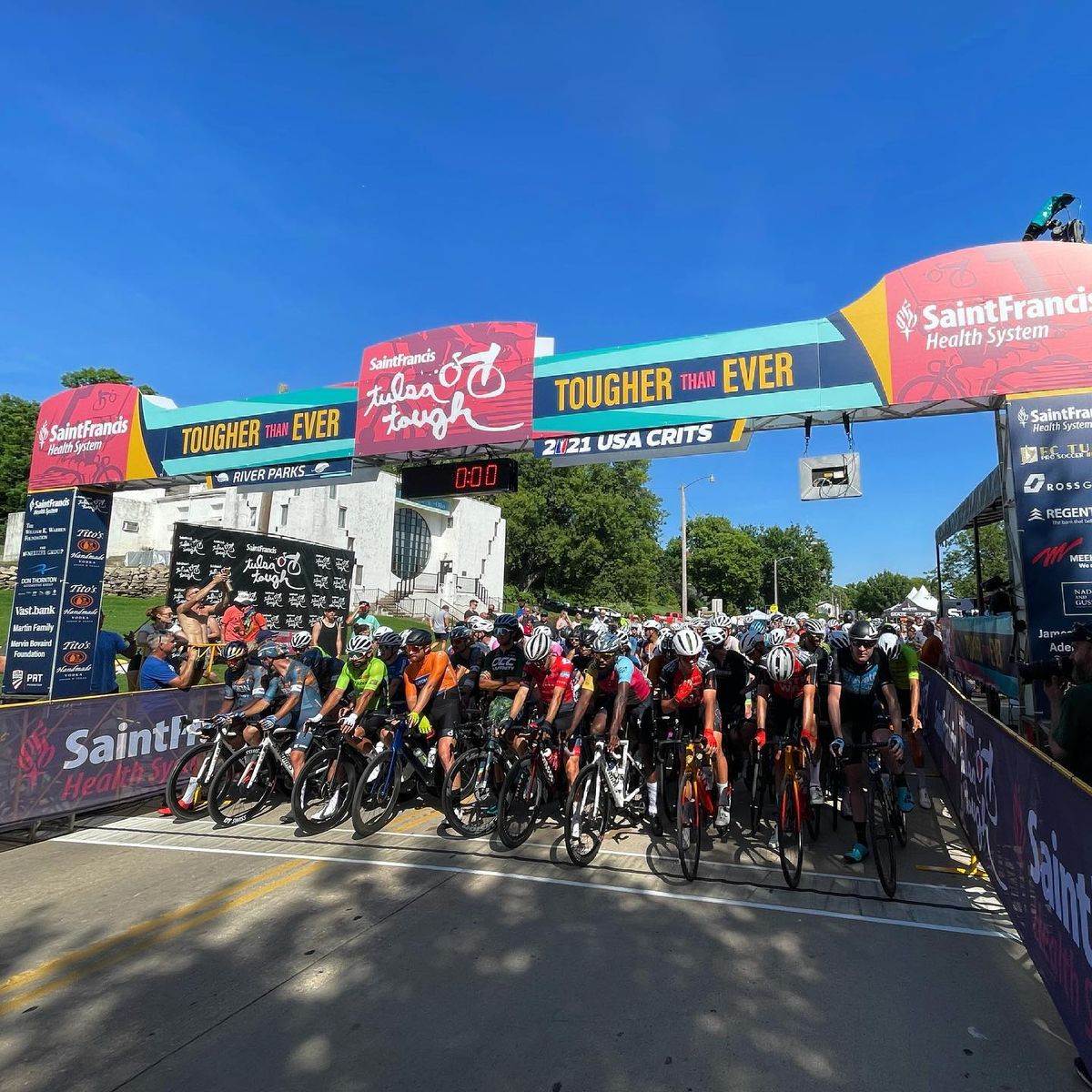 A new professional criterium series for 2022 was announced today by USA Cycling, working in collaboration with a group of race directors and cycling teams, many of them part of the National Association of Cycling Teams. Six founding events with 13 days of racing were confirmed for the new series, which will offer support and prize money totalling $100,000, to be shared equally between men and women.

Two of those races, Saint Francis Tulsa Tough in Oklahoma and ASWD Twilight Criterium in Idaho, were part of the USA Cycling Pro Road Tour. Along with Salt Lake Criterium and Littleton Criterium, those four founding events had been part of the USA Crits series, a separately-managed assembly of races which faced controversy and its future was uncertain for next season.

“Cycling teams and athletes have historically had to just accept what events put forward with limited to no say. We are excited that USA Cycling and event directors are making the effort to work with the NACT taking into consideration the unified voice of teams and riders. Putting teams and athletes first is a step in the right direction for the entire sport,” Lauren Dodge, the interim President of the National Association of Cycling Teams.

A selection committee from the stakeholders involved were currently assessing applications from other top events to be added to the series calendar, with a final list of criteriums to be announced in January, according to a press release. Other events which have been part of the Pro Road Tour are being considered, as well as L39ION of Los Angeles-owned events.

“Criteriums are the dominant form of competitive road cycling in the U.S. and have proven to be popular with the public and sponsors. This new collaborative effort between the event organizers, USA Cycling, and the athletes offers an opportunity to elevate the stature of criterium racing and bring additional value to our stakeholders”, said Malcolm McCollam, executive director of the Saint Francis Tulsa Tough.

The Tulsa races cover three days of racing, with the Gateway Cup races in the St. Louis, Missouri area offering four days of racing. Races in Utah and Indiana are part of two-day events, while Idaho and Colorado were single events. All events named in the series thus far had committed to awarding equal prize money for the pro men’s and women’s fields in their prospective races, with the series prize purse being an additional sum to individual event payouts.

“Championing the top criterium events in the U.S. is a priority for USA Cycling,” said Chuck Hodge, Chief of Racing and Events. “Being able to put a spotlight on the races and riders as part of a professional criterium series directly serves our mission of promoting the sport of cycling.

Once a complete lineup for races is announced next month, USA Cycling said a name for the series would be unveiled along with more details.