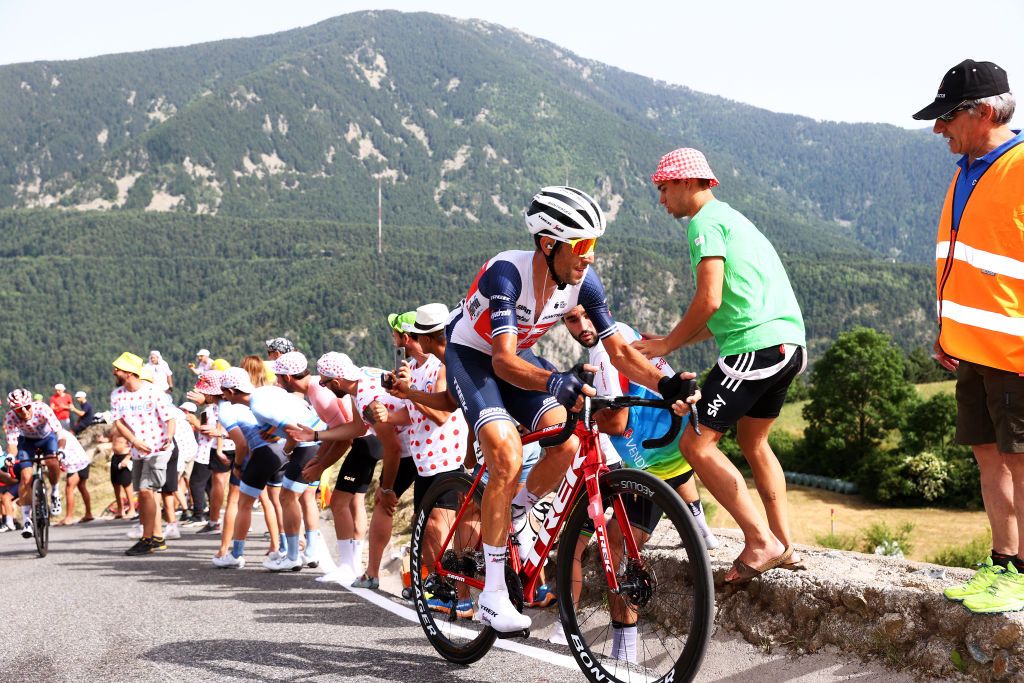 Vincenzo Nibali (Trek-Segafredo) had one last day out in the break hunting a stage victory on stage 15 of the Tour de France before leaving the race on the second rest day to turn his focus on the Olympic Games in Tokyo.

Nibali made it into the day’s break of 34 riders, along with teammates Julien Bernard and Kenny Ellisonde, and also held firm in the front group as numbers dwindled until eventual winner Sepp Kuss (Jumbo-Visma) attacked with 20 kilometres to go. The Italian rider, just like the rest of the group, couldn’t follow and ended up finishing in eleventh place.

“Today, it was all day hard, not just the finale, especially after the strong effort we made yesterday,” Nibali said in a team statement. “We did a strong ride with Julien and Kenny, who did a good job supporting me. It was not easy at all to be in the front.

“In the finale, we tried to push hard, to set the pace high to make a selection. It was a way to control the race also. On the final climb there was no agreement in the breakaway, and it was just a personal confrontation among the best. I think it was a good day, we raced aggressively as the team has been doing since the beginning. Definitely a last good test to leave the race.”

Now the 2014 Tour de France winner will turn his attention to his Olympic aspirations, with the 36 year old lining up at the Games for a fourth time in 2021 with hopes the road race on July 24 will end better than it did in 2016. In Rio Nibali crashed from a lead group of three just ten kilometres from the line, leaving the Olympics with a broken his collarbone instead of a medal, which had looked well within reach.

Nibali was by no means assured of a berth in Italy’s five rider squad this time but secured his place – alongside Giulio Ciccone, Alberto Bettiol, Gianni Moscon and Damiano Caruso – with aggressive racing at the Italian National Championships and in the early stages of the Tour.

While the French race may have been a key component in Nibali securing a spot in the team, as well as excellent preparation for the climb heavy course, continuing on through to the end would be a big ask considering his recent schedule. He had a break after the Giro d’Italia, but then with the Italian National Championships, the Tour de France and the Olympic road race, Nibali would have faced up to six consecutive weekends of racing if he didn’t walk away early.

“I raced a different Tour compared to my past experience, but similar to 2016 before Rio,” Nibali said. “The Tour is a boost for everyone; you can compare with the top in the world. I think it was the perfect way for me to reach the top form for Tokyo.

“The feeling is good, but for a race like the Olympics you need the entire team at the top. I’m sure my teammate Ciccone will be a key rider for the team.”