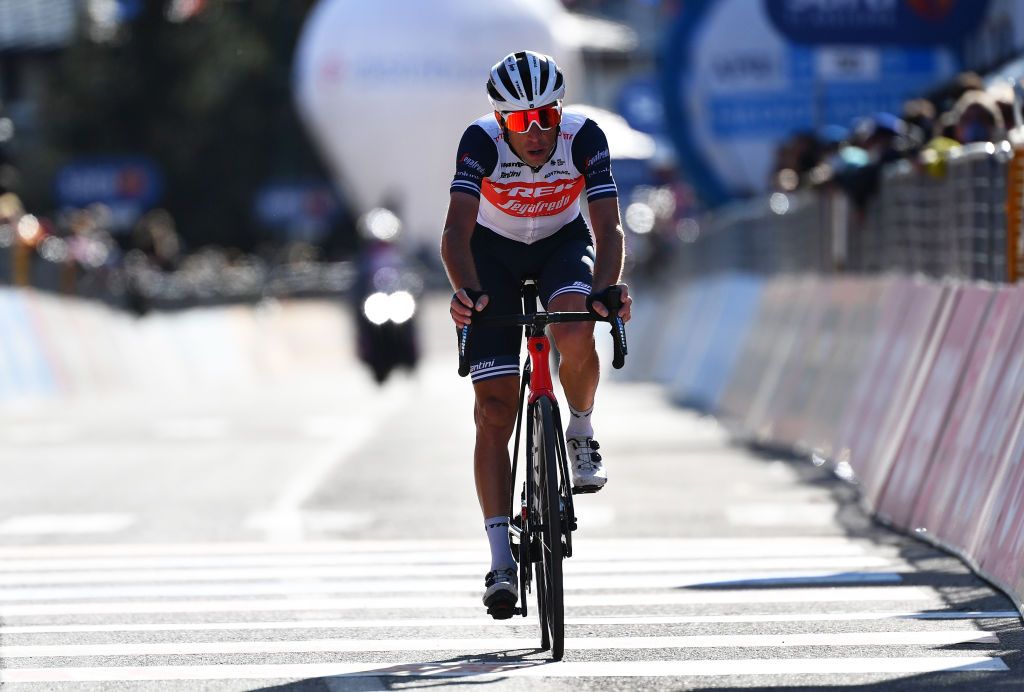 Vincenzo Nibali may have been cleared to step back into Trek-Segafredo’s 2021 Giro d’Italia squad following his wrist fracture but the team have made it clear that it will be waiting to see how the racing unfolds to determine if the two-time Giro winner will also be stepping back to a GC focus.

Nibali fractured the radius bone in his right wrist on April 14 and hasn’t raced since Milan-San Remo, so will line up for the May 8 time trial starting the Giro d’Italia just three-and-half weeks after the fracture and without having pinned a number on for seven weeks.

“In our winter plan, he was the GC leader, but the crash changed everything,” Trek Segafredo sport director Kim Andersen said in a statement. “We’ll understand his ambitions as we go along. For us, it is important to know that he is there. Vincenzo has class, experience, grit, and a very strong bond with the race. His determination is an added value without equal.”

Nibali had surgery two days after the crash, with a small plate and screws fitted. A special carbon fiber brace was designed to help reduce the pain as he resumed training on the road and he recently spent nine days at altitude near Livigno. The 36-year-old rider said earlier this week that while the pain was still there, the determination to go ahead and ride the Giro was stronger.

“He must pass the first week without problems, and then it will be a crescendo,” said Andersen. ”Week three is his terrain. He can aim for the stages, or he can surprise everyone and fight for the GC, although the competition from the new generation will be very strong. Vincenzo’s goal is to race free.”

The team said Ciccone and Mollema both come in with stage win as a clear goal and a stage victory for Mollema would mean he’d taken one across all the Grand Tours.

“He won’t have the stress of the GC fight and everyone knows how reliable he is as a rider,” said Andersen. “I believe that this could be the right time to add the missing piece to win a stage in all the Grand Tours.”