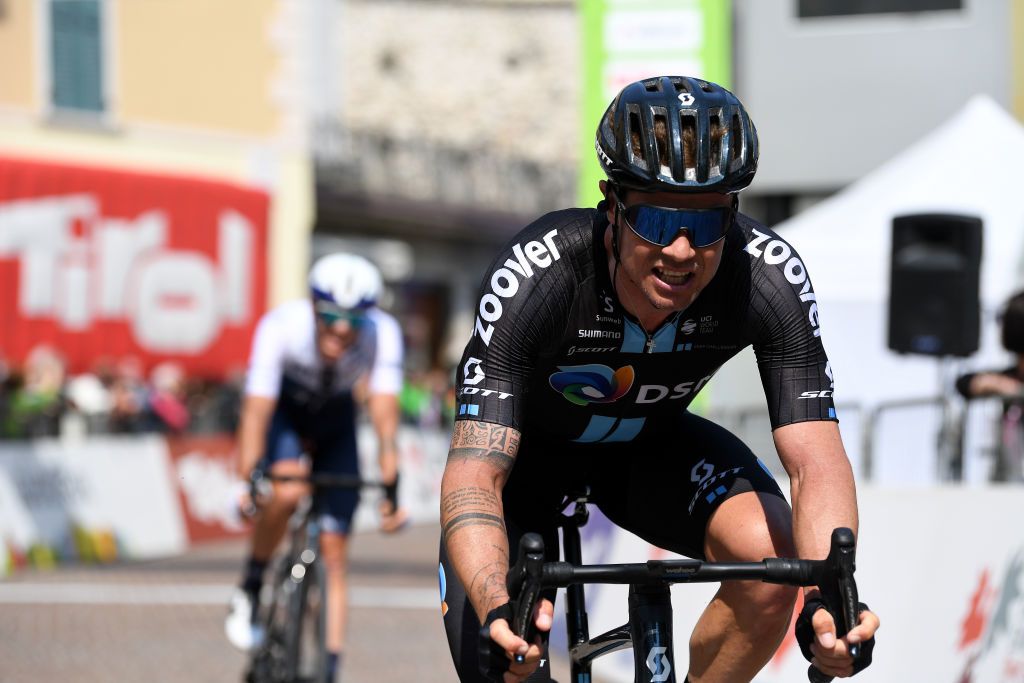 After 17 years as a professional bike rider, more than 1,270 days of competition, and a considerable 24 starts with 22 finishes in Grand Tours, Nicolas Roche (Team DSM) has announced his retirement from the sport.

The 37-year-old Irishman competed in the Irish national road championships in recent days, netting second in the time trial on Thursday and sixth in the road race on Sunday, and used those races to draw a line under his time as a professional athlete.

On Monday, he issued a statement making public his retirement. “This is both the hardest and easiest decision I have ever had to make,” he said.

“I have been lucky to have spent time with some of the best cyclists in the world, past and present. We often discussed when is the right time to start a new chapter. I always thought I would keep racing as long as possible. However, these riders often said that one morning you will wake up and just know it is time to retire.”

For Roche, that moment came several weeks ago.

“It was a decision I made in late August, early September. It wasn’t from one day to the other, I feel it was kind of in the back of my mind after the Giro d’Italia,” he told Cycling News.

“I realised that the bunch is getting younger, cycling is changing a lot, and there was a moment where I felt I wasn’t getting as much enjoyment out of it than in other years. It is also so competitive that I was also not recovering as well as I wanted.

“I had a good level again this year, but I want to end my career at the level where I’m satisfied with and not do a year that I feel I’ll be just in the back of the bunch and struggling. So I made the call.”

Roche has been with Team DSM for the past three seasons, acting in a road captain role. He was third on a stage in this year’s Giro d’Italia and more recently finished 13th overall in the Tour of Britain. He’s still riding solidly and might have changed his mind had the right opportunity come along. However, discussions with teams didn’t get to an advanced stage and Sunday’s road race championship marked his final competitive event.

Son of an Irish father and French mother, Roche grew up surrounded by the sport. His father Stephen Roche won the Tour de France, Giro d’Italia and World Championship road race in 1987, while his uncles Laurence Roche and Neil Martin also raced as professionals. His first cousin, Dan Martin, has been a pro rider for many years and is also hanging up his wheels this month.

Roche turned professional in 2005 with Cofidis, moved to Credit Agricole in 2007 and then to AG2R La Mondiale in 2009. After a four-year period as one of the protected riders, his career focus shifted to helping Tour de France contenders. He had two year stints with Saxo-Tinkoff, Team Sky and BMC Racing, backing riders such as Alberto Contador, Chris Froome and Richie Porte.

His career saw him clock up personal successes, including Vuelta a España stage wins in 2013 and 2015, stints in the Vuelta leader’s jersey in 2013 and 2019, as well as placings of fifth and sixth overall. He was also 12th in the 2012 Tour de France and has placed second on several stages. Other notable results include a stage win in the Tour of Beijing, a stage and the overall honours in the Route du Sud, plus multiple national championship titles.

Outgoing by nature, Roche has done some commentary work on Eurosport and hopes to continue in the same role. He also has a number of business interests and will also work alongside his longtime agent Andrew McQuaid at Trinity Sports Management.

“I realised that there was a lot more than cycling in life,” he told Cycling News. “And I think Covid also helped with that. I was brought up for the last 18, 19 years just thinking that cycling is the only priority and everything you do is always about cycling and everything else in the world is seen as a distraction for your career.

“Whereas I think today I’ve had a pretty hectic and busy life in every way, not just professionally with cycling. Now it’s a moment where I feel it’s time for me to slow down a bit, to have new goals and to start something new.”

SOURCE: CyclingNews   (go to source)
AUTHOR: Shane Stokes
All copyrights for this article, including images, are reserved to the original source and/or creator(s).