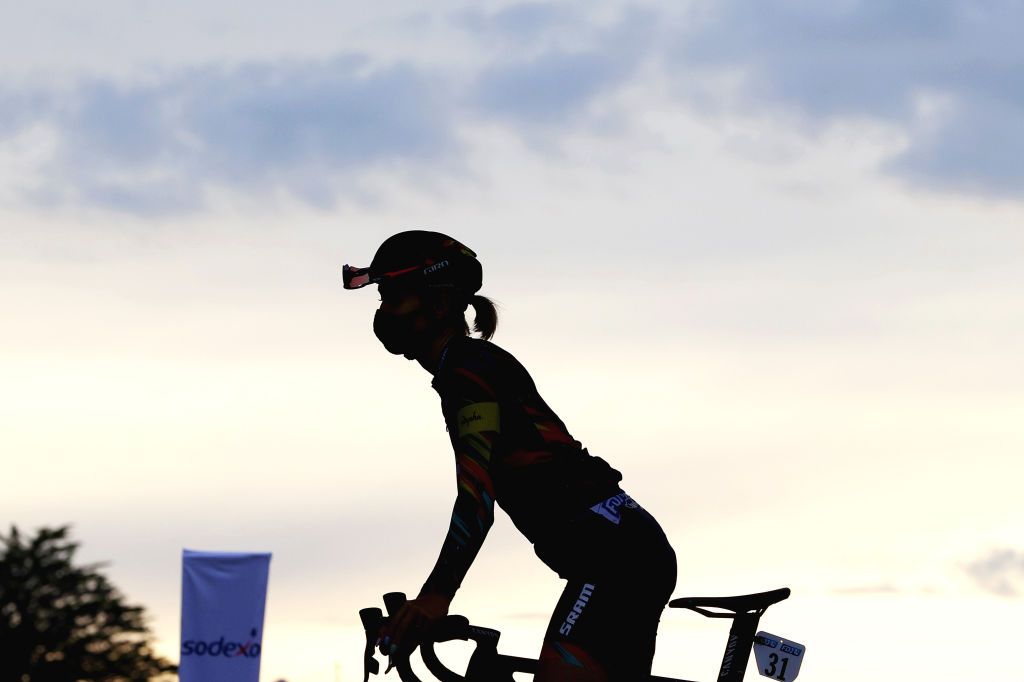 Kasia Niewiadoma (Canyon-SRAM) went into the first-ever Paris-Roubaix Femmes fresh from the podium of the World Championships, where delivered an attacking performance that proved just how well-prepared she was for her final block of racing for 2021. The 27-year-old’s season, however, came to an abrupt halt before she even got to the cobbles of the history-making event in northern France.

A crash after 30km meant that instead of celebrating as she crossed the finish line at the hallowed Roubaix velodrome, Niewiadoma was on her way to hospital to have her injuries checked.

“I feel like I missed out on a cool party today but on the other hand I’m very happy and stoked to be part of this great historical moment,” said Niewiadoma in an Instagram post. “Huge congratulations to [Lizzie Deignan] for such a gutsy and brave ride, what a show you put on today.”

“Proud of my girls [at Canyon-SRAM] for showing some fighting spirit despite all the bad luck we encountered today! I ended up in the hospital with no major problems other than a hurt knee. Season 2021 is officially over for me! Thank you for all your support and positive messages!”

Teammate Alena Amialiusik was also among the many riders that came down. Fortunately the team confirmed on Twitter that both her and NIewiadoma were okay. The wet conditions and muddy course meant the famously difficult cobbles of Roubaix were even more challenging than usual.

Even among the 61 riders who did make it across the line before the time cut of the fast-paced battle there were those that were liberally coated with mud from their fall, sporting torn kit or nursing bloody wounds. Annemiek van Vleuten (Movistar) for one has a tough recovery ahead, ending not just her season but also likely many of her off season plans, with a pubic bone break in 2 places.

Niewiadoma had been on the provisional start list for The Women’s Tour, though now that she has said her season is over it looks like the race that starts Monday will be off the agenda for the 2017 winner and second-placed rider in 2019. It also means that she will miss her chance to delivery a victory this season, making it two in a row where she hasn’t had the opportunity to celebrate a victory.

The Polish rider has, however, spent a considerable amount of time on or near the podium with a second place at Dwars door Vlaanderen and La Flèche Wallonne as well as on stages at the Vuelta a Burgos and Simac Ladies Tour. She also took third on a stage of the Ceratizit Challenge by La Vuelta and, most recently, at the World Championships road race. She also has taken fourth place four times.