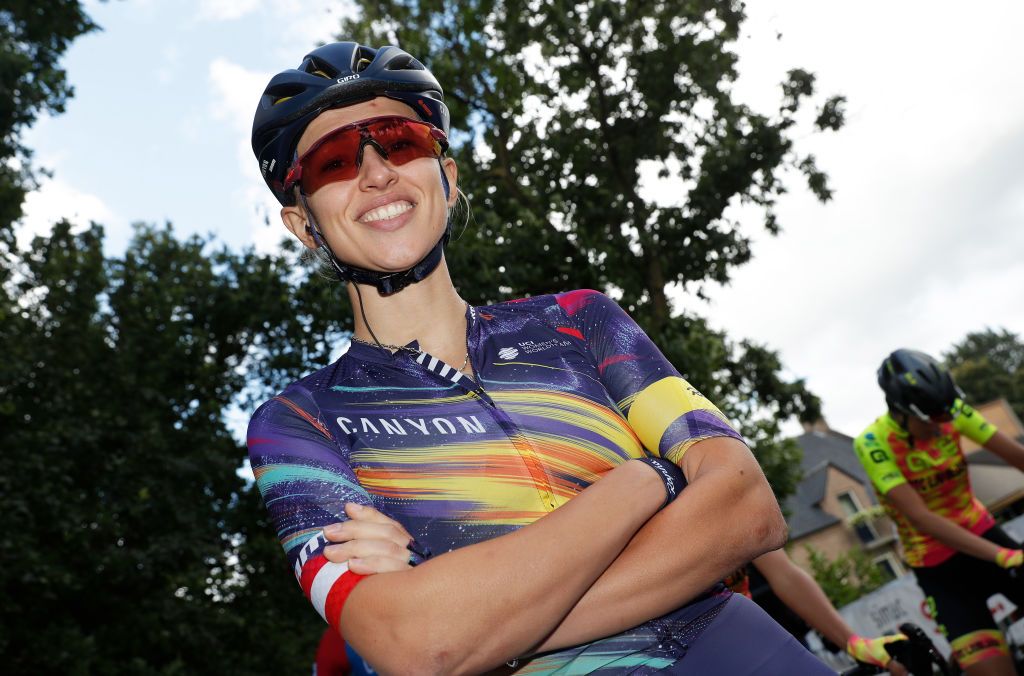 Kasia Niewiadoma was one of five Canyon-SRAM riders, alongside dozens of other riders from the women’s peloton, to attend the official route presentation of the Tour de France Femmes at the Palais des Congrès in Paris.

The rebirth of the event that was held from 1984-89 will take place next summer from July 24-31. Niewiadoma said that she is happy that the women’s peloton will have an opportunity to compete at the internationally renowned event.

“I wasn’t sure that I would have this opportunity in my career, to be able to race the Tour de France,” Niewiadoma said.

“So, it’s special to have been at the announcement yesterday and to see the excitement around the race. To know that I have a chance to race it, and hopefully many other female cyclists will have the same chance for years to come is really amazing.”

The route will cover 1,029 kilometres and include back-to-back mountain stages, two stages for the puncheurs, a stage that includes gravel sectors, and four flat stages. The women’s race will end atop La Planche des Belles Filles on July 31.

“I honestly like the stages. They give an opportunity to several different types of riders to try to win a stage. The last two stages appear the hardest and will likely make the GC, but I also like the mix, and that there is a gravel section in one of the stages,” Niewiadoma said.

The Tour de France Femmes will take place in July following the Giro d’Italia Donne that is held from July 1-10. Also new to the international calendar will be a women’s Tour de Romandie (WWT) and a women’s Ruta del Sol (1.1), and the existing Challenge by la Vuelta (WWT) and Tour de Suisse (2.1).

“Initially, before going to the presentation, I thought it would be nice to do, but there are some other women’s races on the calendar that I considered could be substitutes to target, such as Tour de Suisse, Tour de Romandie, Giro d’Italia, Challenge Vuelta and so on,” said Niewiadoma’s teammate Ella Harris.

“What makes the Tour de France Femmes avec Zwift stand out, is that it seems no stone has been left unturned. The race organisers and sponsors like Zwift, are going to all lengths to make it a polished event and they’re not taking any shortcuts. Sometimes in the past, there have been some women’s cycling events that have been more of a token gesture to make an organisation look good. The Tour de France Femmes avec Zwift looks like it talks the talk and it’s going to walk the walk.

“They’ve tried to be creative with the stages and you can tell there’s a lot of thought gone into it with a mixture of everything. They haven’t gone for an easy option of a tour of two or three days, fortunately we’ve passed that point with La Course. Instead, they’ve presented a solid eight days and they look like quite hard days. It will make for some incredibly exciting racing. With the different stages, it will be wide open until the last day, with the final mixed terrain steep climb.

“I’m excited about it, and it’s definitely high on my list to make the squad for. It will be history-making and I want to be a part of it.”