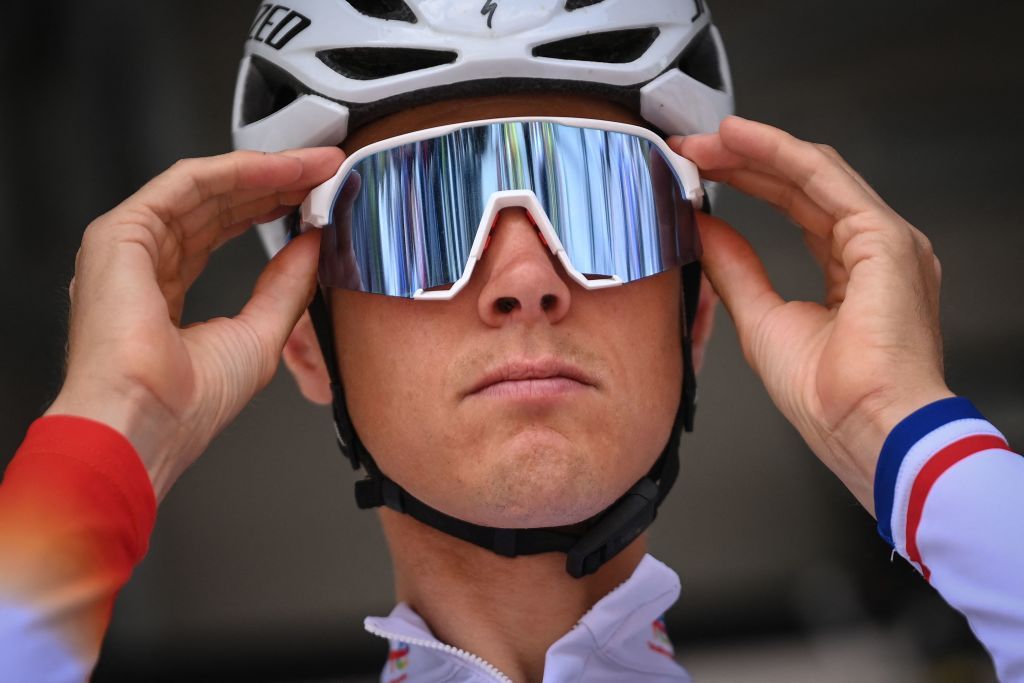 Niki Terpstra came through the line solo to take victory at the third round of the Trek UCI Gravel World Series, with the Dutch Team TotalEnergies rider dropping his breakaway companions to get a clear run to the line at the Wish One Gravel race in Millau, France.

The Paris-Roubaix and Tour of Flanders winner had been working out the front with Australian multi-discipline rider Adam Blazevic, winner of the last round in Nannup, Western Australia, and fellow Dutch rider Piotr Havik (Westland Wil Vooruit), who last month came second at the Traka 200 in a sprint finish with Unbound winner Ivar Slik.

The trio distanced their rivals on the 130km course, which started with a steep climb to the east from Millau before continuing through the woods and fields of the Aveyron region. However, ultimately the group split and Terpstra was in the lead as they worked their way back toward the finish line under the towering Millau Viaduct, a cable-stayed bridge spanning more than 2km.

Terpstra held his rivals at bay, finishing alone on the final tarmac section before throwing his hand up in celebration after 4:25:06. It wasn’t far off two minutes later that his nearest rival Havik crossed the line of the course with 2000m of climbing, while Blazevic, around 3-and-a-half minutes behind Terpstra, rounded out the podium.

It was then a solid gap until the next round of riders, in a field which was sprinkled with current and former road professional, crossed the line. Emeric Turcat was the first home-nation rider to finish, taking fourth, while Daniel Bonello (Equipos Oleka) came fifth ahead of Terpstra’s TotalEnergies teammate Geoffrey Soupe.

The next round of the UCI Gravel World Series will be held in Poland on Saturday June 18 before the racing moves onto the United States, in Fayetteville on June 25.