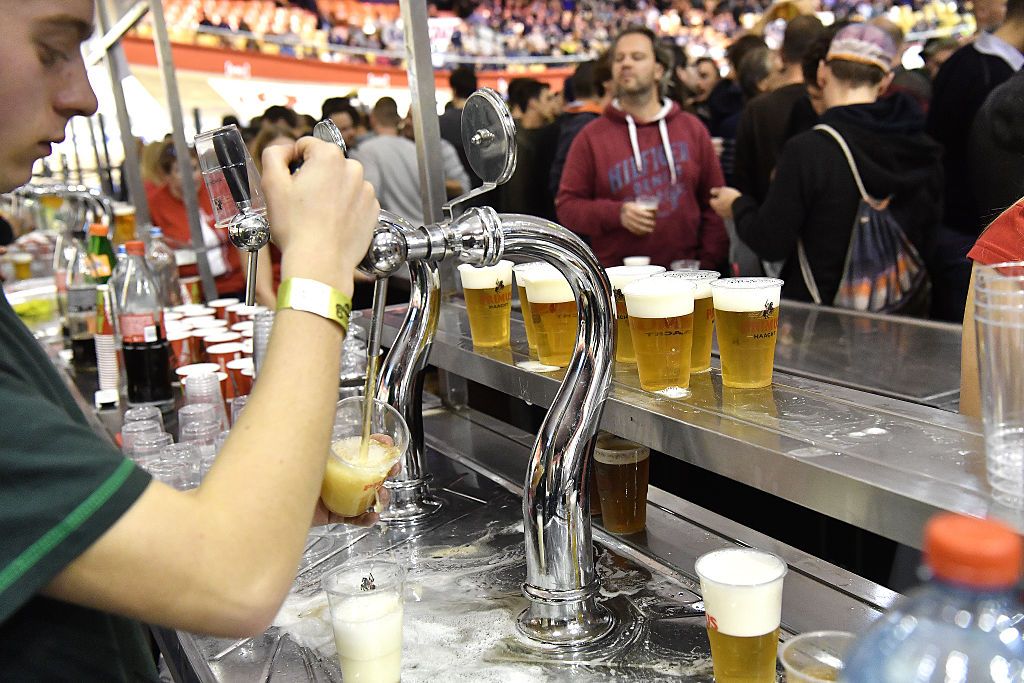 The bar in the middle of the Kuipke velodrome at the 2016 event (Image credit: Getty Images Sport)

The beer had been expected to flow at this year’s Ghent Six from November 17-22 in Belgium as fans celebrated its return after a 2020 cancellation but it looks like the party atmosphere that usually goes along with the historic event may end up being more restrained this year.

The latest release from organisers said that while racing at ‘t Kuipke velodrome is set to go-ahead with all spectators that have bought a ticket able to attend, some extra measures have been introduced following an increase in COVID-19 case numbers in Belgium. These include asking spectators to wear a mask at all times and removing any catering inside the hall, with eating and drinking limited to the catacombs and an additional covered outdoor area.

“The sporting program takes precedence, the atmosphere and conviviality remain very important, but this year will be accompanied by a little more discipline and common sense,” the organisers said in a statement.

The festivities at the 80th edition of the event – which before the introduction of the latest measures already had special rules and COVID-19 passes in place – will also not be able to follow the usual pattern of continuing well beyond the contests on the velodrome. Organisers said proceedings will wrap up as soon as the sporting program ends, with the music and catering ending when the racing does.

Among the twelve teams on the men’s start list for the six evenings of racing on the 166m Ghent ‘t Kuipke track are Madison world champions Lasse Norman Hansen and Michael Mørkøv along with the pairing of Mark Cavendish and Iljo Keisse. Lotte Kopecky and Amy Pieters are also among those lining up for the Minerva Ladies Trophy on Saturday, an omnium, as well as a points race on Friday.

The tightening of safety measures comes after a weekly COVID-19 report released by the European Centre for Disease Prevention and Control last week shifted Belgium into the very high concern category, along with countries like Greece, Slovenia and the Netherlands. The Dutch have gone back into a partial lockdown, and a government order has been put in place to ban all spectators from major sporting events, putting the UCI Cyclo-cross World Cup round in Rucphen on November 18 behind closed doors.

Belgium’s Consultative Committee is due to meet Friday, however, according to a report in Het Nieuwsblad, those involved in putting on the event are mindful of the possibility that an earlier meeting could be called, holding a chance that a temporary ban of mass events could be brought in.

“At that moment we will of course have no choice but to cancel the six-day event altogether. But luckily we are not that far yet,” the Ghent alderman of Sport Sofie Bracke said in the Het Nieuwsblad report.