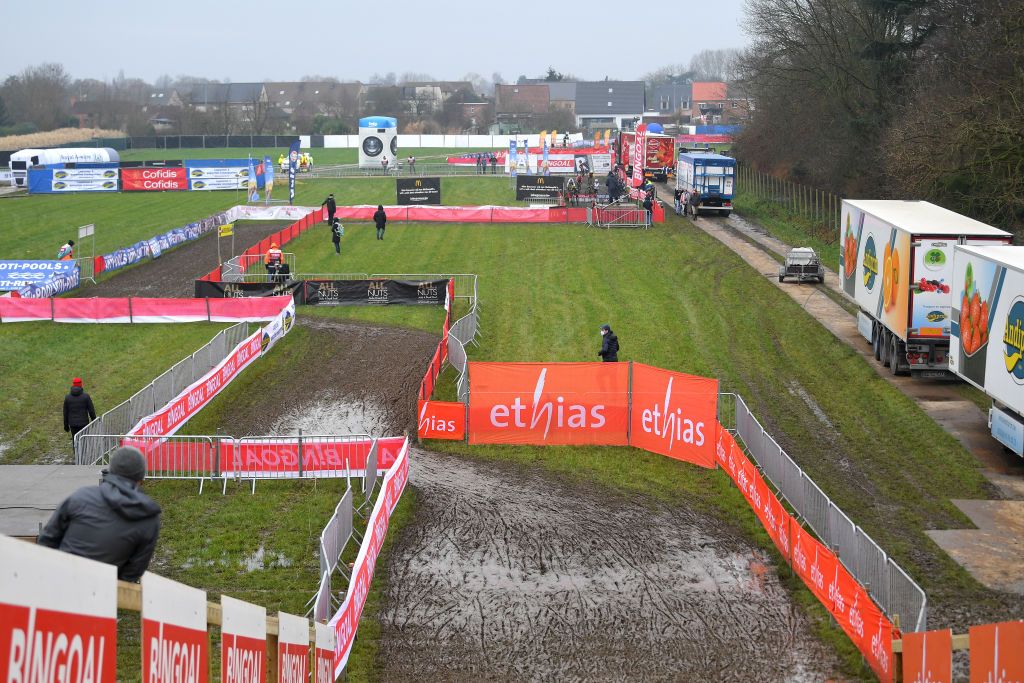 The Belgian Council of State overturned COVID-19 restrictions that closed theatres and other cultural venues but even if the decision would allow the upcoming cyclo-cross races to welcome spectators, organisers say there is no time to rebuild the infrastructure to host the fans.

The national federation, Belgian Cycling, is due to meet with government leaders on whether the court’s ruling would apply to cycling events but any decision is too late for Thursday’s Azencross in Loenhout and the New Year’s Day racing in Baal.

According to Het Nieuwsblad, the X2O Badkamers Trophy organisers Golazo are going ahead with the races without spectators.

“Loenhout tomorrow will go ahead without an audience”, said organiser Christoph Impens. “That has already been discussed with the mayor. After all, it is practically no longer feasible to put everything in order. And that is for several reasons: it is almost impossible to summon the police and fire brigade, all volunteers have been cancelled, there are no entrances, everything that was ready for the catering has been broken down again. The first race tomorrow will also start at 9 a.m. – that says enough.”

The coronavirus caused widespread cancellations in the 2020-2021 season before vaccinations were available, but this season went off with few strikethroughs until the delta and omicron variants caused a massive surge starting in October and peaking in early December.

The fans will have to wait until after the new year to attend races after the X2O Trophy in Baal, which will also be without spectators because of the problems with infrastructure. The January 5 round in Herentals “seems feasible” for fans, Impens said, but the Belgian championships in Middelkerke on January 8 and 9 will be behind closed doors.

“The military compound is closed until next Sunday and we have already demolished everything there. To say we have another week is a bit too simplistic a representation of the facts.”

A statement from Belgian Cycling on its web site the day before Christmas said they were surprised by the decision to not permit spectators, and “urges that the measure be lifted as soon as possible – of course if the evolution of the sanitary situation justifies this.

“For the second season in a row, the same organizers are now put against the wall. But even in these dire circumstances, all stakeholders in the cycling environment are doing their utmost to offer riders and (television) public top sport.”