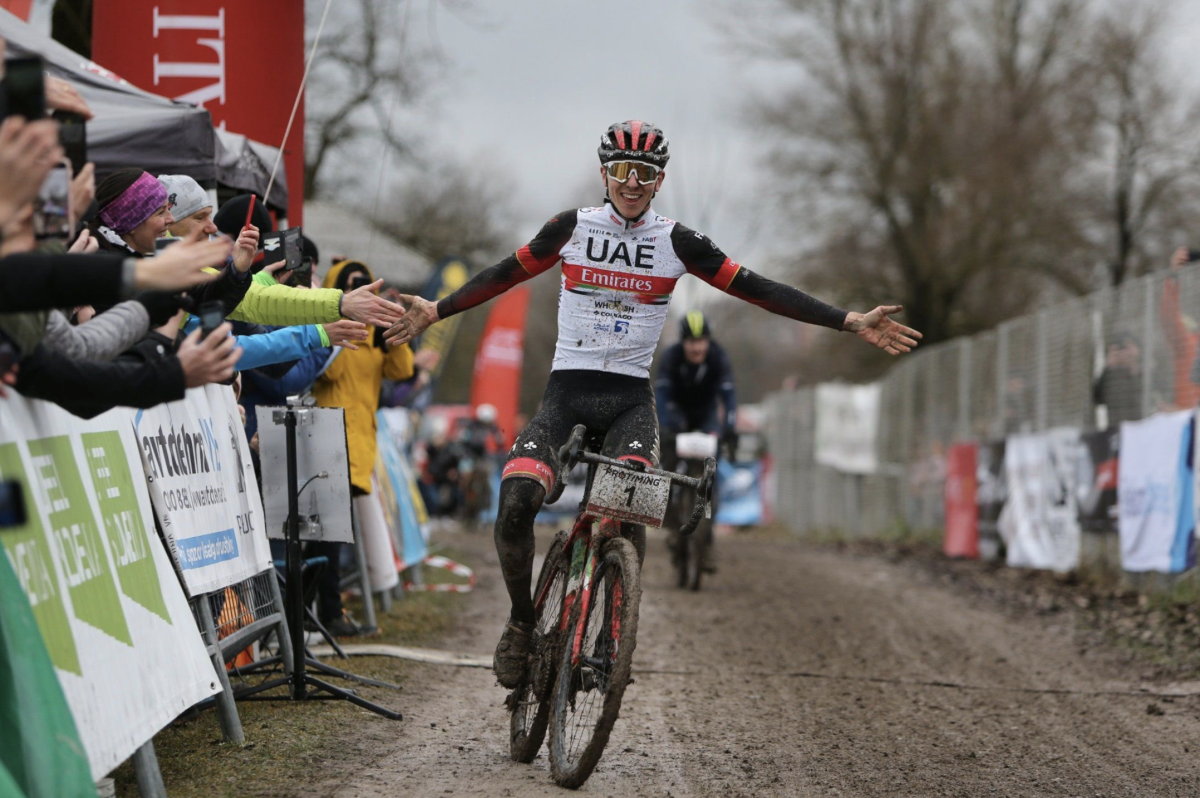 Tadej Pogačar scored success across all terrains in 2021, but UAE Team Emirates have confirmed that the two-time Tour de France champion will not seek to extend his dominance to the cyclo-cross circuit despite his victory in the Ciklokros Ljubljana on December 26.

Pogačar beat fellow road professional Luka Mezgec (Team BikeExchange) to the line in the event, which is part of the Slovenia Cup cyclo-cross series. The 23-year-old was no novice, having won the Slovenian national title in the discipline in 2018, but he has no plans to test himself against Wout van Aert, Mathieu van der Poel et al this winter.

A spokesperson from UAE Team Emirates confirmed to Sporza that the Ciklokros Ljubljana would be Pogačar’s lone cyclo-cross outing of the winter, swiftly ending any speculation that he might be tempted to line out at the cyclo-cross World Championships in Fayetteville at the end of January.

“Tadej was at the start of the cyclo-cross in Ljubljana on Sunday because it took place near his home,” UAE Team Emirates told Sporza.

“In addition, the cyclo-cross was organised by ‘Pogi Team,’ his youth team, so he participated to support them. It was the first and last cyclo-cross of the season for Pogačar. He will leave for Spain next week on a training camp.”

UAE Team Emirates will hold a training camp in Alicante from January 5-17. As in 2021, Pogačar will begin his season at the UAE Tour in late February. His Spring programme will also include Milan-San Remo, the Tour of Flanders, Itzulia Basque Country and Liège-Bastogne-Liège, and he will race the Tour of Slovenia as a warm-up for the Tour de France.

Last season, Pogačar won his second successive Tour and also notched up Monument wins at Liège-Bastogne-Liège and Il Lombardia, as well as stage racing triumphs at the UAE Tour, Tirreno-Adriatico and the Tour of Slovenia.