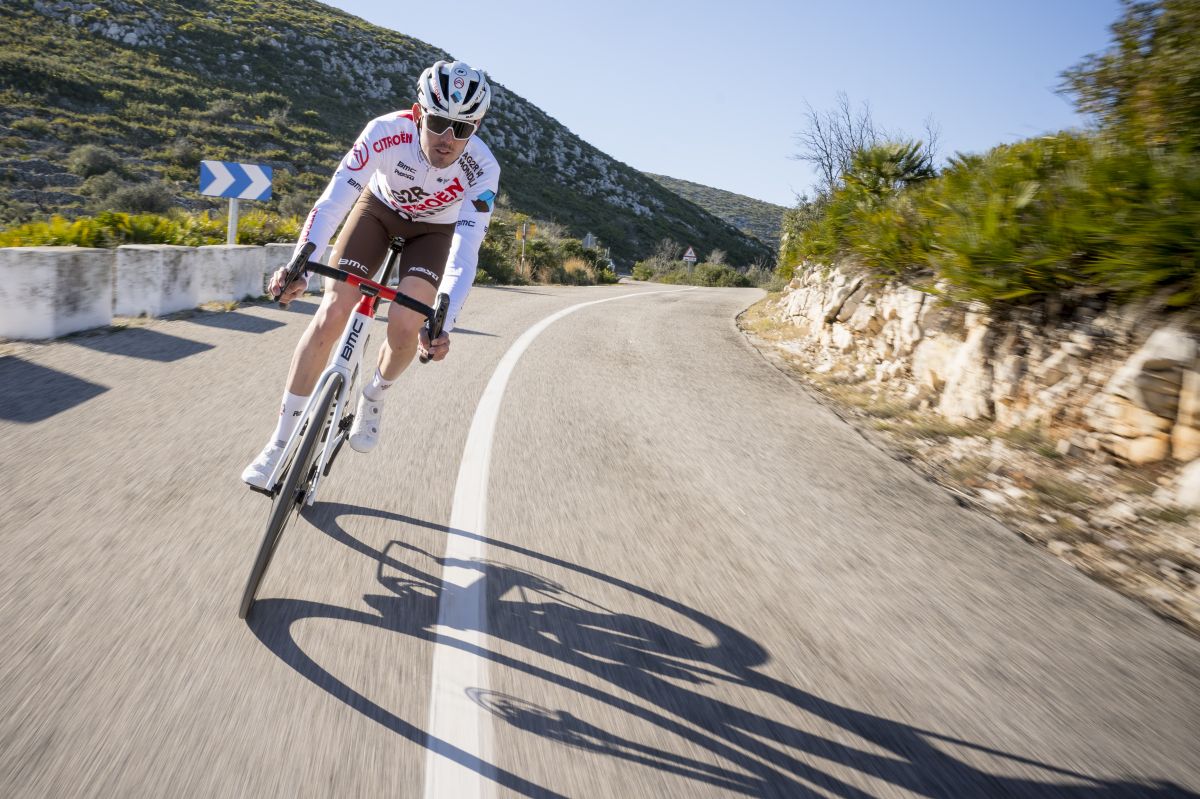 Ben O’Connor sums himself up with typical Australian bluntness. “I used to be kind of a one-shot wonder. I’d do something amazing and then disappear, so it’s nice that things have come together a bit more this season,” he told Cycling News prior to the start of the third stage of the Critérium du Dauphiné.

After four seasons with Dimension Data/NTT Pro Cycling, he often showed he had bags of talent as a climber, most obviously when winning a stage of last year’s Giro d’Italia at Madonna di Campiglio. But he struggled to find consistency in big stage races and the 25-year-old from Perth made what seemed like a surprise move (on both sides) to AG2R-Citroën over the winter. Yet moving to what is now one of the best-funded teams in the WorldTour is paying dividends, with O’Connor finishing 12th at Paris-Nice, and in his last outing sixth in the Tour de Romandie, just 45 seconds down on winner Geraint Thomas.

He admited that he can’t put his newfound consistency down to one thing in particular, other than the fact that he feels “comfortable” within the AG2R set-up.

“I’m not sure, maybe it’s just that I’m maturing a little bit, or that racing’s becoming a bit more habitual and you kind of get into the flow of positioning yourself in the bunch, of managing training and knowing how much to do, and also of reining yourself back in,” he said.

“I think this year’s seen a bit of a change in terms of my development. I think it’s taken a good turn, obviously. The results have been a lot more consistent than they used to be. And I guess the stability of the team really does help a little bit with your forward-thinking too.”

The strength of the team around him undoubtedly helps as well. At the Dauphiné, he can count on the likes of Classics stars Greg Van Avermaet and Oliver Naesen and French climber Aurélien Paret-Peintre, to pick just the best-known names in a very solid Dauphiné line-up where O’Connor has the number 1 on his bib number as team leader.

“Another top 10 here is the goal. The sun’s out and the heat can always take a toll on you sometimes in the first few days you’re exposed to it again, but there’s no reason why I can’t make the top 10, especially with La Plagne as the penultimate stage finish,” he said. “It’s a big climb and I always do well on the big, big climbs. It should be exciting.”

Switching from an English-speaking to a French-speaking team does create some issues, he acknowledged, but the Australian hasn’t found them insurmountable. “I don’t speak French fluently at all,” he confessed. “I miss a lot of what’s being said, but I get the general overview. I can understand what they’re telling me and I can also explain myself.

“But when you find yourself in that situation, it’s easier than you think to communicate your feelings, to express the things to improve on and what actually not to do. So, and I don’t really know why, there’s definitely a feeling of being more comfortable.”

He’s reluctant to think beyond the Dauphiné but does confirm that the Tour de France is on his programme.

“Obviously, the official team isn’t out yet, but it’s nice to know that you’re going to be going there and that you have a commitment from the team, especially with a French team. So I’m proud of that and hope to make the start line. Then I’ll try to do what I’ve been doing for all the races this year,” he said.

“Obviously, it’s the biggest race in the world. I’ve never done it before, but I know that the stress will be at another level, especially on the first couple of days in Brittany. I just figure if things don’t work out as you hope, you can always go for a stage win.”

SOURCE: CyclingNews   (go to source)
AUTHOR: Peter Cossins
All copyrights for this article, including images, are reserved to the original source and/or creator(s).