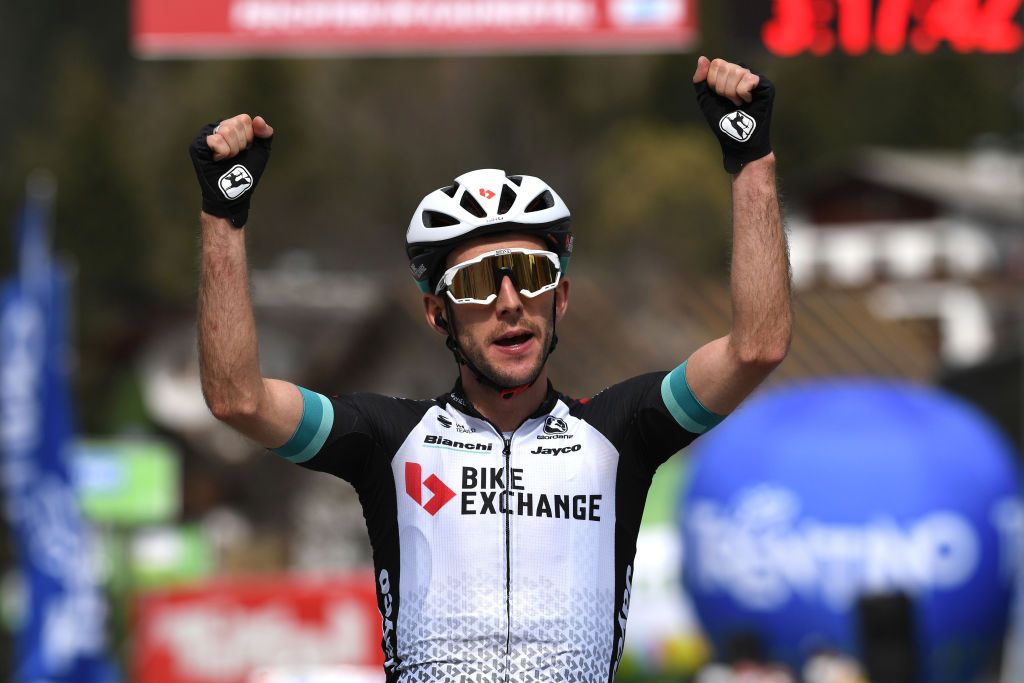 The Giro d’Italia begins in Turin on Saturday May 8 with a short time trial and includes 8 mountain finishes, including the Zoncolan, Sega di Ala, Alpe di Mera and a Queen stage in the Dolomites before a final 30.3km time trial to Milan.

At 26, Yates finished eighth overall in 2019 and spent 13 days in the race leader’s maglia rosa in 2018 before cracking in the final mountain stages as Chris Froome went on the attack and sealed final victory in Rome.

Yates bounced back and showed his Grand Tour credentials by winning the 2018 Vuelta a España. He was a favourite for the 2020 Giro d’Italia after winning Tirreno-Adriatico but was diagnosed with COVID-19 after the first week and then spent 10 day in isolation. The whole team then pulled out of the race after four staff members tested positive.

Now two years older and wiser, Yates dominated the recent Tour of the Alps on the second stage and went on to win the race, and Bike Exchange have built their team around him.

“The Giro d’Italia is a race that I really enjoy. I hope this year I can have clear run and a good go at fighting for the win and we have a very strong team to try to do that,” he said when the Biker Exchange line-up was confirmed.

“I like so many things about the Giro; the parcours, the food, the fans. I really enjoy racing in Italy, it is a great place to be a bike racer. This year the route looks very hard, of course there are some differences to the previous years that I have raced at the Giro d’Italia. It is book-ended with two time trials and time trials are not my speciality, so we will try to limit the losses there.

“There will also be a couple of stages with gravel roads, one stage with a long section of gravel and another with around one and a half kilometres of gravel on a climb to the finish, so it is going to be a testing race as always. The Giro d’Italia is never easy.”

Yates will study the dirt roads of the Montalcino stage early this week with head directeur sportif Matt White before travelling north to Turin for the Grande Partenza.

“This year’s race certainly has some traditional aspects, with a backend heavy parcours and some of the most brutal climbs in the world of pro cycling. The month of May can also dish up some surprises on the weather front,” White said.

“These are aspects we see year in, year out, but the difference for me is the obstacles that we will see prior, like the gravel stages. One of these stages has a gravel summit finish and the other one has more than 30km of gravel sectors; it’s basically a mini Strade Bianche but tougher and more technical.

“There’s no surprise that we have put a lot of effort into preparing for this year’s Giro d’Italia, Simon is one of the favourites going into the race and we are relishing the challenge. We have built a team around him which has a very good balance of experience and youth and I know the entire team is excited about going up against the best riders in the world as we support our leader to the maximum in this year’s edition.”

Team BikeExchange for the 2021 Giro d’Italia: