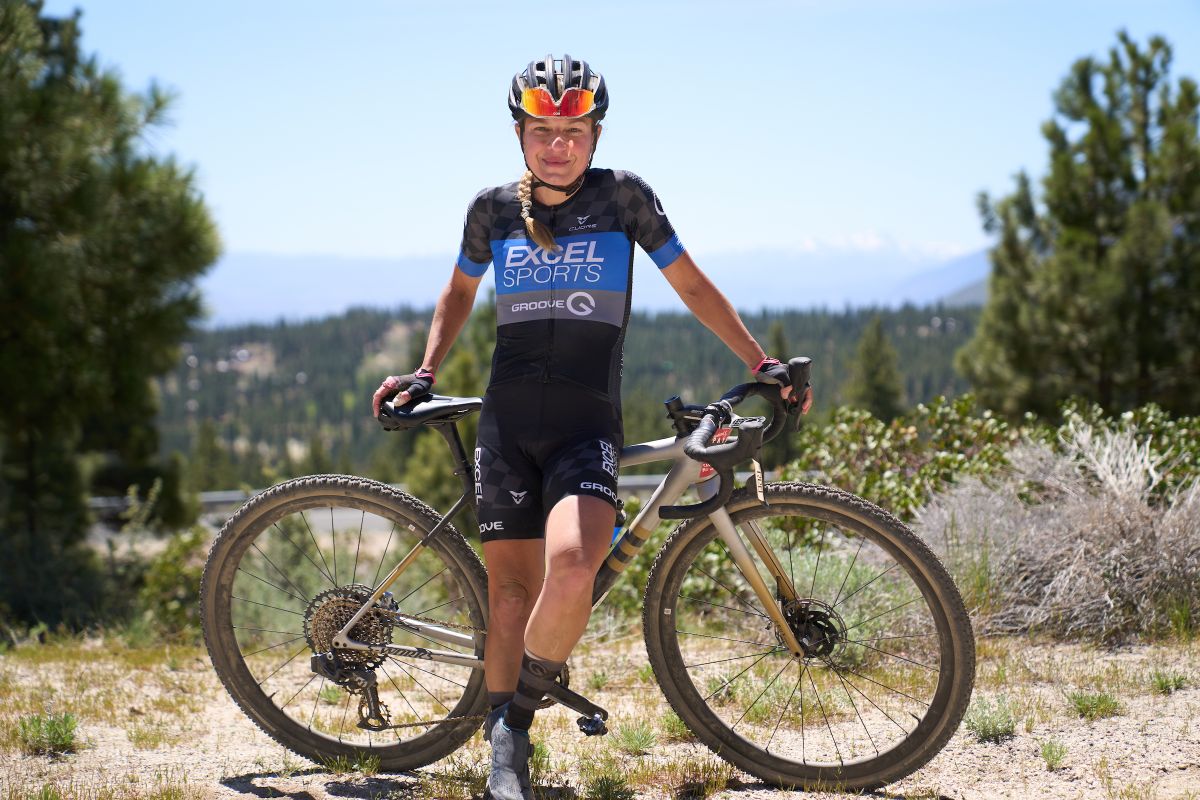 Flavia Oliveira Parks won the 2022 overall women’s title at the 2022 Stetina’s Carson City Paydirt on Saturday, with close to a three-minute margin over Lauren Cantwell in second. Julie Young was third overall.

Griffin Easter took the overall title for men, followed by David Greif in second and Levi Leipheimer in third. Tinker Juarez was the top male on the long course in the 50-plus category, and was seventh overall.

“Thanks for your patience for the last three years. It means a lot to me,” Stetina told riders before the morning start in Carson City, Nevada. The event officially began as a gran fondo ride in 2017, then converted to the mixed-terrain contest of pavement, gravel and sand two years later, but was halted for two years due to the coronavirus pandemic.

“I had promised riders at the start line that, for better or worse, this was going to be one of the most unique races they have ever done. They would have timed segments, weird aid stations, they were going to traverse the Carson Valley from one mountain range to another, which is very different and feels like an expedition out there,” Stetina told Cycling News after the dust had settled.

“It was what we had hoped. It was two years in the making and the way we had these timed segments with stops in the middle. A lot of gravel can feel really ‘racey’, and this really was something we could foster a collective, fun spirit while still letting people with competitive juices flow. Like Griffin Easter slamming a hot dog in the middle of the race was amazing.

“Overall, I think we hit it right. I’m pretty content after a two-year wait.”

The combined efforts of two timed segments accounted for overall standings, which was instituted to separate the competitiveness from the fun, keeping friends together as much as possible in the dusty desert. And dusty it was on Saturday, with 102.2km (63.5 miles) and 1,532.5 metres (4,700 feet) of elevation gain on the journey for the long course, the Paydirt.

At the end, riders could ride a mechanical bull, or try their luck in a tyre toss, to earn “alternative time bonuses” that could be applied their ride times. Stetina said most of the pros kept it safe with the tyre toss, to “make sure they were safe” with overall standings.

Easter and Leipheimer were the only two riders to record sub-one-hour times for both segments, Easter, who was third overall at this year’s Belgian Waffle Ride California, recorded a total effort of 1:43:43. Runner-up Greif was 1:29 back, but 1:45 faster than Leipheimer, who was more consistent over the timed segments. Grief had an issue on the first segment with a time of 1:02:10, but had the fastest second segment of the day, 43.02, to edge him in front for second place.

Each of the top three women in the Paydirt long competition represented best times in their age categories, Young the best in the female 50-plus field, Cantwell tops in the female Under-40 field and Oliveira tops for the female 40-49 age category.

“It was as challenging as it was fun,” Oliveira posted to her Instagram account. “To be honest, I wasn’t quite sure if I was going to be ‘ready’ to race again after the massive loss our bike family experienced.”

Prior to the mass start, the event held a moment of silence to honour Moriah ‘Mo’ Wilson, who was killed two weeks ago, her murder still under investigation in Austin, Texas. Oliveira was the runner-up at Belgian Waffle Ride California, behind the winning time of Wilson this year.

“I had forgotten my Garmin at home which meant I also had no power meter to guide my efforts. So I defaulted to my chasing after Mo mode. Her presence in this community will be felt for a very long time. We all miss her and all I could do was imagine riding like we had done so many times, until I knew at some part of a techy spot she would just ride away with her effortless moves through the single tracks. Today, I was able to focus on those great memories on and off the bike and that’s what I want to do: hold on to the good stuff. Thank you Pete for providing us with just that.

“Thank you for putting the women at the forefront of your event and taking a stand with us for more equality in our sport,” she added. “As I had mentioned at the podium presentation, I will be donating a portion of my Paydirt race winnings to the foundation that Mo’s family started. #RidelikeMo.”