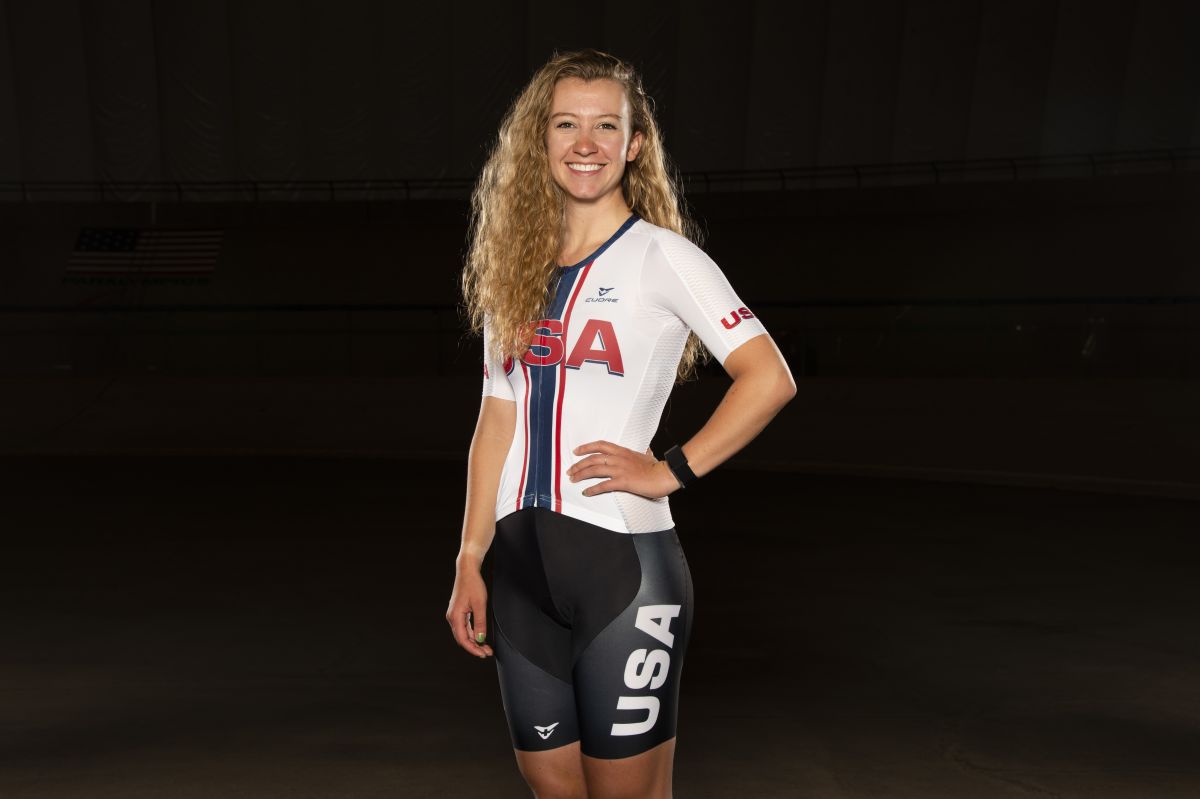 Just five days ago Emma White (Rally Cycling) called her solo win at Sea Otter “so darn special”. It turned out to be her final victory as a professional cyclist, as White took to social media Tuesday to announce she would retire from the sport in which she has competed for 15 years.

Only 24 years of age, the upstate New York native has progressed from a top-notch junior racer to multi-discipline US national champion, track World Champion and Olympic Games bronze medalist. She has spent the last six years in the professional ranks with Rally Cycling.

“It is with great pride, excitement and sadness that I announce I am stepping away from Professional Cycling. In the last 15 years I have gone from the junior ranks as a kid, to a Professional with Rally, on to a World Champion and then an Olympian. If you would have told me at 10 years old that any of this would have happened, I never would have believed it! The years have flown by, filled with some of the greatest memories and also some of the most painful heartaches. I’m grateful for all of it,” White posted to Instagram one day ago.

“I’m so lucky to have spent all six years of my professional career with Rally Cycling – a team that turned into family, supported me 100% and continue to do so. Thank you to the amazing partners that have invested so much in the success of riders like me. I will always consider myself a #RallyCat.”

White, who holds a degree in computer science from Union College, has not confirmed her next career move, adding on her social statement, “This isn’t goodbye. I’ll be around… Cycling will always be a huge part of my life but I have so many goals off the bike and I feel it’s time to conquer them.”

Most recently White competed for Rally Cycling at the rescheduled Sea Otter event in California, winning the circuit race and making it a team sweep of the podium for the women as teammates teammates Heidi Franz and Kristabel Doebel-Hickok captured the other two podium spots.

“I’m happy to be back with the team after some time away. My legs were a bit shocked to feel that kind of pain again, but they quickly warmed up to it. It always feels good to be back with Rally Cycling,” White said on the team web site just days ago.

The Rally Cycling squad applied to move up to the top-tier of women’s cycling for 2022 with a WorldTour licence. On Tuesday the team announced it has re-signed New Zealand criterium champion Olivia Ray, and added Henrietta Christie, the reigning New Zealand criterium U23 time trial champion, and Barbara Malcotti, aana Italian rider from Valcar Travel & Services.

“Emma is a champion in every sense of the word. From her relentless fighting spirit and unrivaled work ethic to her positive attitude with teammates and fans, she’s who you want in your corner. It’s been six unforgettable years and we can’t wait to see what she does in the future,” Charles Aaron, Rally’s managing director, told Cycling News.

White began racing cyclo-cross at the age of nine and took a bronze medal in her first national championship race the next year as at age 11. She would go on to win four junior titles in cyclo-cross from 2011 to 2015, then win junior titles at road nationals in the time trial in 2013 and 2014, and take the title in the junior criterium in 2015.

With the Cannondale p/b Cyclocrossworld ‘cross team, she won the women’s U23 cyclo-cross title in 2018 and finished seventh in the U23 category at Worlds. Later that season, she’d win the US Pro elite criterium national title, becoming the youngest woman to take that crown at age 21.

She would skip cyclo-cross and road competitions for the next two years to focus on the track, where at the 2020 UCI Track Cycling World Championships she was part of the women’s Team Pursuit squad to capture the gold medal.

After a year without any major track competitions due to the coronavirus pandemic, the US team would settle for the bronze medal at the Tokyo Olympic Games  in the women’s team pursuit, White part of the quartet with Jennifer Valente, Chloe Dygert, Megan Jastrab, and her Rally teammate Lily Williams part of the qualifying squad.