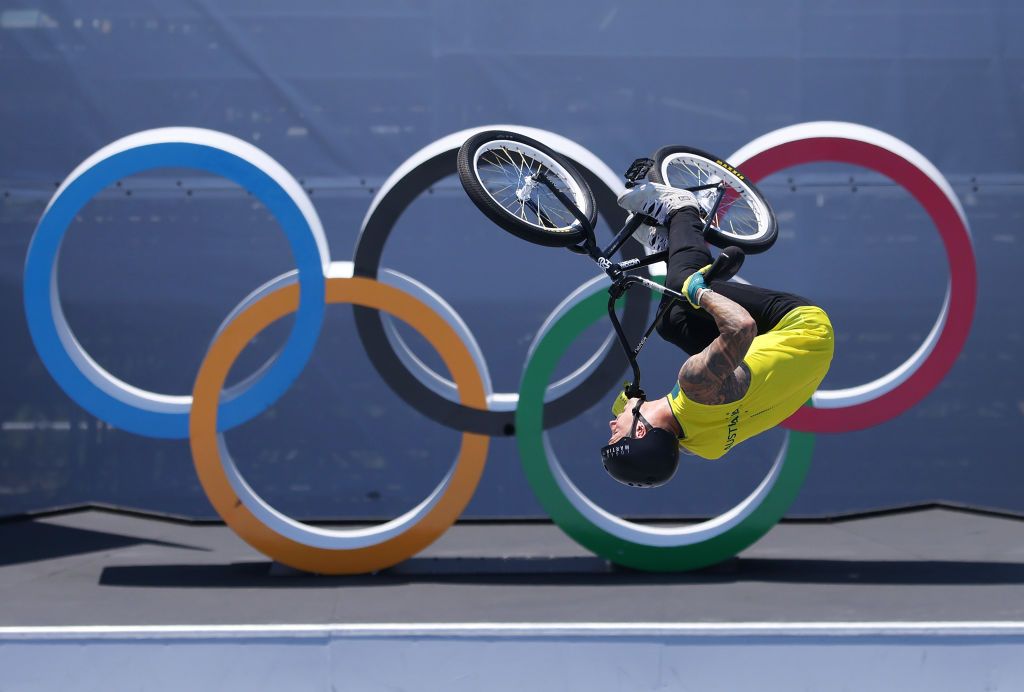 Never before has a BMX Freestyle rider stepped up to accept the Sir Hubert Opperman Medal, awarded to the AusCycling Cyclist of the Year, however after his performance at the Olympic Games it was no surprise that Logan Martin delivered another first.

The rider from the Gold Coast took a firm grip on the first men’s Olympic gold medal awarded in the discipline, needing just one run to secure the win at its Tokyo debut, completing a stellar year which also saw him crowned world champion.

“I have always just ridden my bike and put in the work, just like any other athlete does and to now be sitting alongside some amazing names, it is pretty hard to believe to be honest,” said Martin while accepting the top award of the night remotely.

“Yeah, it’s honestly massive for BMX Freestyle. For me to win this award, being the first-ever BMX Freestyle athlete to win it, it puts it more on the map,” Martin added. “We’ve just become an Olympic sport, and the past few years, we started working with the Australian Cycling Team, so to put BMX Freestyle on this trophy too is amazing.”

The ‘Oppy’ medal is named for revered Australian cyclist Hubert Opperman who, among his many achievements, won the non-stop Paris-Brest-Paris breaking all previous records over the distance along the way. The medal, bestowed 65 times, has gone to riders such as Richie Porte, Cadel Evans, Caleb Ewan, Anna Meares, Rohan Dennis, Robbie McEwen, Stuart O’Grady, Scott Sunderland, Michael Rogers and Michael Matthews.

Over the years the winners list has been dominated by road and track cyclists, but has gone to a BMX rider before, just not in the Freestyle discipline. Caroline Buchanan took the medal in 2013 after claiming not only a BMX world title but also the mountain bike 4X crown.

Ben O’Connor (AG2R Citroën Team), who came fourth in the Tour de France on his debut, took out the men’s road category.

“It is unexpected, and I think the year itself was also unexpected with how it played out and how I was able to finally achieve what I have always dreamt of and hoped for, and for those people have always put effort into me,” O’Connor said. “From my grassroots back in Australia from Wayne Evans with Satalyst Racing, to Andrew Christie-Johnson at Avanti, through to Dimension Data, and now to AG2R Citroën where finally feel I have found a strong home and a place I love to race and race my bike.”

Grace Brown (Team BikeExchange) took out the women’s road cyclist award again this year after delivering two Women’s WorldTour victories in 2021, coming fourth in the time trial at the Olympic Games and taking a long list of podium results despite having to end her season early as a result of a shoulder injury.

Among the other winners across the categories were Emily Petricola – who on her Paralympic debut took silver in the women’s C4 Individual Road Time Trial – and Australia’s bronze medal winning Olympic Team Pursuit team of Kelland O’Brien, Leigh Howard, Sam Welsford, Luke Plapp and Alexander Porter. Rebecca McConnell was also a clear-cut victor in the women’s mountain bike category after taking her eighth straight elite national title as well as silver at both the Lenzerheide and Snowshoe Mountain Bike World Cups plus bronze at Nove Mesto.